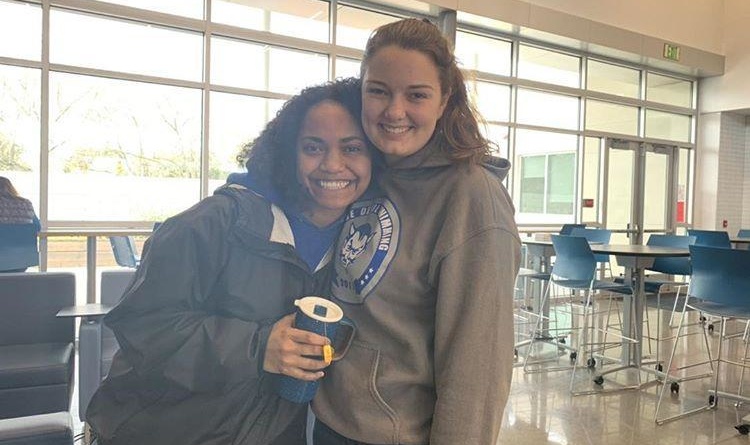 A group of juniors cluster around the lunch table, their phones in hand as they huddle together to escape the February cold. Phone screens display the ballots for the 2019 ASB elections and heated debates take place about who is the most qualified for ASB President or Vice President.

As they scroll to the bottom of the ballot, however, students’ attention dwindles and they thoughtlessly click the candidate that seems popular or that they are friends with.

While the ASB elections always bring with it excitement and controversy, the buzz seems to revolve mostly around the more known positions, such as ASB President and Vice President, leaving out the lesser known positions.

“I think the general population might not see or hear much from the ASB Secretary, Treasurer, School Board Rep,” student government teacher Anthony Vasquez said. “[But] they have just as much say on the executive board and they do important work.”

One position that is oftentimes overlooked is Communications Commissioner. Current officer Sophia Fingerman contributes to Davis High with her Potty Press posters and consistent social media posts about school events.

“What a lot of people don’t realize are the responsibilities of the position,” Fingerman said. “I run the Student Government social media accounts and I am constantly posting to try and keep the Student Body informed, and clubs and activities advertised.”

“Especially this year, the position has grown to increase communication with surveys and the Youtube Video Bulletin, BDPTV,” Fingerman said. “[It offers] a way for people to voice their opinions to Student Government by utilizing social media and our online resources.”

Another lesser known position is Secretary of Spirit. “[This position] is heavily involved with the BDP squad and in upholding school spirit through various rallies, spirit weeks, and at our athletic/school events, which is important,” Wang said.

Additionally, another position that is glossed over is Clubs Commissioner. Sophomore Eli Yasui, next year’s Club Commissioner, does not care so much about the publicity as his role in Student Government.

“Currently, there is a lack of club diversity at Davis High, and I hope to expand that variety,” Yasui said. “I really want to make the club application process more streamlined so it’s easier to make clubs, which will improve the club diversity.”

Vasquez advocates for more appreciation expressed toward the ASB officers who do not get much of the spotlight, and he hopes that Student Government can bring back some lesser known positions that disappeared in the past years.

“Two positions that we are trying to resurrect are Historian and Climate Commissioner,” Vasquez said. “The former would take photos and video of our events and the latter is definitely not a weather person.”