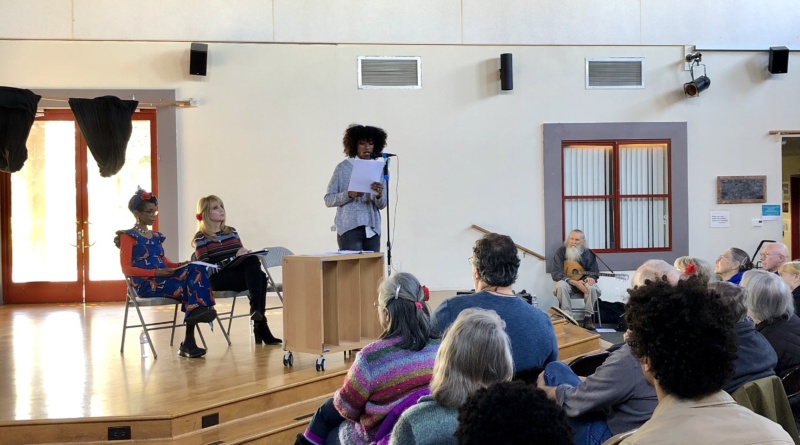 Carol Grellas rolls a portable cooler of refreshments through the door of the Davis Arts Center in anticipation of a Feb. 17 gathering of Davis poetry enthusiasts. Soon, chairs, a food table and a mic are set up as host James Lee Jobe scans the room for theself-dubbed Ladies of the Knight: Carol Grellas, Angela James and Jeanette Sems.

The event name, Poetry Overturned- Ladies of the Knight, is a nod to Geoffrey Chaucer’s “Canterbury Tales.” “The Tale of the Wife of Bath” by Chaucer is incorporated into James’ storytelling.

“[In the “Canterbury Tales”] these pilgrims [are] trying to get to Canterbury and… telling stories along their pilgrimage. Angela had this idea that if we were three women telling different stories with different voices that might send a powerful message,” Grellas said.

The women sat on stage taking turns to read their poetry. James moved far from the mic, gesturing with her arms when not equipped with a gourd rattle. She was usually accompanied by plucking strings or a drumbeat.

Next up was Grellas, sharing poems about her mother-in-law, broken promises, and of teenager Audrie Pott who was sexually assaulted before taking her life. Grellas highlighted the unjust laws that allowed the perpetrators to be shielded from repercussions.

LISTEN to Grellas talk about how her experiences as a woman have influenced her poetry:

Sems, arriving straight from winning a slam poetry contest, picked a fast pace with lines on the impacts of racism as well as an encounter in which she was called an ape.

LISTEN to Sems recite her poem:

“The beauty of poetry is you can take a painful experience and things that relate to other people and turn it into an art form and […] someone who maybe hasn’t experienced racism or being marginalized may be sitting in the crowd and start to think about what I’m saying,” Sems said. 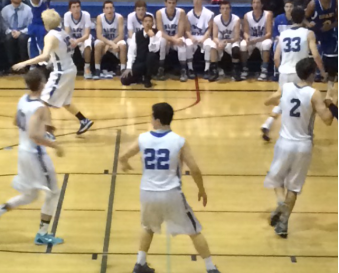