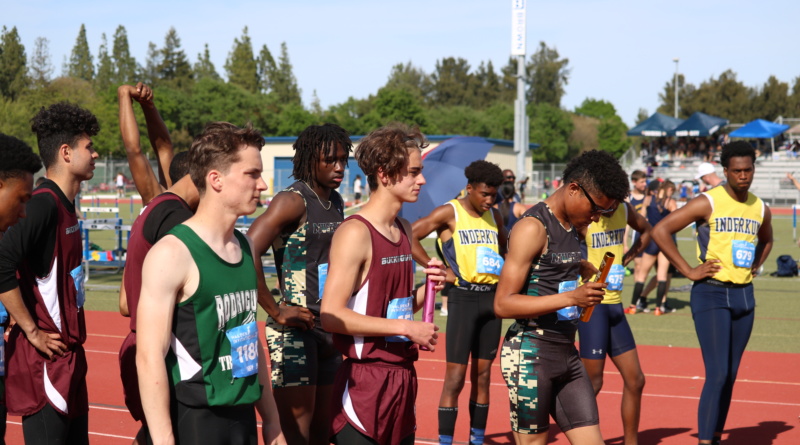 Many Davis High students found themselves downtown or on the UC Davis campus celebrating Picnic Day on April 13. Meanwhile, a select group of DHS athletes were competing in the annual Halden Invitational.

The meet has become a picnic day tradition as 45 schools and approximately 1,600 athletes gathered at DHS track to compete. The first gun went off at 10 a.m. and the last runner crossed the line at 10 p.m.

The meet consisted of varsity girls, varsity boys, JV boys, JV girls and middle school divisions. The winners of each event in each division were awarded backpacks provided by Northface, while other competitors that made the podium were given “award” socks or waterbottles.

“To me its a source of pride that we’re able to put on this great meet that gets really good feedback from other programs,” track and field head coach Spencer Elliott said.

Every year, meets such as the Arcadia Invitational and the Sacramento Meet of Champions host very exclusive competitions where the top athletes in the state come to compete. However, the Halden Invitational is meant to provide the ambiance and competition of an elite meet while also allowing for a wide range of athletes to compete.

“I think our goal is ‘lets create a track meet where a lot of people can attend… but at the same time, we’re trying to make them feel special,’” Elliott said.

However, the meet is not run by Elliott alone. In order to pull of the event, it takes an army of parent and student volunteers.

“What really makes it unique is how the community gets involved,” distance runner sophomore Diego Perez said.

In addition, the event serves as one of the team’s main fundraisers. The meet draws sponsors from local companies such as Fleet Feet, charges admission from spectators, sells T-shirts and concessions and brings in food trucks to make money. All profits from the meet go towards improving the track and field program as well as covering general costs.

The DHS athletes who competed performed well and worked hard to defend their home turf. In the distance “fiesta,” Perez and junior Zeno Castiglioni placed first and second, respectively, in the varsity 1600 meters. Castiglioni also took second in the varsity 3200 meters.

The track and field team now looks ahead to a two-week break before beginning the championship season on May 1.

Tucked in the corner, away from the track, stood the shot put and discus competitions. Placing first, as well as setting a personal record with 47 feet 4 inches in the varsity men’s shot put was junior Webb Johnson.

“The meet was long but went really smooth because of the help of volunteers and the leadership of our coaches who were there all day. They definitely worked their hinds off that day and deserve all the credit,” Johnson said.

Adjacent to the shot put throwers were the discus competitors. While the Blue Devil varsity men’s team did not place first in this event, senior Travis Cosgrave set a personal record at 122 feet and 7 inches. Eastham also set a new personal record at discus.

“The girls were all so talented, it was really cool to go out and compete with them,” Siemens said.

Over at high jump, seniors Hannah Lybbert and Tiyanane Kamba-Griffin placed first with a height of five feet three inches. For the varsity men, senior Aidan Doms placed fourth with a jump at 6 feet and 1 inch.

Lybbert also competed in the long jump, reaching a new personal record at 16 feet and three-quarters of an inch. Senior Liam Reeve achieved ninth place with a jump at 19 feet 5 and a half inches.

“Halden was crazy. There were so many people there that I could talk to and cheer on,” sophomore Tai Hackett said. 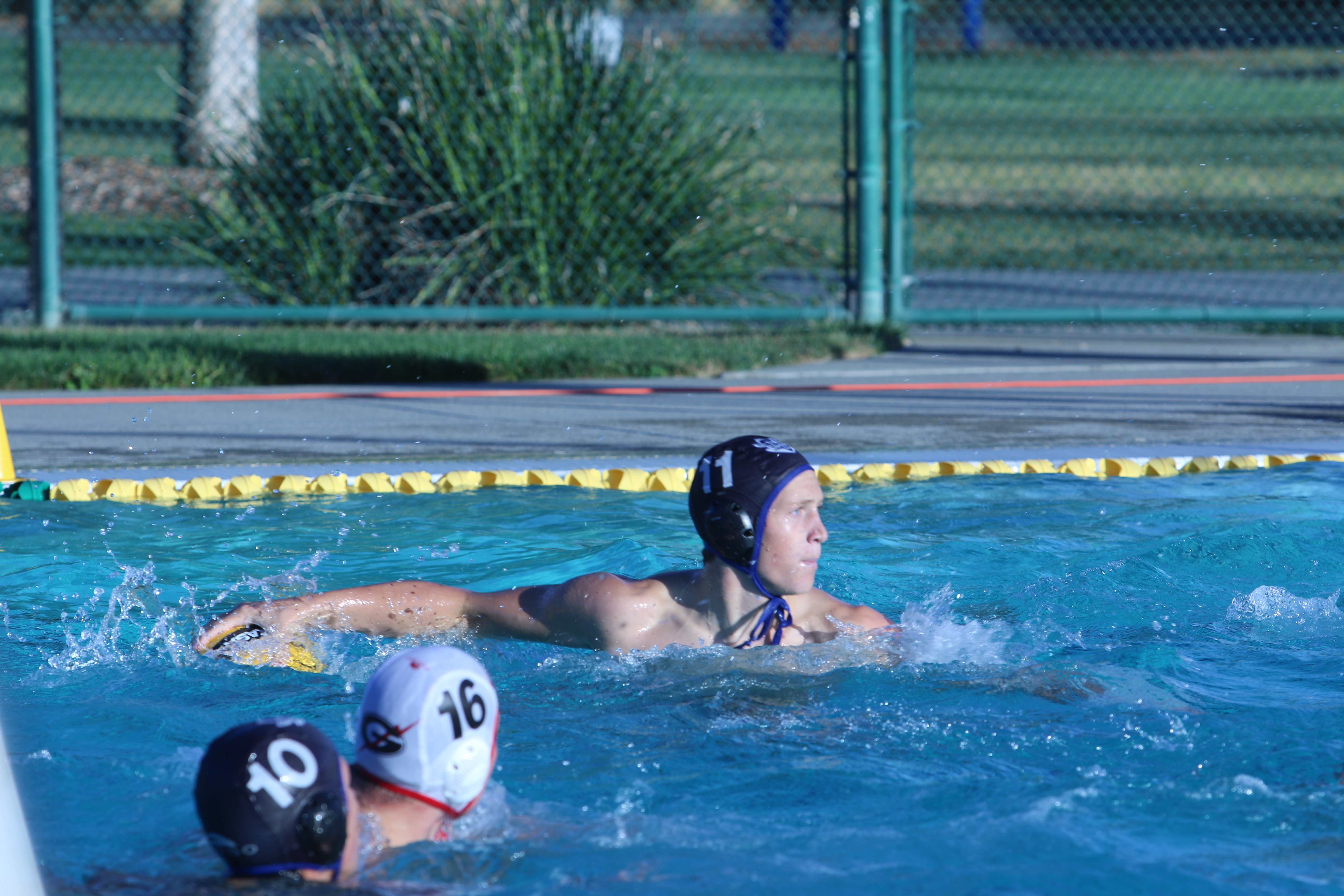