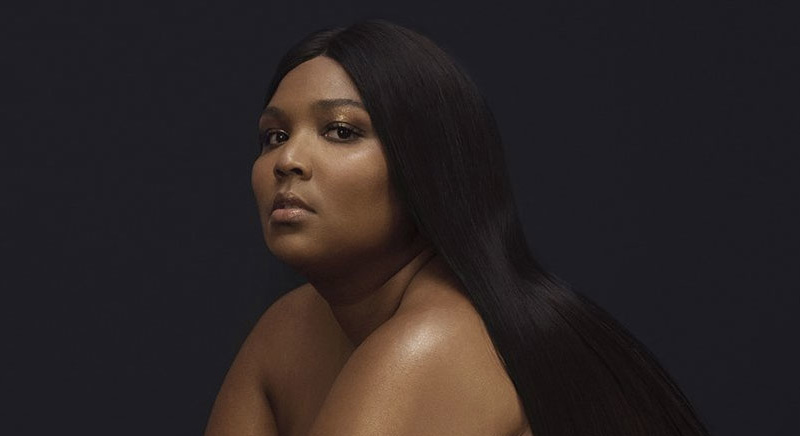 “I’m cryin’ cuz I love you,” wails rapper and singer Lizzo in the title track of her third studio album “Cuz I Love You.” The album was released on April 19 and the opening lyric sets a tone for the entirety of the album, which deals with Lizzo’s past love, current love and, overall, her self-love.

There is not a dull moment on the album, as the tracks are mainly up-tempo and the rapping is equally fast-paced. Her lyrics are also witty and unpredictable and she adds humor and pop culture references in almost every song.

The artist fuses rap and vocals throughout the album and she is equally skilled on both fronts. While Lizzo’s singing is bold, daring and versatile, her rapping is playful, creative and on beat.

Lizzo has been releasing music to platforms like Soundcloud since 2010, she has recently found a mainstream audience and gained recognition for the album’s three singles: “Juice,” “Cuz I Love You” and “Tempo.”

However, her popularity is not only due to her vocal ability. Lizzo is a classically trained flautist and has seen recognition for her #FLUTEandSHOOT videos on social media, where she plays flute over a hip-hop beat and then breaks into dance. Her flute skills are featured on songs like “Tempo.”

Lizzo also puts body-positivity at the forefront of the album. The album artwork shows Lizzo sitting nude against a navy-blue background, and many lyrics throughout the album focus on uplifting not only plus-size people, but people of all shapes and sizes.

“Cuz I Love You” has two features from rappers Missy Elliott and Gucci Mane, on songs “Tempo” and “Exactly How I Feel,” respectively. Both of the artists compliment Lizzo’s energy and style and contribute engaging additions to their respective songs.

Overall, “Cuz I Love You” deserves an eight out of ten. While the songs are strong, at times, they have repetitive sections which have the potential to be perceived as boring.

“Cuz I Love You” is an explosive start to the album, featuring high notes, vocal runs, vibrato and descending and ascending chromatic guitar riffs in the chorus. The heavy guitar juxtaposes lighter, staccato piano chords in the verses, but Lizzo’s voice stays strong in all parts of the song.

“Like a Girl” discusses Lizzo’s femininity and the women who have inspired her. Shoutouts aimed at Lauryn Hill and Serena Williams highlight strong female figures in pop culture who show that if one “fights like a girl” they can “rule the whole world.”

The leading single off “Cuz I Love You,” “Juice,” displays Lizzo’s self confidence. Her personality shines through the lyrics and vocal variations, while an infectious ‘80s workout-pop keeps the song moving. “Juice” is one of the many songs that promotes body-positivity and self-love, and the feel good lyrics reflect these main themes of the album.

The “true story” of “Soulmate” describes Lizzo’s transition from a negative romantic relationship to her finding love in herself. Lizzo says that she treats herself when she wants and does not need someone else to do it for her. The quick clapping beat and the repetition in the bridge of the song cause the song to feel like it could have been just as successful in 2010, as the sound is reminiscent of pop-rap songs of the era.

Lizzo sings her heart out to “Jerome” on the fifth song of the album, where she tells the subject of the song that she is leaving him. The song’s doo-wop instrumental arpeggios are akin to Rihanna’s “Love on the Brain,” which rose to popularity in 2016. Lizzo is not afraid to express her emotions towards her ex and is not afraid to let the whole world know.

“Crybaby” is a 1980s-inspired rock song, where Lizzo proclaims that she doesn’t have to apologize for crying when she needs to. The lyrics could be call back to Frankie Valli and the Four Seasons song “Big Girls Don’t Cry,” as she states that “big girls got to cry” in the chorus, contradicting the Four Seasons’ tune. Lizzo’s message in “Crybaby” is empowering, as it encourages listeners to let out their emotions by crying when they find it necessary.

Missy Elliott joins the tracklist on “Tempo,” where she teams up with Lizzo to celebrate “big boned,” “curvy” and “thick” girls. The end of the song contains snippets of Lizzo playing her flute, and Elliott’s verse is electrifying.

“Exactly How I Feel” is a carefree tune with support from rapper Gucci Mane. Lizzo demonstrates her vocal power as she sings about how she does not care about the public’s perception of her, as she will not change herself no matter what they think. Gucci Mane’s verse and adlibs factor into the enjoyable feeling of the song, which radiates a positive energy.

The pop and trap fusion “Better in Color” centers around how “love looks better in color.” Lizzo says that she does not care what her potential lover is like, as long as they have good chemistry with her which makes romance colorful. The song is fairly short, at just over two minutes, which make it somewhat forgettable, but it is still worth a listen.

“Heaven Help Me” revolves around an upbeat piano riff and a repeated chorus. While the repetition can sound monotonous to some, lizzo’s vocal talent outshines the lack of variation in words. The song ends with only flute and piano playing light and airy melodies together, which sets up the tone for the next song, and again emphasizes Lizzo’s instrumental talent on the flute.

Lizzo slows down the tempo on “Lingerie,” the final song on the album. She shows off the versatility of her voice, starting the song low and soft, crescendoing to her higher register during the choruses and taking it back down to end the album on a conclusive, peaceful note.

“Deepwater Horizon” is a disaster movie with heart