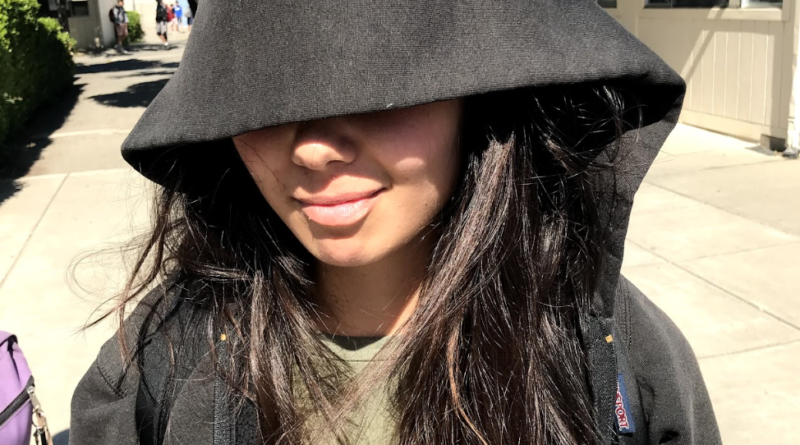 From babies to Dwayne “The Rock” Johnson, a comical variety of outfits appeared throughout the week leading up to the Powderpuff football game.

The week started off with “Meme Tuesday,” where students dressed up as their favorite meme or vine. Popular characters included The Rock, the Arthur meme, and fake mannequin heads.

Junior Lia Elms dressed up as the evil Kermit meme.

“It was last minute and I didn’t really know what to do, so I picked an easy meme that I thought would be funny,” Elms said.

Following “Meme Tuesday,” Davis High students took a trip on the wild side on “Wild Wednesday.” Dressed like they were from the savannah, students wore a variety of animal printed clothes. Many students chose to wear clothing items that were cheetah printed, while others wore snakeskin print or zebra print.

Junior Ainsley Dahl wore a cheetah print shirt with khaki shorts and a camo bucket hat. A lot of the clothes she finds don’t come straight from a store.

“I usually go to Goodwill the Sunday before a spirit week. Also, my cousin who went to DHS a few years ago has a bin of clothes that I use,” Dahl said.

Senior Lily Heilmann, dressed in a pink cardigan, brought a walker around school for the day. Senior Maraia Tuqiri rolled curlers in her hair and put on a floral skirt. Junior Cory Kodira sported a visor and a polo shirt to capture the “soccer dad” aesthetic.

Finally, students celebrated their patriotism on “Freedom Friday.” Dressed head to toe in red, white and blue, students got hyped for the Powderpuff game that night. 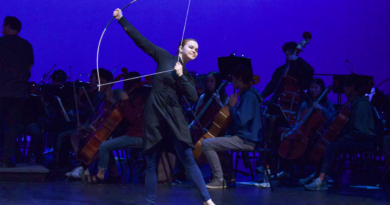 June 1: Seniors Tim McIntyre and Lin Yang get ice cream from the Ice Cream Social put on by student government on May 31.