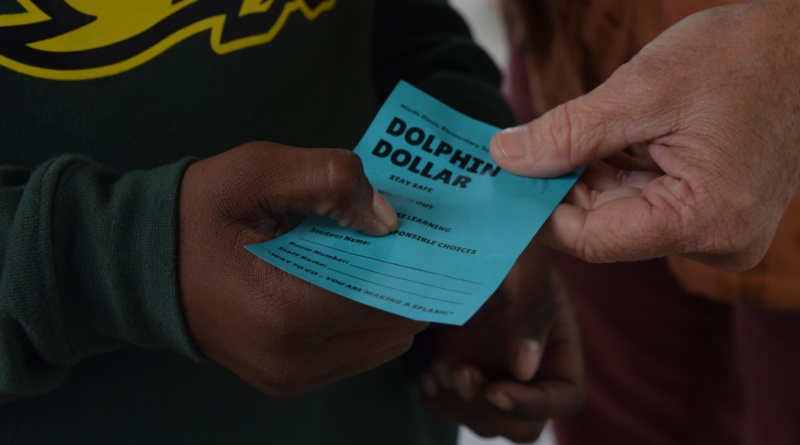 PHOTO: North Davis students wrote about “dolphin dollars” for one article that inspired the name of their newspaper.

After working weekly for months, a group of North Davis students met on June 4 to read their first newspaper of the school year. The newspaper, titled “The Dolphin Times,” was the product of North Davis Journalism Club’s  collaboration with the HUB at Davis High.

The club was started by Eleftheria Arapoglou, mother of a fifth-grader at North Davis. She began the newspaper club last school year and did most of the work by herself.

“I single-handedly dealt with this, so I met with the kids, I solicited articles, I did the editing, the publishing, everything. It was fun,” Arapoglou said.

Another mother, Tracy Ringgold, teamed up with Arapoglou and suggested that for this school year they collaborate with DHS students.

“I kind of came up with the idea of collaborating with the HUB for this. Last year the newspaper was their first year and it took off, but then this year I was thinking, ‘gosh it would be fantastic since the high school’s just right there and we could get some type of mentoring collaboration going,’” Ringgold said.

The HUB agreed to help out, as did North Davis teacher Cammie Portello, who hosted the club every Tuesday in her classroom. About 20 elementary students came to the club regularly, according to Arapoglou.

“I really liked it. I liked writing and I kinda liked how we had partners and stuff cause it was kinda easier to contribute ideas to each other,” fifth-grader Evridiki Arapoglou said.

Ringgold’s two sons, Cal and Jack, are also members of the club. Cal, a fifth-grader, wrote an article on the pros and cons of school lunch, which included a chart.

“I think it’s fun to write the newspaper and I like to be participating on stuff like this,” Cal said.

”My favorite part is seeing it being made. It looks good, a lot better than last year’s,” sixth-grader Jack said.

Overall, Ringgold thinks that the club was a success.

“We are hoping now with this, that this will stir some excitement and next year we will have quarterly issues,” Ringgold said. ”I think they will be super excited when they see the final project.” 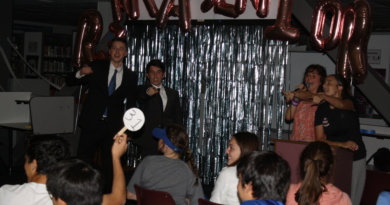