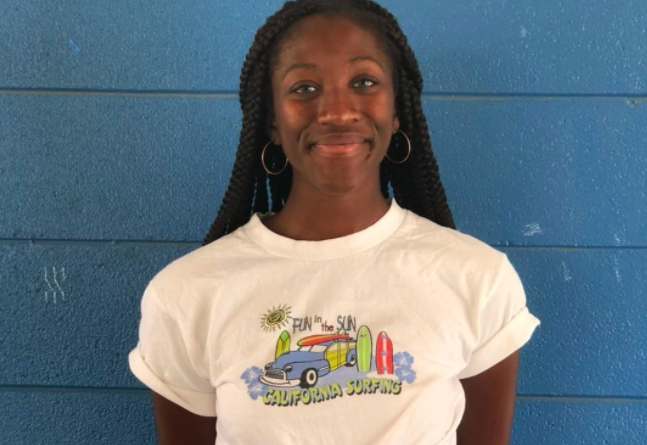 PHOTO: Many Davis High athletes, including senior Tiya Kamba-Griffin, will take their passion in sports to college.

Many continue their sport in college. This year’s graduating class has 32 soon-to-be student athletes committed to play their sport at the collegiate level.

Senior Matt Haass, who has been playing golf for four years now, began playing the sport because it was the one sport he truly wanted to go to.

“All my friends do it and we’re pretty tight [so] it’s pretty good to have some buddies out there,” Haass said.

Having friends around in anything one does is always nice and comforting, but in a sport, it makes the team that much stronger.

Senior Tiya Kamba-Griffin began playing volleyball because she couldn’t play soccer. This is her third year playing the sport.

Along with friends being on the team, Kamba-Griffin also commemorates her coach, Julie Crawford, for always being supportive no matter what.

Playing at a collegiate level is very different from playing at the high school level, but for Kamba-Griffin, the biggest difference is going to be how much bigger her competitors will be compared to high school or club athletes.

“It’s like when I moved from JV to Varsity, the speed of the game was much faster so I think it’s gonna be like that,” Kamba-Griffin said.

Haass plans to play golf at Holy Names University at the second division level while Kamba-Griffin will be playing at California State University in Sacramento for the first division level.