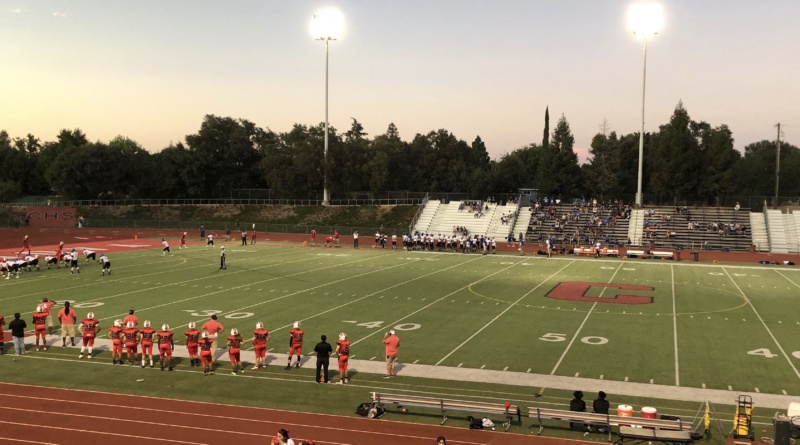 The Davis High varsity football team played against Cordova High for their second game on Friday, Aug. 30, ending with a dominating score of 64-0.

iSenior Brennen Garvin, quarterback, made the first touchdown in the opening minutes of the game, setting the tempo for the Blue Devils for the rest of the game. Then, before the end of the first quarter, junior Aaron Turner made a second touchdown.

Turner made his third touchdown of the night with a 20-yard run off the left side, thanks to perfectly placed blocks by junior Patton Miller and sophomore Keiffer Jones, leaving the score 28-0.

Senior Tendai Gundumura made his second interception of the game and an 80-yard touchdown, but was called back with a penalty.

Junior Zack Brooks and Marquez Allen were dominating on defense, forcing Cordova to punt for the fourth time with just six minutes left in the second quarter.

With help from Turner and senior Tony Hays mastering the running game, the score was 34-0 in favor of Davis by halftime.

Davis drove 30 yards downfield, which was capped off by a 6-yard run by Garvin for his second touchdown of the game. With seven minutes left in the third quarter, Davis led 41-0.

Davis pinned Cordova on their own 13-yard line during kickoff, and the next play Cordova fumbled a pitch, which was recovered by senior Kel Williams on the Cordova 5-yard line.

Although Cordova tightened up their defense, forcing the Devils to fourth down, senior Teddy Oldham kicked his first field goal of the year giving Davis a 44-0 lead with five minutes left in the 3rd quarter.

Another strong defensive stop for Davis forced Cordova to punt, with junior Xavier Chambers returning the punt 40 yards to the Cordova 8-yard line.

On the second play Turner busted through the line for an 8-yard run, and his fourth touchdown of the game.

The Blue Devil defense forced another fumble and recovered on the Cordova 22-yard line. Three plays later, Garvin scampered through the left side for a 9-yard touchdown run, ending the quarter with a score of 57-0.

On third down and long from the 40-yard line, Garvin hit junior Cameron Nelson for a deep pass down the sideline for Davis’ ninth touchdown of the night.

Davis defense was tough and held the Lancers to only two first downs the whole game.

“Being quarterback feels the same thing as playing any other position because every one of us are leaders by ourselves,” Garvin said. “We all try to lead the team in your own way, so it’s really not just me leading the team as a quarterback, it’s us all leading the team together.” 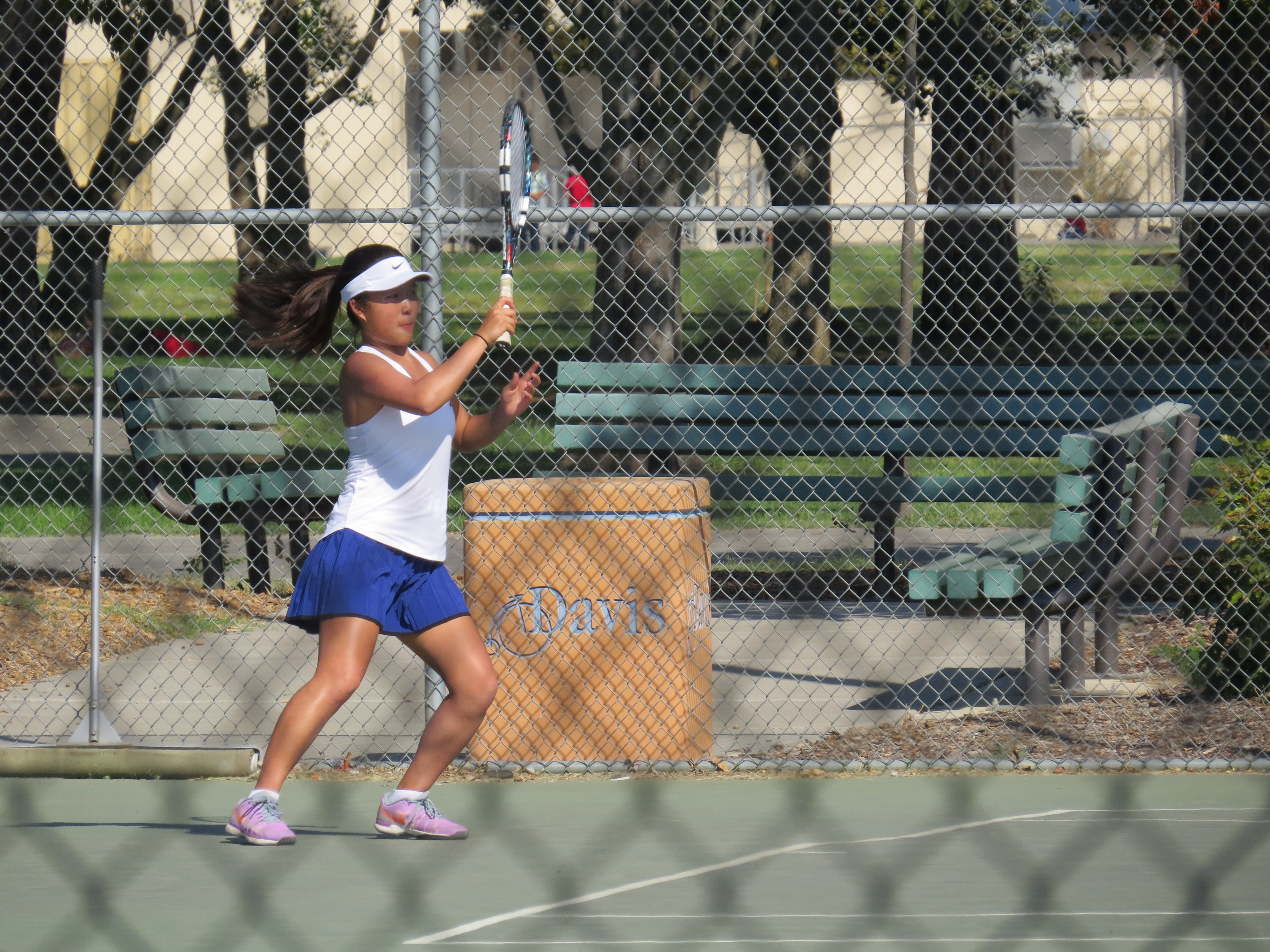