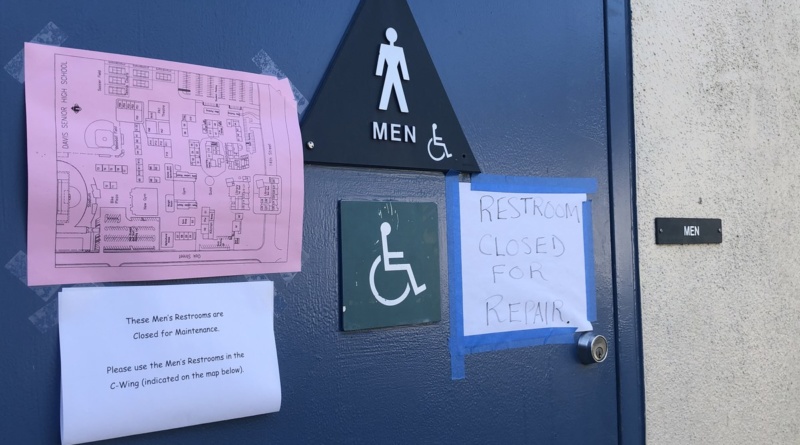 PHOTO: The men’s restroom in the L-building is closed for “maintenance” and “repairs,” according to the signs posted on the bathroom door.

The men’s restroom in the L-building has been vandalized eight times during the 2019-2020 school year. In these incidents, there has been graffiti, graphic drawings and most recently, walls that have been kicked or punched in. The vandalism has resulted in the closing of the male L-building bathrooms.

Principal Tom McHale has confirmed that the most recent closure of the men’s restroom was due to vandalism. However, no specific details have been released.

Due to the frequency of vandalization, the L-building bathroom has been temporarily closed for repairs and for operations staff to determine the best solution to this ongoing dilemma. According to Clayton, Davis High administration is also discussing better supervision or limited access during the school day as possible solutions to the bathroom vandalism.

The closure of the men’s L-building bathroom has caused many male students to waste valuable class time trying to find an available restroom.

“It’s a pain to walk across campus to use the restroom, especially if there is an important lecture. I don’t want to have to waste time walking around to find an open restroom,” junior Tonio Corbett said.

Some teachers restrict how long students can be away from class and in the bathroom, which is difficult to abide by when the closest facility to your classroom is closed.

“It has been […] annoying because I have a class in the L-wing and I can never use the bathroom,” junior Kavi McKinney said.

While this closure appears to be an inconvenience for some DHS male students, it is also the only facility available in the evening, specifically for male attendees of the Davis Adult and Community Education program.

Many DHS staff members are working hard in order to find a permanent resolution to the constant defacement of the restroom. 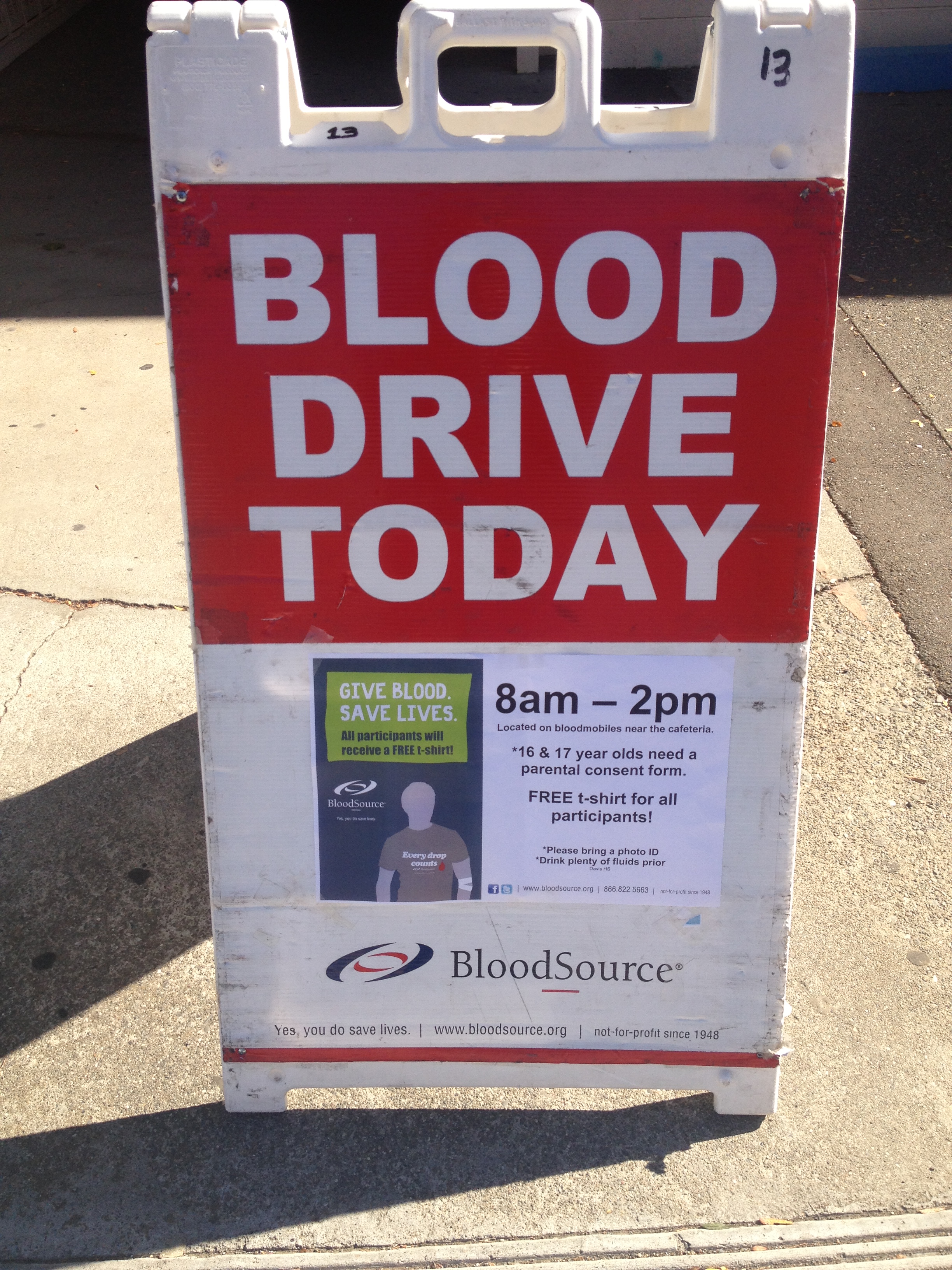