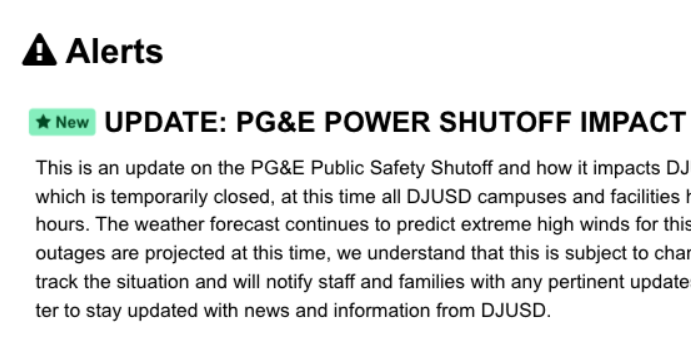 IMAGE: The Davis Joint Unified School District posted alerts on school websites to inform students of the power situation. All schools remained open except for Fairfield Elementary, which was closed temporarily.

Early on Oct. 9, 2019, Pacific Gas & Electric began shutting off power to thousands of residents across Northern and Central California. The large scale shutdown was conducted to prevent a wildfire during wind storms.

“We share the state’s focus on reducing the threat of catastrophic wildfires in California, and that’s why we took this action,” PG&E CEO Bill Johnson said, in a statement posted on their website.

Many students at UC Berkeley were affected, including former Davis High students.

Former DHS student Albert Chang chose to return to Davis to wait out the outage.

“We were notified the day before the outage was going to occur,” Chang said. “Many people went home, some went to L.A. for trips. The majority just stayed in their dorms to relax or study.”

Classes at Berkeley were cancelled on a day-by-day basis and students who went home were forced to gamble that the cancellations would continue. Many of the university’s students were not informed until later that assignments would be postponed as well.

Several students at DHS were also affected during the power outage.

Junior Molly Mahoney underwent a stressful situation when she learned that she might not get her homecoming dress in time due to her tailor’s power being out.

“I was annoying because they promised me it would be ready by Friday and it wasn’t,” Mahoney said. “I was really worried it wouldn’t be ready in time.”

The four day shutoff was followed by criticism from California Gov. Gavin Newsom regarding the company’s decision to cut off power from thousands. PG&E is looking for new and more effective ways to prevent wildfires.

“We welcome inquiry and feedback from all our stakeholders, including our regulators, lawmakers, customers and communities and will be reaching out to them for comment in the days and weeks ahead,” Johnson said. 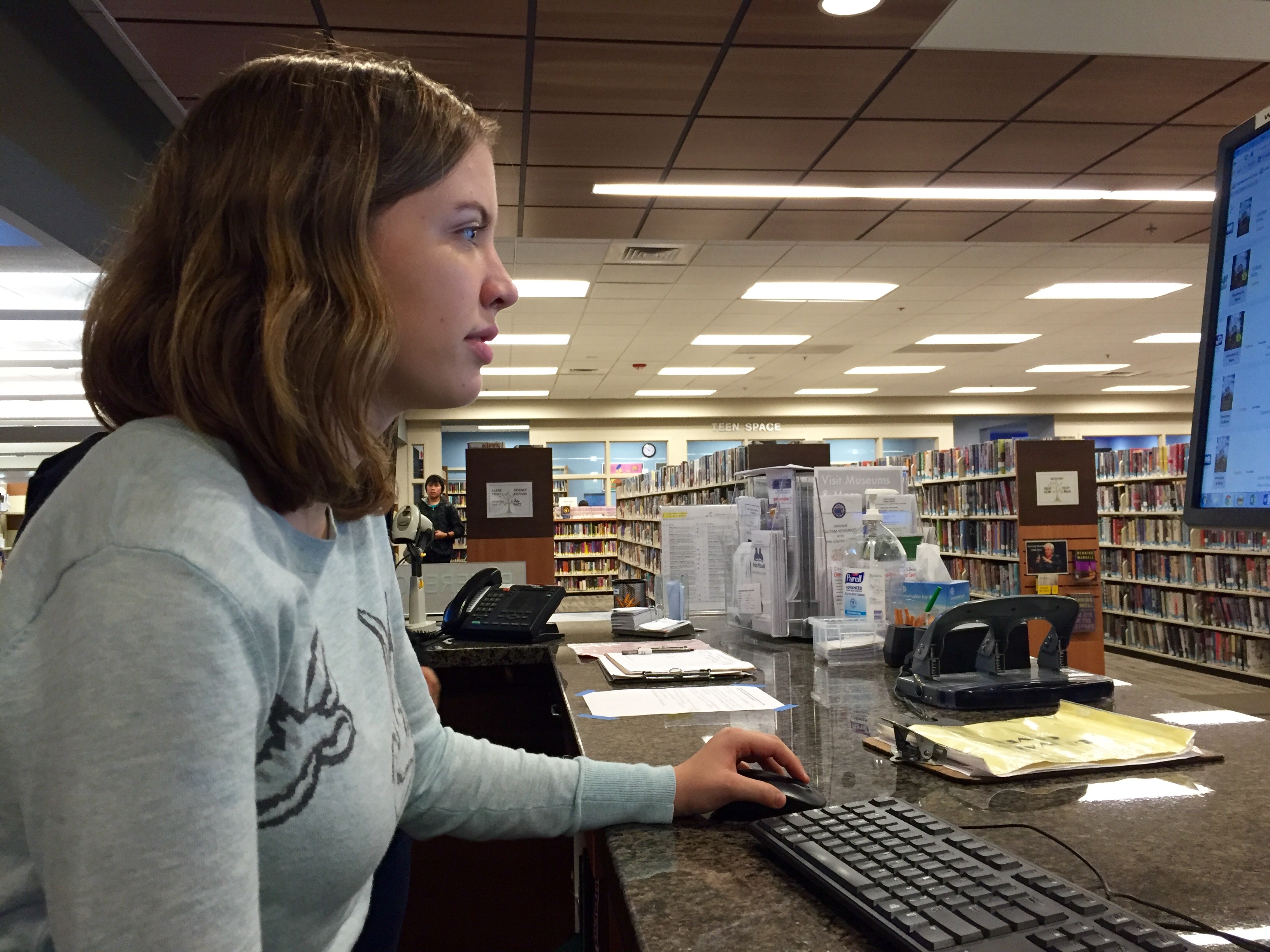 INTERVIEW OF THE WEEK: Claire Drown