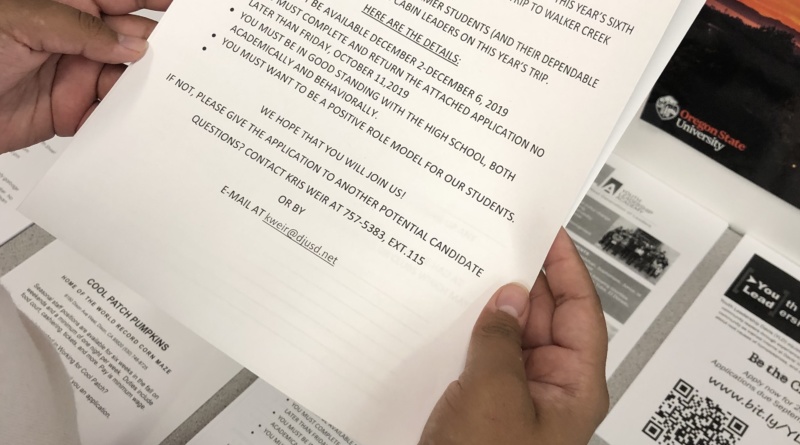 PHOTO: Applications to be a Walker Creek cabin leader are available in the Career Center at the All Students Center.

DHS students Alondra Sanchez Diaz, Huda Abdeinur, Sepp Sanchirico,and Nick Kennedy were all leaders last year, and they all confidently agree that the pros of being a cabin leader outweigh the cons.

Often, the most intimidating aspect of being a cabin leader is missing a week of school.

DHS teacher Peter Reilly has witnessed several of his students serve as cabin leaders for over 20 years.

“Each individual student should evaluate if it’s in the best interest for their grade,” Reilly said. “It’s good to let students make decisions. But, it’s also good for students to have to deal with the consequences of their decisions.”

Those consequences come in the form of missed lessons and stacks of worksheets. “I was worried about the workload accumulated from those five days,” Sanchez Diaz said.

Sanchez Diaz’s strategy for dealing with the make up work was to talk to teachers in advance and complete a portion of the work during the week prior to Walker Creek.

Although the makeup workload can overwhelm students, missing school does have its pros. Sanchirico enjoyed a change to his routine, and was relieved to have a break from the stress of school and extracurriculars. Students can really benefit from a mental break.

Despite putting their learning from school on pause, cabin leaders learn valuable life skills that they are not typically exposed to.

“Before, I underestimated myself,” Abdeinur said. After, as a cabin leader, she realized how capable and responsible she is. Kennedy had a similar experience. “I learned a lot about me, like my patience levels and how much I can take,” he said.

Supervising a large group of sixth graders, hyperactive with their excitement of leaving home and staying with friends, can definitely challenge cabin leaders. However, compared to school, “it’s a fun stress,” Sancharico said.

For example, Abdeinur dealt with drama and “petty girl stuff” between girls in her cabin, she said.

When it came to the sixth grade boys, Kennedy faced problems of a different nature. “Cleanliness was rough in our cabin. You can’t make them brush their teeth or shower. Or put on deodorant,” he said. Cabin leaders also find difficulty in keeping kids on time and organized.

However, more than anything, cabin leaders find it fun spending time with the younger kids. “They have a lot of imagination. And it’s something refreshing to see after being in highschool,” Sanchez Dias said.

Serving as a role model for young kids can also feels amazing. “These kids, they look up to you and appreciate you, and it’s so cute,” Abdeinur said. Everyone gets so close that by the end “you’re almost like an older sister to them.”

Kennedy and Sanchirico both felt the kids looking up to them during the highlight of their trip, the Barnyard Boogie. Teachers essentially told cabin leaders to dance as crazy as they can, Kennedy said. “We would bring the energy and [the kids] would follow,” he said.

Dancing on the barnyard floor among all the sixth graders and cabin leaders made Kennedy ecstatic to be a cabin leader.

While making up school work and staying responsible for young kids can be challenging, cabin leaders learn life skills and have a fun time.

“The only cons that I really had were minor, like nothing that would stop me from doing it again,” Kennedy said. 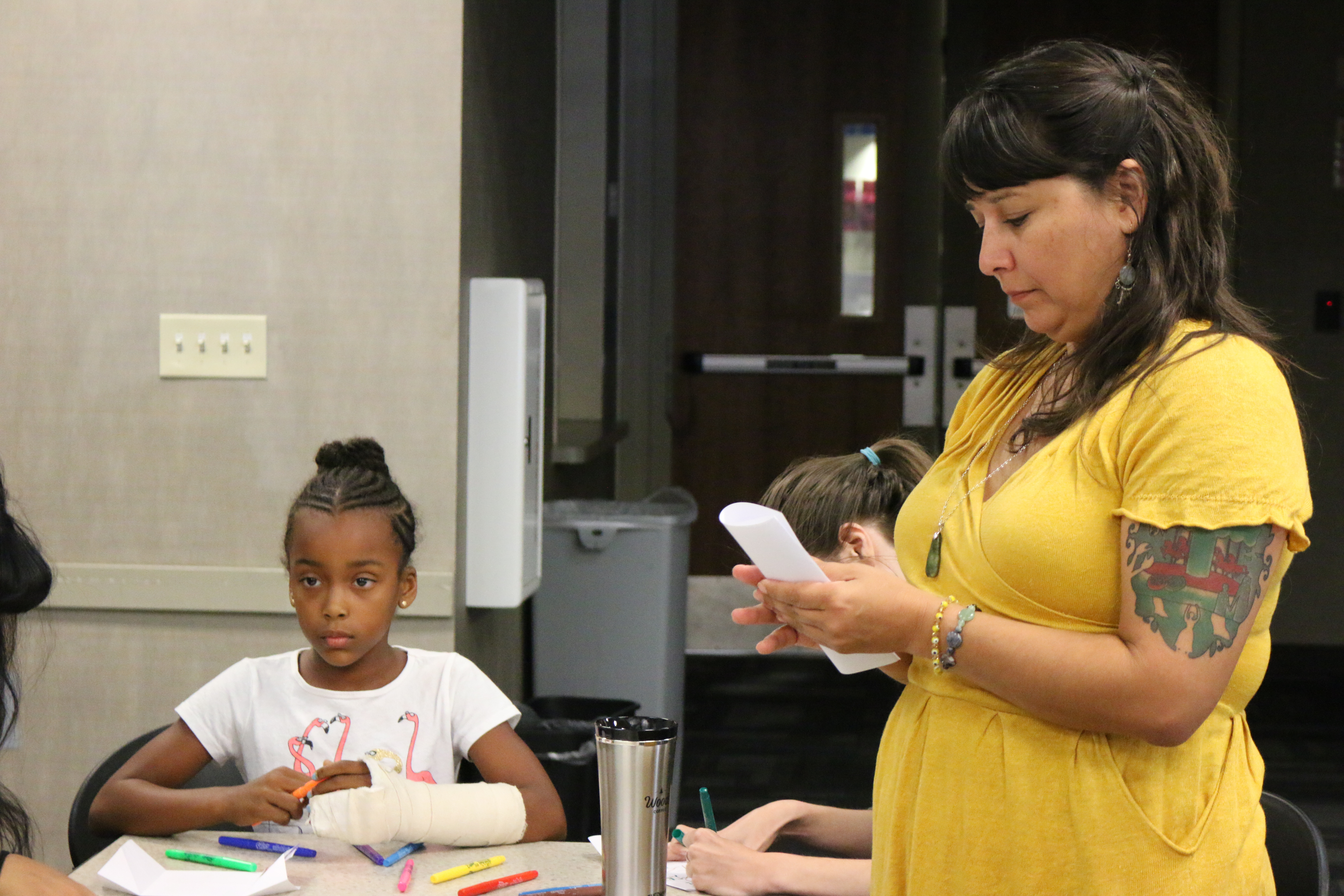