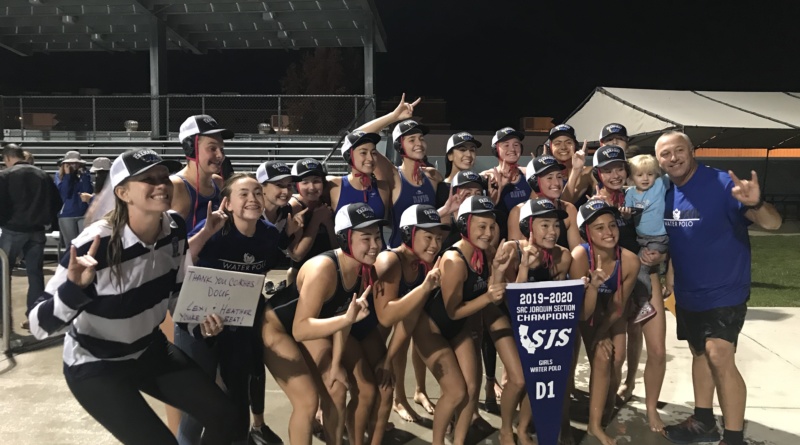 The Davis High women’s varsity water polo team defeated the Saint Francis Troubadours with a final score of 14-5 at the Sac-Joaquin Section Finals at the Roseville Aquatic Center on Nov. 16.

The Blue Devils took the lead within the first few minutes of the first quarter with a goal from senior Faith Cerussi on a six-on-five.

Minutes later, sophomore Lindsay Taylor scored another goal against the Troubadours, which was followed by a goal from Saint Francis, ending the first quarter with a score of 2-1.

“The nerves definitely got to me because it’s my second section game and I definitely worked my hardest and gave it everything I got,” Taylor said. Taylor has started both her freshman and sophomore years, and is excited for their upcoming regionals game.

Davis finished halftime in the lead with a score of 7-1.

Nearing the end of the fourth quarter, junior Skylar Schouten scored the final goal for DHS, finishing the game 14-5.

“I’m really proud, a lot of girls got goals in the game,” head coach Doug Wright said. “Everyone played hard and the whole thing was to do it together and to win this thing as a group, and it was super cool to get pretty much everyone in there.”

The team will be playing their next game against Campolindo High at Schaal pool on Nov. 19 at 7:30 p.m. for the Regionals game.