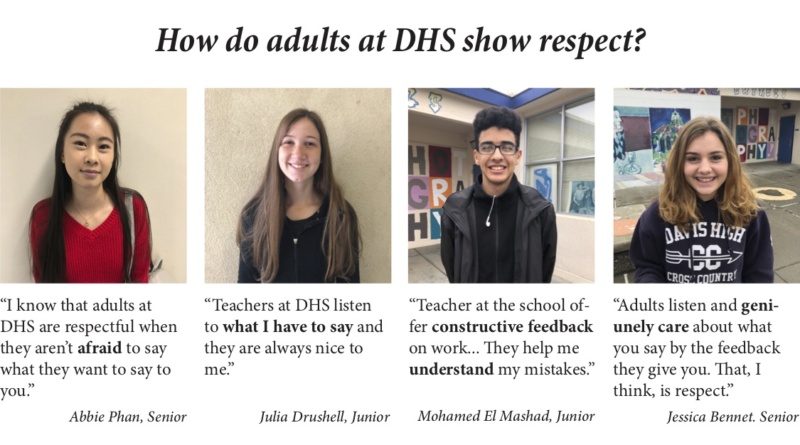 GRAPHIC: Davis High students share how they have felt their teachers show respect to them.

As Caroline Bowler walks into her classroom, she can feel the stares from her teacher already. She knows what type of comments she will get for the rest of the class period. She knows that even a bit of chit-chat with her friends can get her get in trouble, but she doesn’t argue or talk with her teacher.

“I knew it wouldn’t change the situation,” Bowler said.

From the Youth Truth survey completed earlier this year, students averaged 3.64 out of 5 (with one being strongly disagreeing to five strongly agreeing) in reacting to the statement: “most adults in this school treats me with respect.” This is the lowest score since 2015.

Senior Lidia Mergelian agreed with the results. “I think a lot of [disrespect is] usually racially motivated,” Mergelian said. “Teachers treat [my Latina friends] like […] they can’t pass their class or something or […] dumber than the Asian students in the class.” She noticed disrespect teachers towards “different” groups on campus were based on stereotypes.

Sophomore Lele Santelices argued otherwise. She commented that she had felt disrespected by teachers before, but not from DHS. Rather, it was at Emerson Junior High.

“[The teacher] would always call me after class saying that I don’t know how to spell stuff and that my essays are really bad,” Santelices said.

Unlike her experience at Emerson, Santelices said teachers at DHS treat students with respect “and I really like that,” she said.

DHS is not the only high school getting this reaction. A nationwide survey in 2014 by Harris Poll organization, they found that students’ respect for teachers dropped from 79 percent to 31 percent since 2013.

DJUSD’s Coordinator of School Climate Kate Snow clarified that the purpose of getting the results for Youth Truth Survey is to understand schools, departments and classrooms so the administration can further ask the question of what’s happening and why that’s happening inside the environment.

Most students have mixed responses when it came to the treatment they received from their teachers.

Junior Laila Golde comments she “never felt disrespected by any adult at this school,” but says that she did have some negative experiences with her teachers before.

“I was walking out of my sixth period when the fire in the boys bathroom occurred,” Golde said, remembering one instance. “I was then screamed at [by the] campus security guy.”

She said she didn’t know there was a fire as her sixth period teacher didn’t inform her, which made her walk straight into the blocked zone to get her into trouble.

Golde said it didn’t change her opinion about the adult, but instead “validated” her impression of the campus security, as she already thought of them as “intimidating.”

Senior Eric Yan explains that going to an administrator wouldn’t change any disrespectful behavior from the teachers anyways. “I feel like that won’t accomplish anything,” he said.

“It’s just not clear with what things [teachers] can work on,” he said about the survey.

Williams pointed out follow up questions would help make the staff, administrators and teachers at DHS more aware about what they need to work on. Williams, however, emphasized that he does try to respect his students by treating them in a way that he wants to be treated.

“The teachers [who] I know and I respect really take it to heart to see how they come across to the students,” Williams said. He says none of the teachers he is aware of have bad intentions.

“I think about [being fair] a lot [for] any student regardless of their previous performance in class or a test,” Williams said. 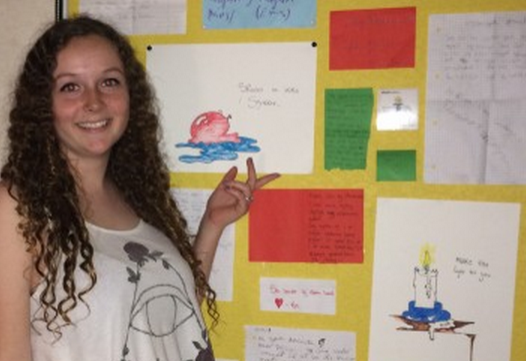 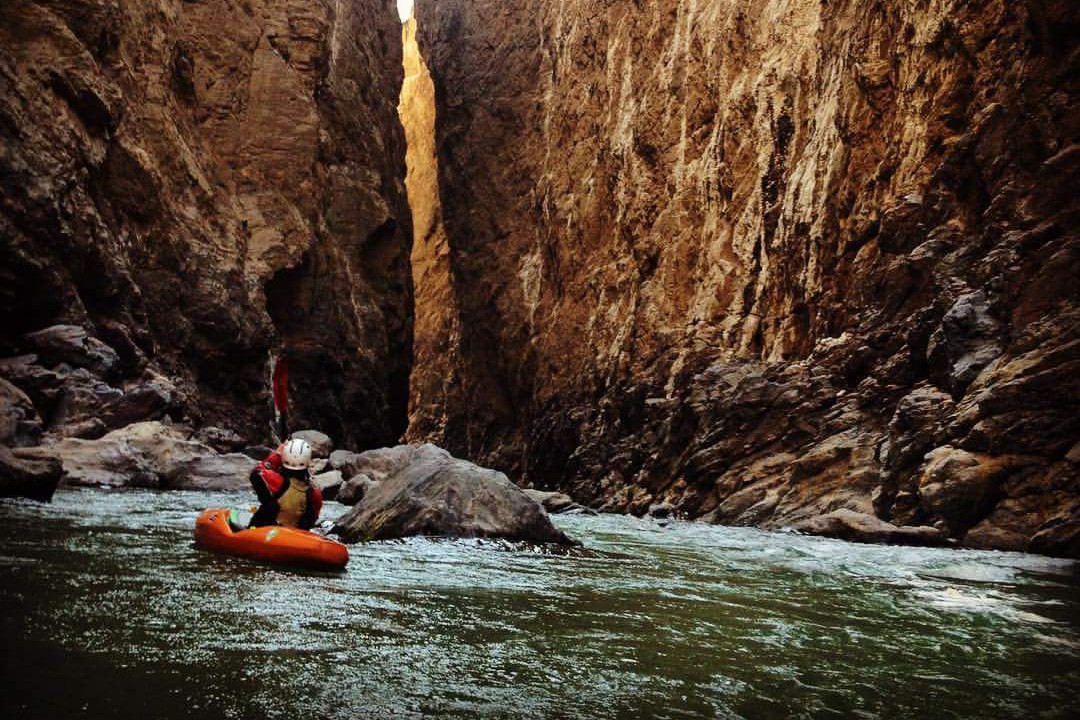