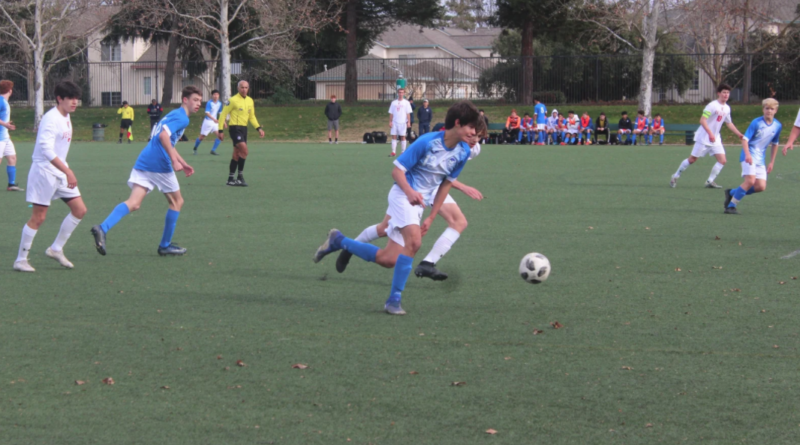 PHOTO: Freshman Simon Vaca-Lorenzi dribbes the ball up the field, setting up the Davis High offense.

The Davis High men’s soccer team held Elk Grove High to a score of 2-0 on Jan. 24 at Playfields Park. The strong defense from the Devils and the aggressive offense helped the team keep the Thundering Herd scoreless.

“We have been holding up very good this season, but we still have other things to work on and get better at,” junior Neil Smith said.

Elk Grove started the game with the kickoff, but Davis was quick to get the ball back into their possession with the help of defenders senior Ben Park, juniors Hayden Tam and Walsh Klineberg, and sophomore Kai Peris.

In the early first half, freshman Simon Vaca-Lorenzi was able to fend off the Thundering Herd’s defense and score to get the Devil’s first goal on the scoreboard.

Elk Grove kicked off again after Davis scored, but Davis goalie, senior Roland Watts, kept blocking shots throughout the first half. By the end of the half, the score was 1-0 in favor of Davis, leaving Elk Grove with several shots on goal but no points on the scoreboard.

Klineberg kicked off to start the second half of the game, however, the Thundering Herd’s defense was able to hold the Devil’s.

Late in the second half, Davis pushed through and Tam scored a second goal for Davis, bringing the Devil’s tally to 2-0.

The Devil’s ended the game, defeating the Thundering Herd and leaving them scoreless.

“Since we already played [Elk Grove] we knew what their weaknesses were and were able to capitalize on them,” Smith said.

Davis will continue to practice and prepare for the rest of their season. The next game is scheduled at Franklin High on Jan. 31. 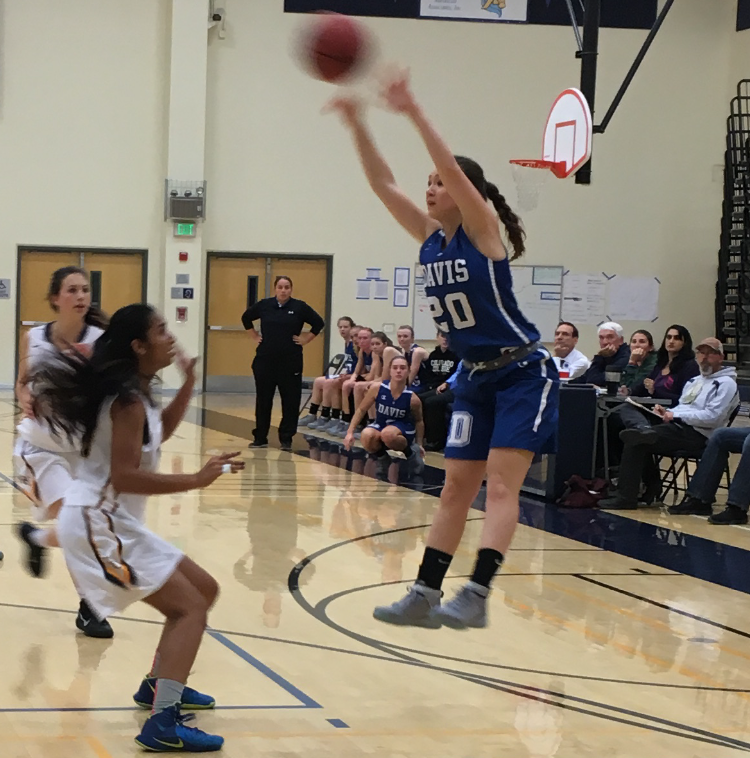