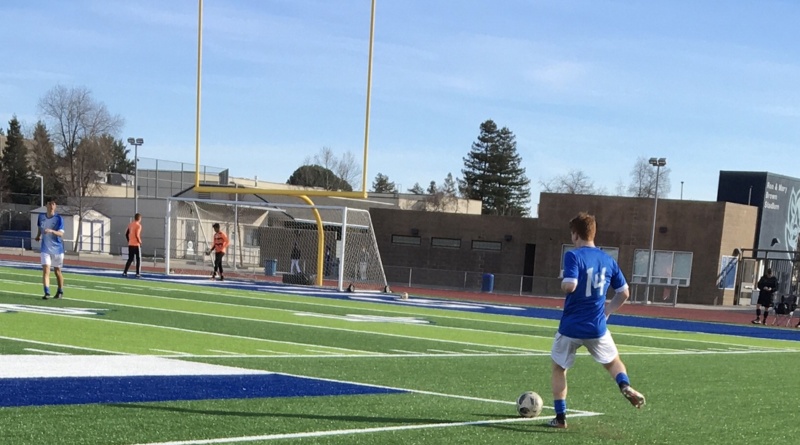 After a competitive defensive first half, junior Connor Clark drilled two goals in the second half to give the Davis High men’s varsity soccer team the win 2-0 on Feb. 6 at DHS.

“We knew they had a couple fast players on top so we designated a couple of our centerbacks to man mark, specifically the fastest players on their attack. It looks like it worked because we kept the shut out and came out with the win,” senior Marco Iandolino said.

The first half ended scoreless, with Davis dominating possessions in part to the defensive effort from captains junior Walsh Kleinberg and senior Cayden Hotaling.

“We had to win and we had to come out harder then the first half just to get the win,” Clark said.

The Blue Devils’ mindset coming into the second half proved triumphant when junior Angel Salagado dished the ball to the lightning quick dribbles of Clark, who put the Blue Devils on the board.

“I saw that kid was getting tired on my side and Angel on the other side crossed the ball through and I beat one guy and got through,” Clark said.

Davis took advantage of another opportunity when Salagdo sent another cross over the Pleasant Grove defenders and to the cleats of Clark. After receiving a penalty kick, Clark drilled the ball into the right corner of the goal. Davis held their 2-0 lead until the blow of the final whistle.

“There was a lot of communication and everyone was on their game today,” Solagado said.

Coach Alex Park credits the win to the passing ability of Solagado and, in his opinion, one of Clark’s best performances.

The Blue Devils move on to play Delta League rival Jesuit on Feb. 7. “We’re healthy, nobody got hurt today and we have the confidence to kick the sh** out of Jesuit,” Park said. 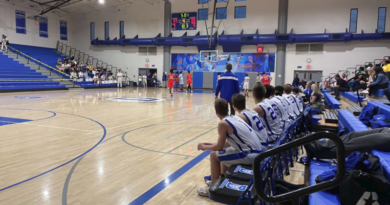