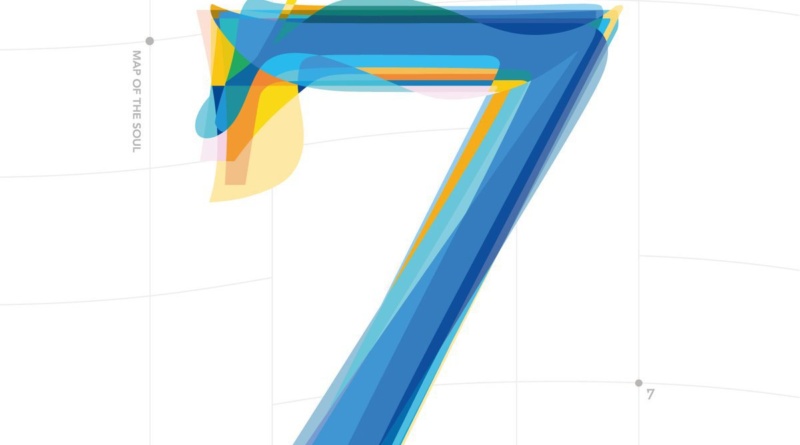 With a name that translates to Bulletproof Boy Scouts, Kpop group BTS hit it off with the increasingly popular bad boy image in 2013, with hip-hop style songs about teenage rebellion and youth. Since then, the group has explored other topics such as relationships, happiness and self-love on their journey to becoming global icons.

Map of the Soul: 7 symbolizes the seventh year that the seven members have worked together. As the fourth and longest studio album BTS has released since its debut, it has been highly anticipated by ARMYs (dedicated fans).

The tracklist includes five songs from the previous extended play Map of the Soul: Persona released last April. These rap and pop songs, including “Intro: Persona,” “Boy With Luv” (feat. Halsey), “Make It Right,” “Jamais Vu” and “Dionysus,” gradually ease into the rest of the ideas examined throughout the following 15 songs.

The two succeeding tracks on the list are “Interlude: Shadow” and “Black Swan,” which were both pre-released along with the second-to-last track “Outro: Ego.” These three can be grouped with the title track “ON” because the lyrics relate to the idea of accepting your shadow, or hidden self. The different styles from Suga’s rap to J-Hope’s upbeat vibe seem to represent how each member is coming to terms with themselves individually.

However, “ON” seemed to be solely intended for a visual performance. A dance video was released as an accompaniment instead of the usual storytelling music video, with the modulated echoes in the song disrupting the smooth flow of the main vocals. This, along with the disappointing collaboration with Sia, made “ON” a questionable choice for the title track to represent the album.

The next tracks that can be grouped together are the vocal line’s solos. Although the lyrics of each song still cover deep topics, BTS tried to include different pop tunes that just didn’t add as much meaning and investment into the songs than if they were unique to each member’s style like the series in the Wings album. Jin’s “Moon” especially seemed to have the same structure as any basic Kpop title track.

Co-produced by Troye Sivan and many other artists, “Louder Than Bombs” is performed by all seven members and gives off a mysterious vibe with the high-pitched vocals not aligning with the beat. To those who enjoyed BTS’ four-part cypher series, the rap line’s “UGH!” in this album would be worth a listen, as the hardcore rap with background gun effects and catchy chorus is a style that is warmingly familiar.

However, it sounds discordant at times and completely contrasts with the next pop track featuring the vocal line’s melancholic but hopeful lyrics in “00:00 (Zero O’Clock).”

The pop-rock beat of “Friends” combines the high melodic voice of Jimin and V’s deep tone, reminiscing their past with each other with references to inside jokes such as “alien” and “small pinky” to show their friendship. Rappers RM and Suga explore the duality of people they’ve met through the rap in “Respect,” which can be compared to their work in prior albums such as Dark and Wild.

The lines “we are forever bulletproof” and “we are not seven with you” in “We are Bulletproof: the Eternal” express the gratitude the members have for the fans that have travelled the seven-year journey with them. This serves like a progress-check song similar to “Young Forever” and “2!3! (Hoping for More Good Days)” to see how far the group has come since the beginning. This nostalgic sentiment would have been a fitting way to wrap up the album.

The inspirational lyrics from personal experience is expected of BTS and the thoughtfully crafted hints to previous works is sentimental to long-term ARMYs, but the album isn’t as impactful through the basic pop beats. Overall, these tracks can be dismissed as not having the same unique BTS style as before.

Taking it to the next level – Tron Review