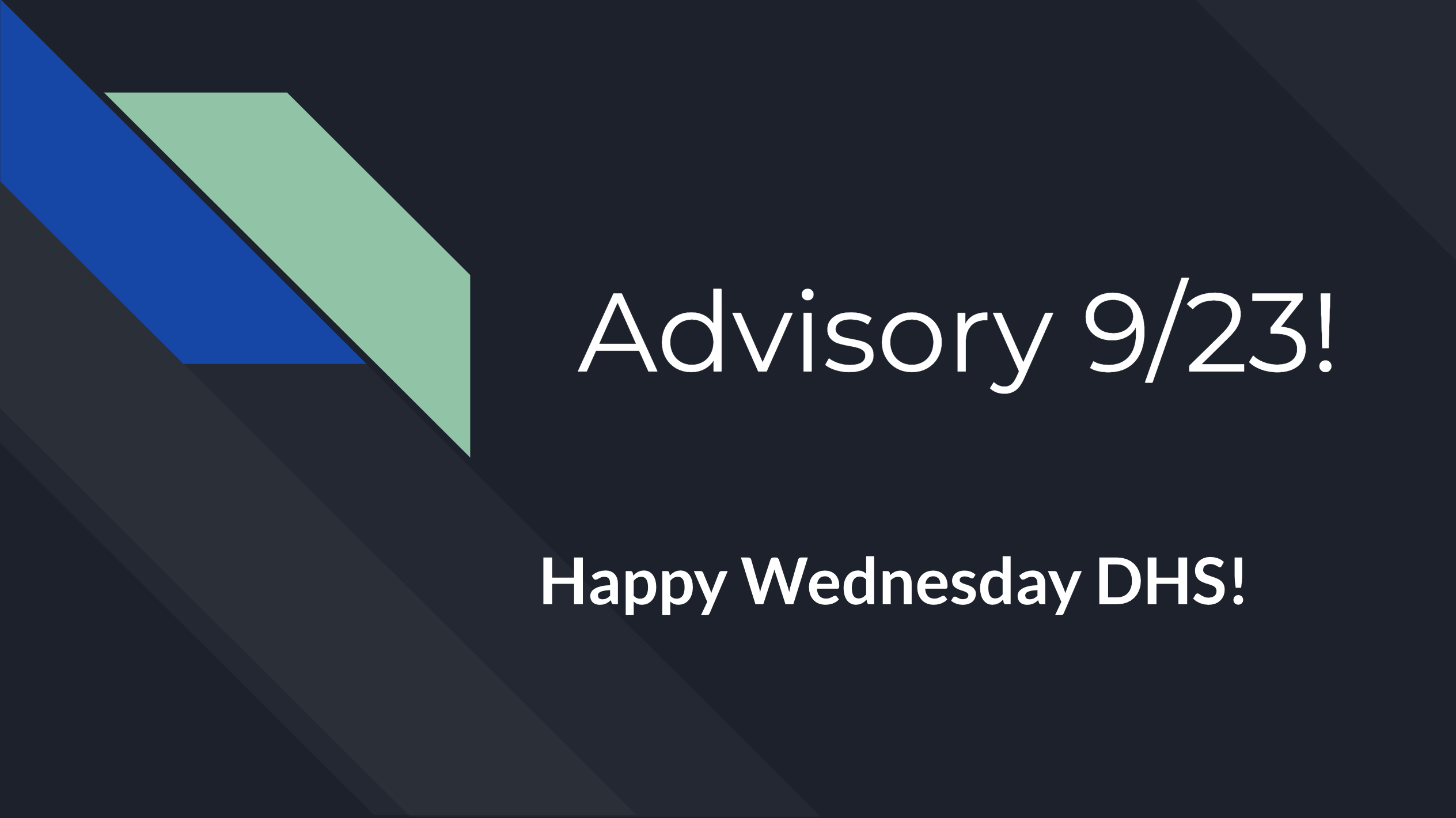 Among the many changes Davis High’s Student Government has had to navigate this school year, the group has been tasked with leading weekly Advisory periods.

The schoolwide broadcast was devised partially as a replacement for the daily bulletin announcements, with the added implementation of social emotional learning (SEL) and community building. With direction from members of administration, Student Government has compiled school notifications, club advertisements, as well as segments directed towards student mindfulness and emotional well-being into a 20-minute video which is shown to the entire student body each Wednesday between fourth and sixth period.

District employees first formulated the idea for a session which would address student needs while operating online last spring, and a team of teachers, staff and administrators from elementary, middle and high schools was created to continue developing the project.

“The idea of Advisory is that it’s a time when each [district] site can figure out what their individual site’s students’ needs are… For us, it’s [building] our Blue Devil community and also making sure that we’re providing a time to at least give some resources for mental health,” vice principal Chandra Wengler said.

Senior Jessie Finkelor, the ASB Secretary of Spirit, takes pride in the unique approach DHS has taken in presenting Advisory to the student body.

“What’s cool is that we adjusted […] by having stud gov add fun videos and information into it,” she said.

For the past four weeks, the entire period has been filled with videos and events put together by a committee of Student Government members including Finkelor.

“So far, we’ve been able to fill the time space pretty well, so I’m pretty proud of our team [for] that,” she said.

Junior Parker Giovanetti, who is also part of the editing committee, believes that Advisory is important not only as a replacement for daily announcements and check-ins, but also for regular activities which can no longer take place in person.

“It’s kind of like the one fun activity in school that isn’t about learning. We used to have football games, basketball games, dances, and this is sort of like the one thing we have that’s student-led, and it’s a fun time to connect with people in the student body,” he said.

Student Government has also been eager to hear what students think of the new addition to their schedule. Several surveys were sent out to gauge general reactions — so far, there has been an upward trend in engagement as the weeks progress, according to Finkelor. Using this feedback, Student Government and administrators are working to fine-tune the contents of the period to better fit student interests.

“We want that to be a regular process, getting word from the student body,” said Anthony Vasquez, the Student Government adviser. “Stud gov sees themselves as representatives, so they need [student] voices.”

In the future, Student Government is planning to add more interactive elements so that students can have more direct involvement during Advisory. The ultimate goal of the period is to provide a tangible connection between everyone at DHS, despite the fact that students are no longer on campus.