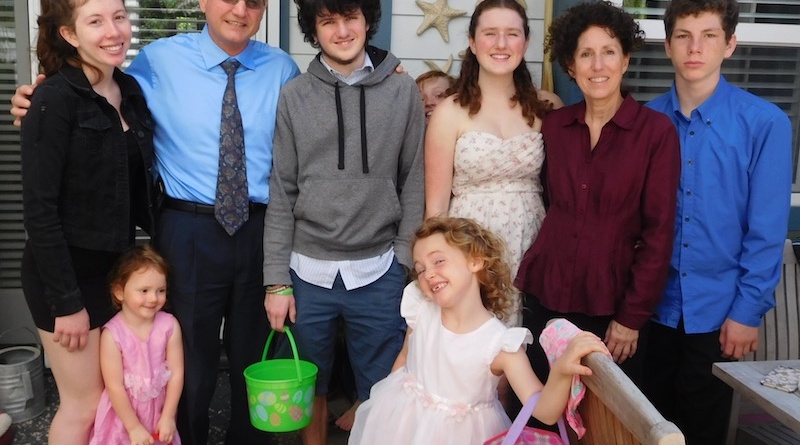 The CSA is a five-year plan, assessing the strengths and weaknesses of Yolo County child welfare. On Sept. 29, the county Board of Supervisors approved the proposal.

The SIP is the CSA’s less finalized counterpart. In a meeting on Sept. 23, the Child Welfare Services Subcommittee laid out three main strategies presented by the plan: “pre-placement and family preservation [, …] placement stability, [and] resource family approval and timely permanency.”

Generally, the plan encourages “upstream prevention and early intervention services” to keep families together. Each aspect of the plan also addresses racial disproportionality.

According to the California Child Welfare Indicators Project, the number of children entering Yolo County foster care has increased by 85 percent in the past five years. For context, entries into foster care statewide decreased by 7 percent in that same period.

The irregular incline likely began after the highly publicized death of 19-day-old Justice Rees in 2015. Baby Rees was found dead in a remote Yolo County slough — allegedly at the hands of his mother, according to the Sacramento Bee. In a 2017-18 Grand Jury Investigation report, the Yolo County Health and Human Services Agency claims it “made significant investments in child welfare services” after the tragedy occurred.

The “investments” shifted leadership and expanded staff. New policies emphasized removing children under a wider range of circumstances than had previously been done. The result — a sharp increase in foster care entries.

“They were driven by good impulse,” said Don Saylor, the Yolo County District 2 Supervisor. “And we may have gone too far in those decisions.”

Strained foster care capacity increased the number of out-of-county placements. As of Jan. 1, 61.6 percent of Yolo County foster children live outside of their supervising county. The statistic is triple the statewide standard of 22 percent.

“Not only are they leaving their [...] biological family, but they’re leaving their school, [...] their neighborhood, [...] their friends, they’re leaving everything that’s familiar to them and that is an additional trauma,” said Tracy Fauver, Executive Director of Yolo County Court Appointed Special Advocates (CASA), an organization of volunteers that advocate for foster youth.

Junior Tony Williams was moved from Folsom to a Davis group home at around the age of 8. He would have preferred to stay in his hometown.

“[The group home] was not a good experience,” Williams said. Although his experience was not a consequence of Yolo County policy, his preference highlights the downsides of out-of-county placement.

Many entries are justifiable

Although the Child Welfare Services Subcommittee strives to reduce out of home placements, it does not intend to prevent all foster entries.

For one, not all entries lead to permanent displacement. “It’s not the state coming in and snatching the child, [...] it’s the foster care coming in to protect the child while they work to correct that situation,” said Jim Provenza, Yolo County District 4 Supervisor and member of the subcommittee.

Further, if a child remains at home, they might suffer continued abuse or neglect. “We certainly don’t want to leave any child in a dangerous environment,” Saylor said.

Senior Natalie Ries took in five of her nieces and nephews as foster siblings in 2018. “I think it’s common with foster care children [to experience traumas], because they were living in an environment that wasn’t safe for them,” Ries said. In many cases, a child’s household is an improper and harmful living space.

“We’re looking at the whole system with an open mind, but the interest of the child is primary,” Provenza said.

But entries can be prevented — and early action is essential

“What we really need to do better is on the prevention side,” Provenza said.

He says reducing in-home stressors, rather than removing a child from a home, is ideal. Fauver agrees.

“We know that children who are already traumatized by high degrees of stress and are removed from their home and placed in care are potentially subject to more stress, more trauma,” Fauver said.

Ries admits her foster siblings each reacted poorly at first to the displacement. “With the youngest, she had separation anxiety,” Ries said. “The oldest tended to be really quiet and didn't really express his emotions.”

Statistics reveal the benefits of keeping children in their homes. A 2017 study by the National Coalition for Child Protection Reform examined over 15,000 “comparably-maltreated children.” The results showed that “the children left in their own homes do better [...] In fact, it’s not even close.” By “better,” the report refers to fewer teenage pregnancies, fewer admissions into juvenile justice systems and greater employment.

“It may be that we find out what’s going on with these families and we support them so that they can provide a caring, loving, nurturing environment so the child can thrive with their family of origin,” Saylor said.

But according to Provenza, timing is essential.

“The system has failed if we get to that point [of a child experiencing abuse],” Provenza said.

In the case of baby Rees, Provenza believes earlier intervention “very likely would have worked, and the child would be alive, and the mother would not be in jail,” as the issues stemmed from Rees’ father and drug abuse.

Provenza is chair of the First 5 Yolo program, providing services to children ages 0-5 at risk, and teaching parents proper childcare skills to prevent downstream abuse. He is also involved with the Yolo Crisis Nursery, which offers a place for children under 5 to stay during a family crisis.

“[The nursery’s] success rate is I think over 96 percent do not end up in the foster care system,” Provenza said.

Ultimately, the family division decision is up to Child Protective Service workers, the justice system and the state, but Yolo County is pushing to prevent any need for separation.

Ethnicity is also an issue

As of 2019, an African American child in California is 2.47 times more likely than a white child to come in contact with child welfare, according to the California Child Welfare Indicators Project. In Yolo County, that number is 4.46 — almost double the statewide statistic.

“We’re digging into it. [...] You kinda look at this and you see it as a continuum,” Saylor said.

“That carries itself through the continuum all the way through juvenile hall and to the county jail,” Saylor said.

He hopes the county can improve the current imbalance. The CSA and SIP are steps in the right direction.

“One cause is likely what you refer to as systemic racism,” Provenza said. State and county workers may make inconsistent decisions based on a family’s race. Yolo County is implementing implicit bias training, and working to prevent workers from receiving information that may incite bias.

With groups like the Child Welfare Services Subcommittee taking initiative, and programs like First 5 Yolo and the Yolo Crisis Nursery expanding, child welfare entries might decrease.

“This will be an ongoing effort, but I was really impressed with the work [the committee is] doing at this point,” said Provenza at the Sept. 29 Board of Supervisors meeting.

Fauver also believes in the strength of community to support struggling families. “Kindness and compassion go a long way. [...] It’s not blame and shame, it’s ‘how can I lend you a helping hand.’”

Williams transitioned from a group home to a foster home at around the age of 11. “[I prefer] the situation I’m in,” he said.

“I really do think foster parents are some of our best members of society,” Ries said. “When you think about it, it’s the chance to give other people the opportunity for a new life.”

In a normal learning environment, foster youth are already more likely to drop out of high school and have learning difficulties, according to the National Foster Youth Institute. Experts in education say that the gap is widening due to distance learning.

“Funding is the number one need at this time,” said Valeri Garcia, program coordinator at the UC Davis Guardian Scholars Program for former foster youth.

“[Internet] is kind of a given in a privileged community but not every family can afford unlimited internet,” Freier said.

Davis Joint Unified School District has made hotspots available and Yolo County has started a cell phone program for youth who need it; both programs that would not be possible in other counties without the extra funding.

“We are here to provide a backbone for our youth,” Ernst-Collins said.

Anastasie Lenoir, a Guardian Scholar at UCD, believes that the university is doing the best it can to maintain normalcy.

“They meet the needs of where the gaps are,” Lenoir said. “The bottom line is it’s about community.”

According to Samantha Webster, the DJUSD liaison for homeless and foster youth, tutors are currently available for Davis foster students. However, Angie Schwartz, Vice President of Policy and Advocacy at the Alliance for Children’s Rights, thinks that foster students should be brought back to campus in a safe way as online tutoring may not offer enough consistency to be effective.

“That haphazard approach to tutoring is going to be more frustrating than it is going to be beneficial,” Schwartz said. “There’s no outside of the box thinking happening right now.”

DJUSD Superintendent John Bowes announced on Oct. 2 a Phase 2 of the Return to Campus plan, perhaps bringing foster youth as some of the first students back on campus.

This new step could help to alleviate the greater rates of depression and anxiety reported by resource families. Formerly called foster parents, resource families foster youth in the system. Cherie Schroeder, program coordinator at Yolo Foster Care and a resource grandmother, misses having cookies and pizza with youth.

“There is a lack of engagement, [...] lack of getting out of the house,” Schroeder said.

However, Webster has had positive feedback in the course of talking with Davis resource families. “I have been told by a family they feel that DJUSD has the best distance learning format, [...] they enjoy distance learning,” Webster said. 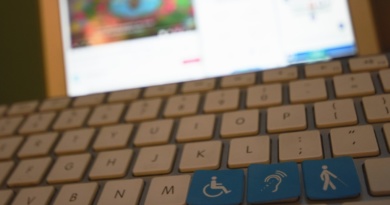 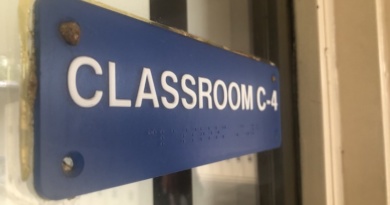 Friendships flourish and fade as the pandemic continues