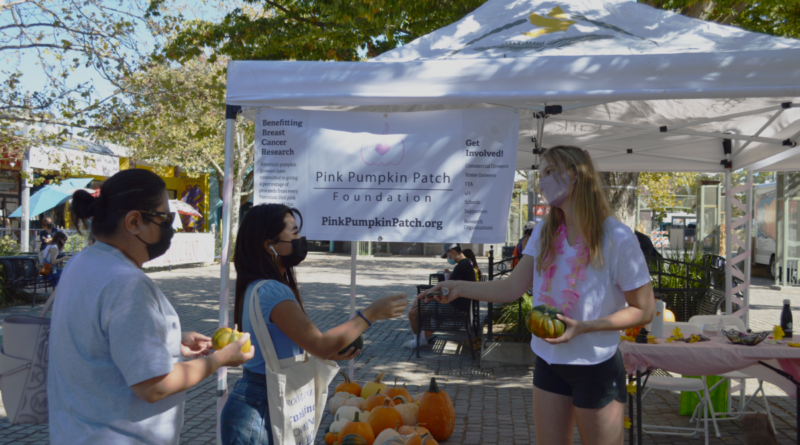 PHOTO: Senior Celia Cariou-Gomez and her friends are selling pumpkins at the E Street Plaza every Saturday in October except the last from 10 a.m. to 2 p.m. (Courtesy: M. Garcia).

Senior Celia Cariou-Gomez plans to sell pumpkins on Saturdays in October to raise money for breast cancer research. Cariou-Gomez first decided to start this project back in May when she was trying to figure out what her supervised agricultural experience would be for Future Farmers of America.

“I was talking with my dad and was telling him that I wanted to fundraise for something medical, like a type of cancer. Him already knowing about the foundation [Pink Pumpkin Patch Foundation], he was like ‘oh this could be an idea, we could fundraise for breast cancer,’” Cariou-Gomez said.

The Pink Pumpkin Patch Foundation was founded by breast cancer survivor Carol Holsopple-Froese, whose organization has been raising money nationwide for breast cancer research since 2012. One of its primary fundraisers is the annual sale of pink pumpkins across the U.S.

To grow the pumpkins, Cariou-Gomez collaborated with the company her dad works for to plant an acre of a variety of pumpkins that are pink. Her next obstacle was to find a place in Davis to sell the pumpkins.

Cariou-Gomez worked with Bob Bowens, the city public relations manager, to get a location at the E Street Plaza.

“I’m really grateful that Celia has put this together and decided to start this in Davis,” senior Annika Bastin said.

“We have all known people that have gone through breast cancer or still have it or have passed away from breast cancer,” Cariou-Gomez said.

Through their first event, the seniors have seen the Davis community come together to support this cause by offering to put up flyers for the event in their businesses and stopping by to donate and learn more about the cause. The group will be at the E Street Plaza every Saturday in October except for the last from 10 a.m. to 2 p.m.

“If we’re able to help any [breast cancer] survivors or people battling with it in any way, I think that’s great. I’ve had a few family friends close to me die from breast cancer and so to be able to help people in the future would be amazing,” Bastin said. 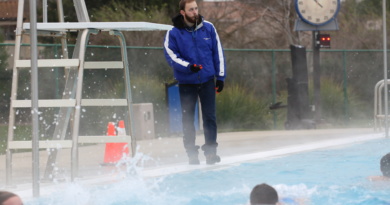 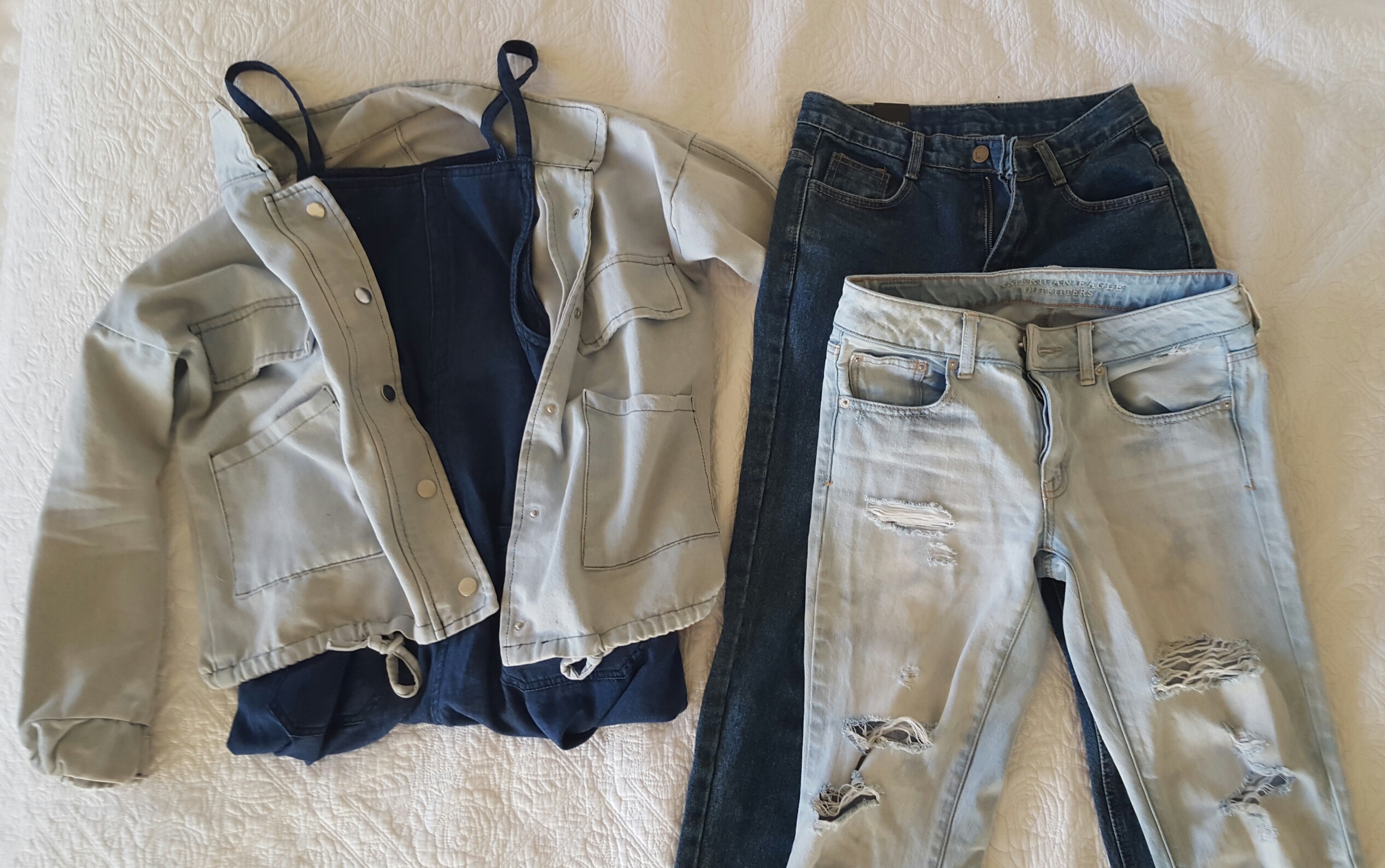