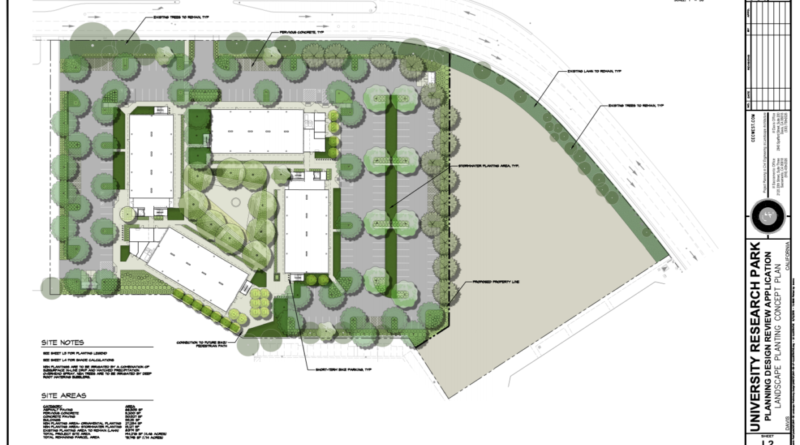 The Davis City Council motioned to discuss a “Mixed-Use Residential Project” that would fill the final vacant slot of University Research Park Drive. The council approved the 1770 Research Park Drive land use in July but the vote transitions to the people this week.

According to the official project plan, the development would be “residential,” with “rental apartments over ground-floor tech space.” Around 160 apartments would span four buildings, with a cumulative 107,648 square feet of tech space at base level.

“One of the biggest advantages that the City of Davis has over other cities [economically] is the university itself,” Metzker said. But when student researchers progress to product marketing, they “frequently [have] to take it elsewhere.”

In the past, property owners that stepped up to the challenge of creating a research and residential center fell short. “The only one that was left was the one proposed now,” Metzker said.

Presented by Fulcrum Property, the proposal is passing through the final stages of approval.

“If it’s approved, it will become something we can annex into the city and then move forward,” Metzker said. “If it’s not approved, we have to start over. […] It leaves us with nothing.”