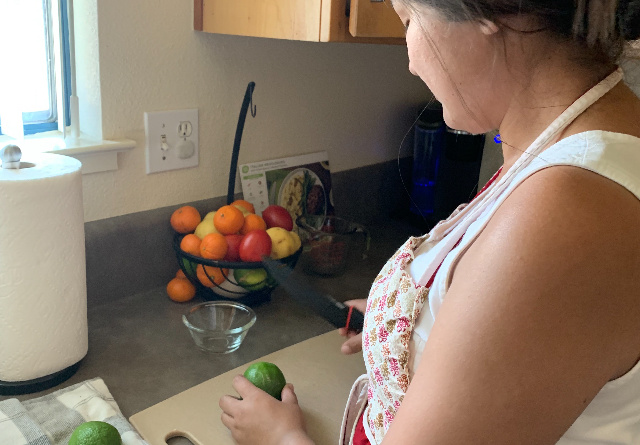 PHOTO: After a long day at work of interacting with students, Davis High counselor Elizabeth Arroyo returns home to relax and cook a delicious meal for her family.

After a long day as a Davis High counselor, Elizabeth Arroyo finds solace in cooking for her family. An average day for Arroyo is busy because she emphasizes working one-on-one with students.

Brian Garcia was a junior when he first met with Arroyo. “[My] experience with her helped me a lot, she motivated me to keep trying,” he said.

Garcia has now graduated from DHS and thanks Arroyo for her help. “She didn’t look at me as [a] nobody, like most people would.”

Arroyo has always enjoyed helping students academically and watching them grow. “It’s rewarding to see students be successful,” she said.

However, there are many unseen challenges to her job. Often, there’s very little time to spare and countless students who could use help. “You want to devote enough time and energy to every student,” Arroyo said.

Being a DHS counselor is a hard job, so she finds relaxation in cooking. “It’s a stress reliever and keeps your mind busy [from] whatever else is bothering you,” Arroyo said.

Minor tasks like chopping vegetables or stirring soups can be therapeutic for Arroyo, and she’s always looking out for new recipes.

“You’re able to focus on something you can create a product from,” Arroyo said.

Arroyo has always been interested in cooking. This passion started when she helped her mother make dinner as a child and she’s also learned from a variety of her favorite TV shows. From then, she’s even looked into attending a cooking school.

She’s even had dreams of opening a restaurant, serving all her favorite dishes. “When I’m bored, I create sample menus and [think about] what it would be called,” Arroyo said.

Without her own restaurant, Arroyo still strives to cook at least one meal a day, either for herself or family. Usually she prefers to make lunch or dinner, but is always willing to expand her horizons, from soups to salad dressings, “except scrambled eggs,” Arroyo said. “I can never make good scrambled eggs.”

In both her job and hobbies, what matters most to Arroyo is seeing the results of her hard work.

“It’s the impact on people,” Arroyo said. “[With] students, it’s rewarding for both the student and the counselor, and with cooking […] it benefits [family] too.” 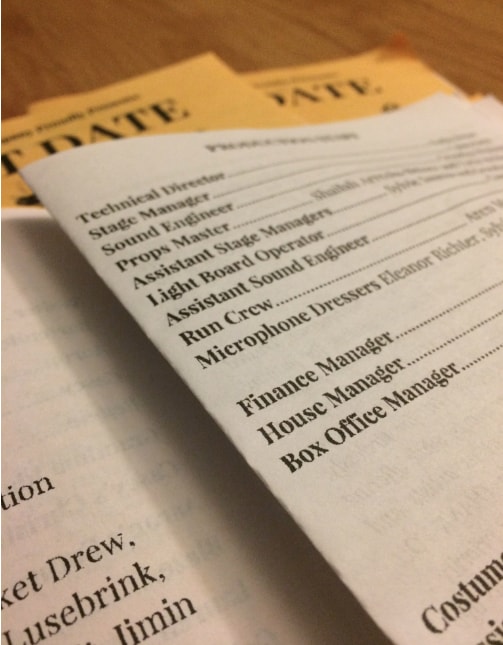 Participating in musical theater is hard work, but worth it for many 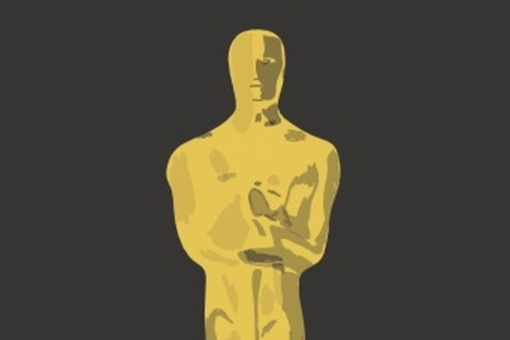 Students give advice for upcoming finals