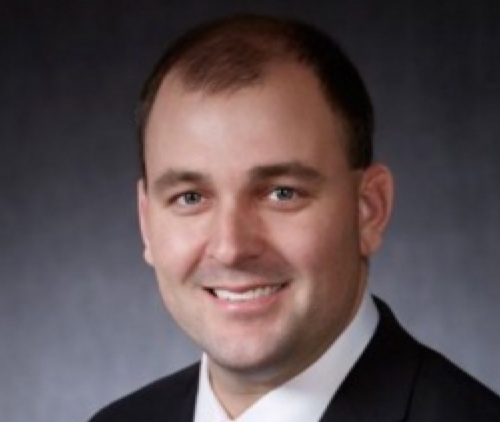 After a long day of staring at his computer as an IT consultant, Eric Johnson presses the power button and picks up his clubs for a light round on the green.

Johnson, a 1998 graduate of Davis High, has been playing golf for as long as he could remember.

He picked up his first club at just 8 years old, and golf has been a part of his life ever since. His grandparents took him golfing several times a week, which really honed Johnson’s skill.

“My grandparents were my very first golf influence, and I have such great memories of playing with them,” Johnson said. “They had a huge impact on my golfing, even today.”

Johnson started his high school golfing career during his sophomore year, joining the men’s JV golf team. He did not play golf during his freshman year because he also played football and baseball at DHS.

“I didn’t continue playing football and baseball because they required too much running, and I didn’t like to run. So, I decided to switch to golf, because I love the game and it didn’t require me to run,” Johnson said.

Johnson worked hard, and made the men’s varsity golf team his junior and senior year.

He was never the best golfer on the golf team. Johnson believed he was more like the middle of the pack. However, he still loved playing for DHS because he saw playing competitive golf every week as a great experience.

Not only did Johnson excel in golf, but he also was a good and studious student. Outside of golf, he really enjoyed math and working with computers and cars.

After graduating from DHS, Johnson attended UC Davis as both an undergraduate and a graduate with a computer science major.

While Johnson did not play for the UCD golf team, he still played golf and competed in many U.S. AmateurGolf.com and smaller community tournaments.

His major in computer science led to him landing a job at GNT Solutions. Johnson is currently a partner at GNT Solutions, which offers IT outsourcing services. Outsourcing is a business tactic of hiring outside parties to perform certain services for their own company, as it often is more cost effective and offers a better level of service.

Even with a job, golf is still a major part of his life. Johnson is a member of the El Macero Country Club and plays golf at least once a week.