The most recent outbreak of coronavirus, known as 2019-nCoV, has quickly garnered widespread attention and continual coverage, with news of its emergence seemingly spreading as rapidly as the virus itself.

But where did 2019-nCoV originate? How much do we already know about it? How does it compare to other common viruses, and should it be a cause for concern?

While there is currently no cure for the illness, there has been a plethora of rumors and false information.

A quick google search of today’s breaking news headlines will yield hundreds of results flashing the words “novel coronavirus,” suggesting that this is an entirely unfamiliar pathogen, the likes of which medical experts have never seen before. To call the virus “novel,” however, is somewhat of a misnomer. While it is true that the current outbreak is being caused by a new strain of coronavirus that has not been previously identified and which the global medical community still has much to learn about, the subject of coronaviruses is hardly an uncharted area of study. Dr. Kristina Cade is the medical director for Yolo Hospice, and prior to receiving her degree in biomedical research, conducted her thesis on coronaviruses. “I actually thought years ago that my research would just not mean anything… Back then, no one was talking about coronavirus… but now when you say [it], everyone’s head turns,” Cade said. Coronaviruses are a family of viruses causing respiratory illness, and they have existed in both animals and humans long before the 2019 outbreak. The 2019-nCoV is thought to have originated in bats, as the RNA of the virus is very similar to that of a bat coronavirus. The name “coronavirus” is derived from the pathogen’s crown-like appearance when observed in electron micrographs. Wuhan, China is the epicenter of 2019-nCoV, and examinations of this new strain have suggested a likely emergence of the virus from an animal reservoir. According to the Centers for Disease Control and Prevention (CDC), in the early stages of the outbreak, many of the patients of respiratory illness caused by 2019-nCoV in Wuhan had some link to a large seafood and live animal market, suggesting animal-to-person spread. Later, a growing number of patients reportedly did not have exposure to animal markets, indicating person-to-person spread. Transmission between animals and humans is not uncommon in coronaviruses. “We’ve been living with coronaviruses for thousands of years,” Cade said. “The fact that they’re jumping from animal to animal to human to human is nothing new.” Previous outbreaks of coronaviruses in humans include the 2002 Severe Acute Respiratory Syndrome, or SARS-CoV, and the 2012 Middle East Respiratory Syndrome, or MERS-CoV. Like 2019-nCoV, both SARS and MERS are betacoronaviruses with zoonotic origins in bats. SARS-CoV was transmitted to humans through civet cats, and MERS-CoV was transmitted through camels. Both of these previous cases proved to be more virulent than 2019-nCoV seems to be, with more severe symptoms and a higher death rate. By comparison, the most recent strain raises a much smaller cause for concern in terms of mortality risk. As of Feb. 11, there have been 43,146 total confirmed cases of 2019-nCoV worldwide, with 1,018 total deaths, which works out to be a mortality rate of just over 2 percent. “If you want to compare this coronavirus to the past coronavirus outbreak, the SARS had a higher mortality rate at 9 to 15 percent, and then the MERS had a higher mortality rate at 34 percent, but I find it very interesting that both of those coronavirus outbreaks did not receive the same media attention as this one,” Cade said. Cade also emphasizes that the majority of the reported 2019-nCoV infections are not severe, and that the fatal cases linked to the virus were also in part due to premorbid conditions in patients, meaning that their immune systems were somehow compromised prior to contracting the respiratory illness. However, while general cases of 2019-nCoV are not severe, one significant facet of this new strain is its rate of infectivity. “2019-nCoV does seem to transmit more readily between humans, it seems to have a transmission rate similar to the flu, [but] even though it’s spreading faster, the symptoms are not something to be worried about and the mortality risk is low,” Cade said. In fact, it was solely on the basis of this strain’s rate of infectivity that both the World Health Organization (WHO) and the CDC felt it prudent to declare a global health emergency, and the decision was largely unrelated to the virulence of 2019-nCoV. An official health notice released by Yolo County on Jan. 31 acknowledged the emergence of 2019-nCoV, but reported that influenza remains the highest respiratory illness risk in Yolo County. Medical experts are still studying the specific characteristics of this strain of coronavirus, and one of the factors they are beginning to speculate about is how long the outbreak will last. Though this is still unpredictable to an extent, Cade guesses that the upsurge of infections has not yet reached its peak. “A typical virus infects for seven to 10 days, so if you have tens of thousands of people sick for seven to 10 days, it’s gonna take several months, I think, before we see the downward curve of this,” she said. “But that’s also part of [what] we don’t know, and we’re just gonna have to follow it and see.” 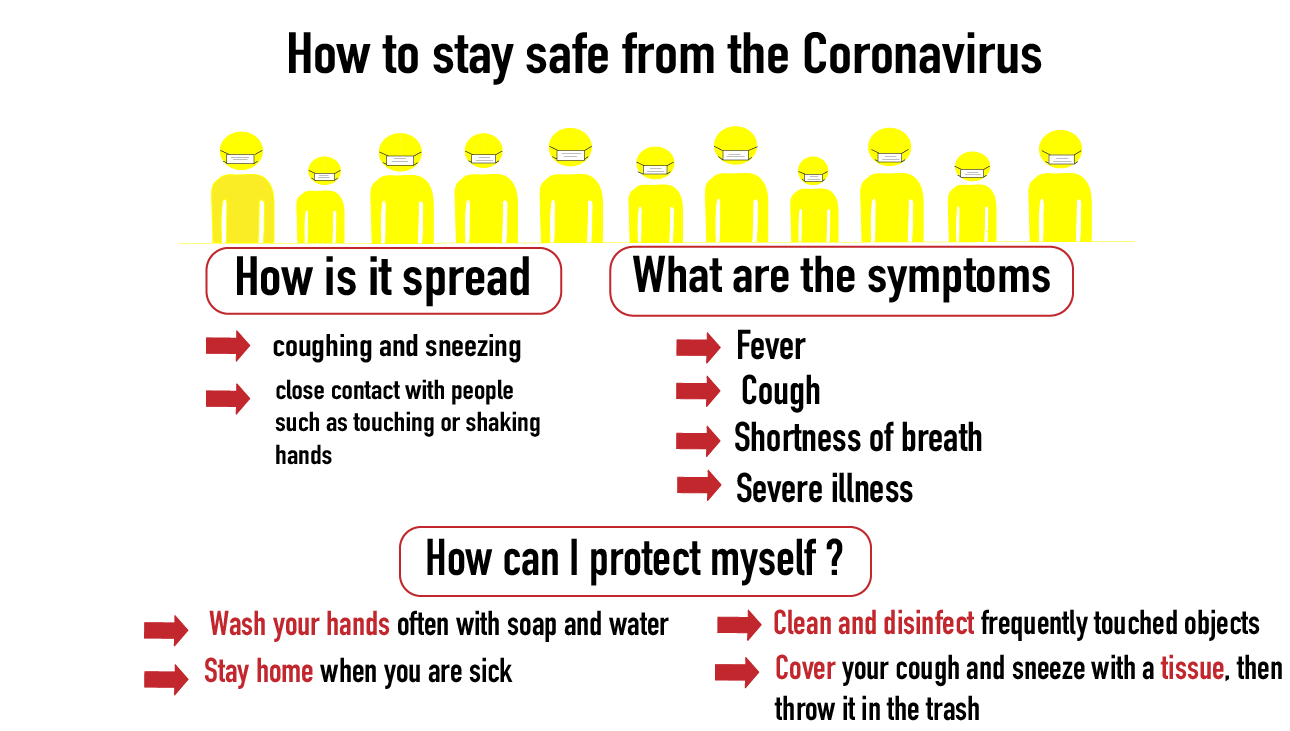