Junior Mo Xu walks into a classroom at lunch, sits down and get out paper and a pencil. It may seem like she is there to take a test or do some makeup work, but she is actually there for her Freedom from Hunger Club meeting.

There are more than 40 clubs at DHS whose themes range from raising money and community service, to learning more about foreign languages, to ethnic affiliation.

Xu is an active participant of the Freedom from Hunger club and plans to participate until she graduates in 2013.

“I think it’s important to be a part of school in a way that isn’t academic,” Xu said.

Student activities director Eric Morgan says that the best way to get involved in a club is by going to the club fair early in the first semester, signing up, and then checking the written daily announcements to find out when a club meets. Morgan also suggests checking in at his room, C-4, to get connected with a club or another school activity.

Counselor Mary Hallisey notices that students who do extracurricular activities are more successful and happier due to the sense of belonging and the connection they feel with DHS.

Clubs are not the only way to get involved. There are also sports teams ranging from football to badminton, plenty of plays to perform in, a distinguished drama board and varying levels of bands, orchestras and choirs.

Some classes, such as student government, agriculture classes and the student newspaper, also get students involved in school.

Other leadership opportunities include becoming a Friendship Day facilitator or a peer helper. Both positions help make DHS have a more positive climate and make students feel included. Applications for both are due late in the spring semester and are available in the office.

Dillard Brown, a freshman at Santa Monica College, was a Friendship Day facilitator. He also played football and lacrosse throughout his high school career.

Brown’s teachers would recognize his abilities by posting acknowledgements he got for sports in the newspaper on their wall.

“I felt like I had something to offer to the school and I didn’t want to let them down,” Brown said.

Tryouts for sports teams usually begin in August for fall sports. Other tryout times are listed outside the athletic director’s office in the main office building.

Brown was also an active participant in plays and on the DHS drama board, FRED. However, Brown felt less of a connection through theater because he felt it did not get as much recognition as it deserved.

Unlike Brown, senior Emily Bamforth, a member of FRED since 2009, has gained a strong connection to DHS through the drama department.

“Theater is a huge part of my high school experience so I feel very connected to DHS by being on FRED,” Bamforth said.

Auditions for drama productions are normally in September, December and April and are announced in the daily bulletin. There are about five drama productions every year. Applications for FRED are usually available late in spring semester.

Junior Moti Fox-Libet, a member of the DHS Madrigal choir since 2010, does not feel connected to the school due to his Madrigal experience. However, Fox-Libet does gain some connection when people acknowledge the Madrigals and know about them.

Alix Miller, a class of 2011 alumnus, says that her experience in Jazz Choir made her feel more connected to the student body due to the social diversity of the Jazz Choir and due to the friendships she made.

“It makes me feel happy to have friends, and I do better at enjoying my school life when I’m happy and I feel like I have friends,” Miller said.

Auditions for most bands, orchestras and choirs take place in springtime.

As a new student at a school, it is important to focus not only on academic success, but social success as well, according to Hallisey.

“When a new student enrolls, we talk about all school activities,” Hallisey said.

One new student who has already had a positive impact on DHS and feels a connection with it is senior Yunus Tezcan. Tezcan moved to Davis from Idaho at the beginning of last year and ran for senior class president despite being “the new kid.”

School spirit is extremely important to Tezcan, as is getting involved and feeling connected with his school. Tezcan and senior Michael Yen formed a club called the Blue Devil Club which is about school spirit and what it means to be a Blue Devil.

“I keep doing what I do,” Tezcan said.

Senior Caitlin Glassman became involved with DHS as a sophomore by being accepted to both FRED and student government when she applied in her freshman year of high school. Glassman also wrote for the student newspaper throughout her junior year.

“It’s been of huge benefit to me. I love the people I work with, and they’ve become my best friends. I love being involved at my school and feeling good every time I come on campus,” Glassman said.

In addition to making friendships and gaining recognition, being a part of something at DHS can also help keep up grades. Many sports teams and organizations require a certain GPA to maintain a position.

“Sports helped me manage my time so I knew I only had a certain amount of hours per day to get all my homework done, therefore I had no time to slack off,” Brown said.

Clubs and other activities give experience for what a real job atmosphere is like and provide community service opportunities, as well as a way for teenagers to give back to the community.

“There are so many opportunities—clubs, sports, leadership positions—that help you make friends, become a part of something meaningful and help create a school community,” Glassman said. 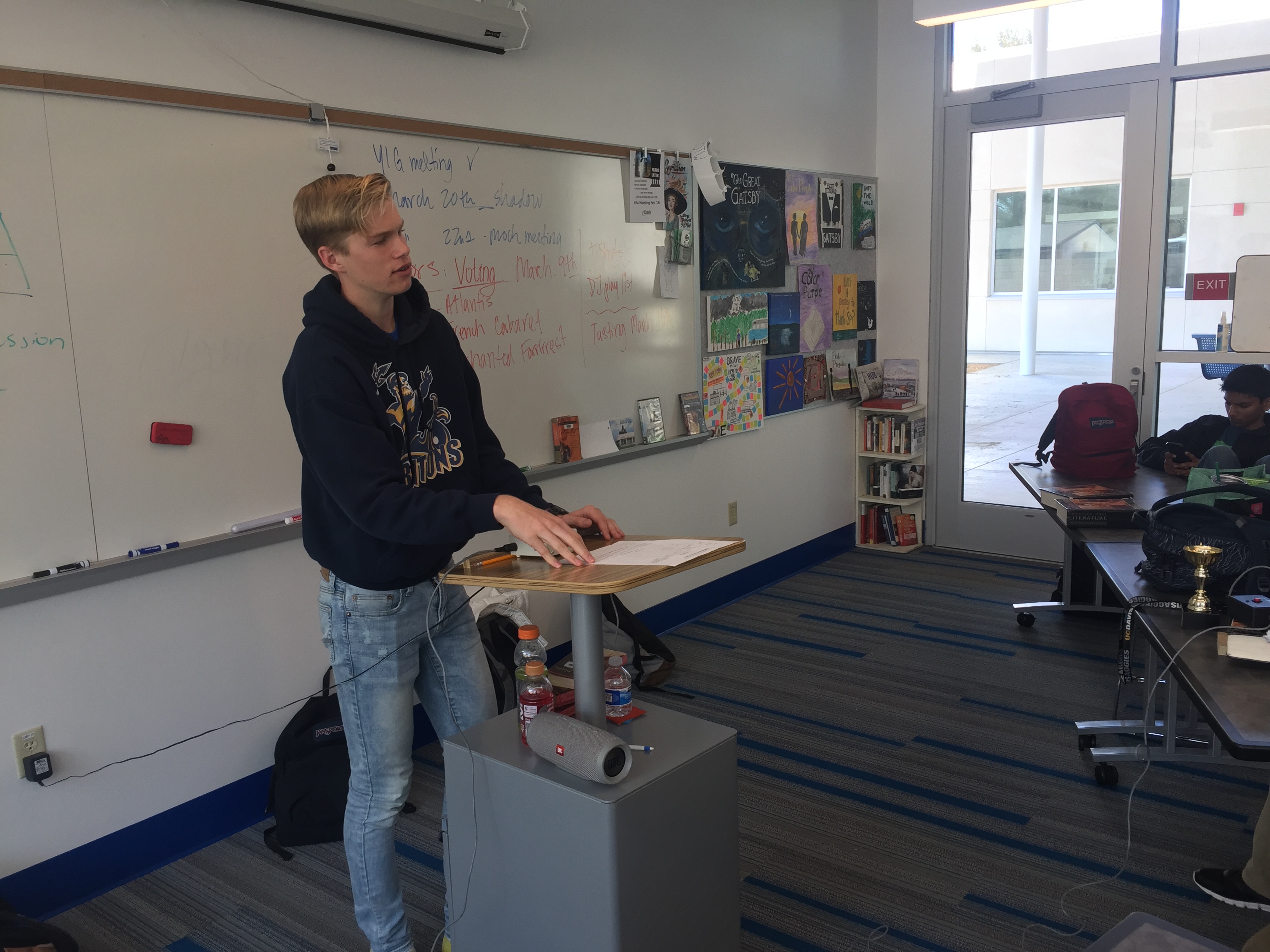