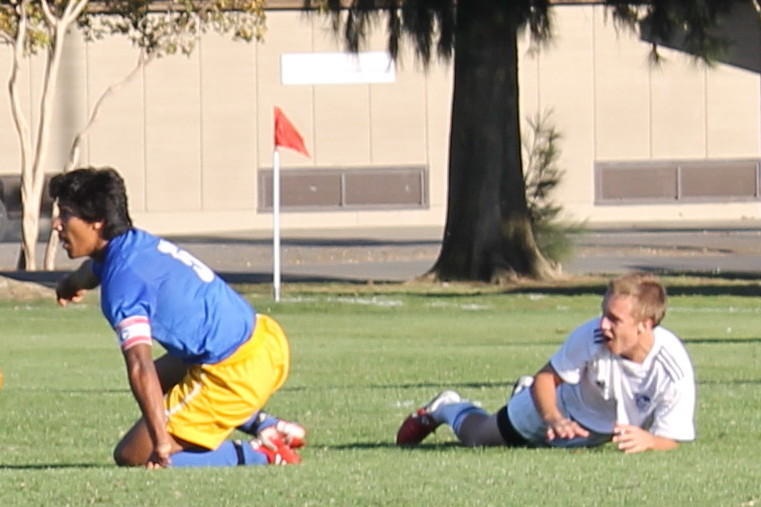 DHS varsity men’s soccer dominated the field against Grant Union High School Thursday Oct. 13.  With a 4-0 win for the Devils, Grant’s spotless record as an undefeated team has been tainted.

The game was the deciding factor on which team was going to move up in the Delta Valley Conference section championship.

Fast and talented forward Isaac McDaniel from Grant put up a big fight against the Devils.  However with sharp and witty defensive play and a long pass up to the offensive side, Blue Devil Hayato Kawaguchi scored the first goal.

Maintaining the ball proved to be a huge challenge for Davis and Grant.  Both teams on their toes took many tries at the goal.  Grant attempted three shots and missed every single one.  Davis ruled the field attempting a goal every chance they got.

Throughout the game, Davis gained the ball from shoddy passes by Grant players.

Grant players were continually called for being off sides and eventually earning red card for fouling a Blue Devil, Chris Mulvihill.

Fighting for the Ball, Mulvihill was taken down by a Grant player.  As he went down, he made a last stitch effort to keep the ball in play and kicked it over to Kawaguchi who scored again.

Two more goals were scored by the Blue Devils during the last few minutes of the game leaving DHS with the win.

With this key victory, DHS now moves up two games in the Delta Valley Conference championships.

Devil victory over Elk Grove sets swimmers up for sectionals 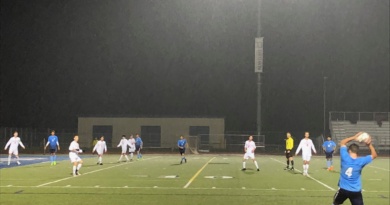