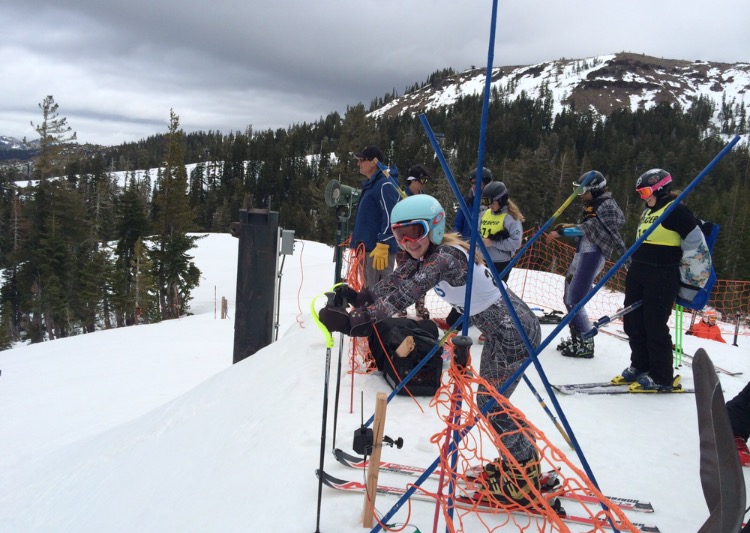 Sophomore Anna Sanchirico’s passion of skiing began when she was only two years old. Born in Washington D.C., Sanchirico skied on the East Coast until her family moved to Davis when she was seven.

Her parents loved to ski, so they started her as soon as possible. In California, she now mostly skis in Tahoe, and participates on the Davis High varsity team.

DHS ski team is in its preseason and is currently only practicing dryland before school.

“It’s pretty laid back, but if you’re late you have to bring the coach coffee,” Sanchirico said, “It’s not very fun getting up that early but it’s not that bad.”

Sanchirico has two younger siblings and her family loves to ski together. They have a cabin and go as often as possible. Sanchirico especially likes skiing with her cousins because they get to go on harder terrains.

Sanchirico enjoys the DHS team because she gets to spend time skiing with friends and improving her skills. She met sophomore Kyle Powell on the team last year and they enjoy spending time at the slopes together.

“Skiing with a person your same ski level means that you can help each other out with techniques and things,” Powell said.

Last year, Sanchirico qualified for the state meet in Mammoth,

“Going to states was an amazing experience. It was a huge accomplishment for me,” said Sanchirico, who hopes to do even better this year.

DHS skiers have to miss every Monday of school during the season to practice in Tahoe, but it isn’t much of a problem for Sanchirico–as a freshman, she didn’t have much homework.

“Hopefully my teachers will be understanding again this year,” she said.

Sanchirico hopes to qualify for the state meet again, and eventually ski in college. 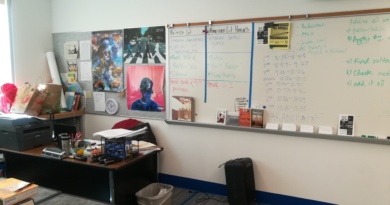