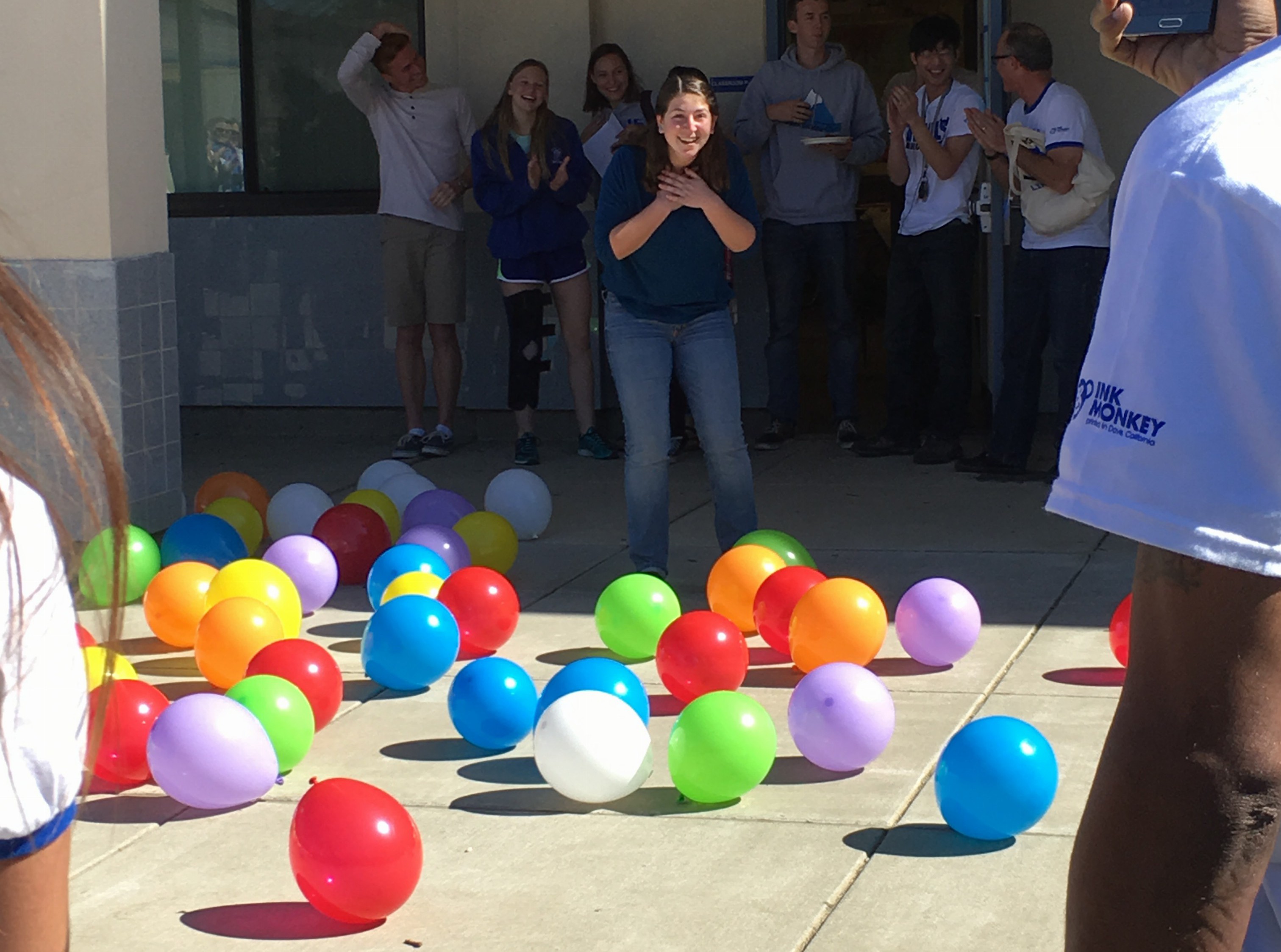 Inspired by a southern California T-shirt company, “Dude Be Nice” has become a school-wide phrase associated with honoring those who go above and beyond with their kindness. This year’s winner is senior Gabi Ramer, who is known throughout the Davis High campus for her outstanding friendliness.

The tradition started last year when the company came to Davis.

“Last year my LEAD class sat around and talked about it and we came up with Ty Brown, and said, ‘Let’s celebrate him for all the good things he does on this campus,’ ” teacher Bill Williams said.

This year, the LEAD class decided they wanted to keep the event local and called it Devils Be Nice; Ramer was the obvious choice.

“As soon as Gabi’s name came up, everybody in the class, even ones who don’t know her said, ‘Gabi! Yes, of course!’ ” Williams recalled.

Once the class chose a recipient, it had to plan the event.

“We had to make so many posters,” LEAD student and junior Rachael Ramirez said. “We had to blow up a lot of balloons. We talked to a lot of different clubs, we talked to band, [asking them] to show support and come out. I really think it shows that DHS is ready to support their peers.”

At lunch on Monday, Feb. 29, Gabi was greeted by a surprise balloon release, “High School Musical” music and adoring fans (including her parents) with signs.

“It was honestly just overwhelming,” Ramer said after the event. “It was just a flood of happiness and joy just washing over me. It was just very surprising I didn’t expect it at all. When they said my name, and started cheering with their signs, saying, ‘Go Gabi,’ it made my day.”