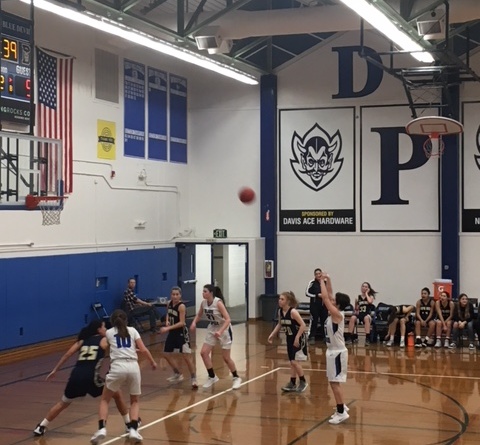 From the opening tip, the Devils jumped out to a fast start, scoring on their first offensive possession, and led 12-0 just minutes into the game. By the end of the first quarter the Devils led 18-2.

“We came out with a winning mindset and got up to a really good lead after the first and kept playing the same way the rest of the game,” sophomore Sydney Skinner said.

DHS played strong defense, only allowing five points to the Grizzlies during the entire first half, and had a comfortable 29-5 lead heading into half time.

The Blue Devils continued their momentum in the second half, with aggressive defense and easy layups.  A strong third quarter helped Davis pile on even more points, extending its lead to 41-14 after the third.

¨We executed our offense well and we played really good defense the entire game,” Skinner said.

With a 12-point fourth quarter, Davis outscored Napa in every quarter of the game.