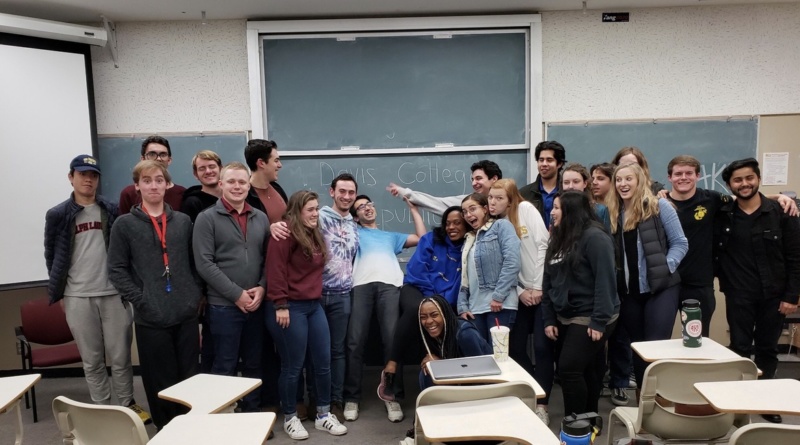 Conservative students at Davis High are experiencing the negative effects of political polarization, especially leading up to the 2020 presidential election.

Conservative students keep views to themselves

Results of the last presidential election demonstrate the overwhelming liberal tendencies of voters in Davis, California. In 2016, 81 percent of voters in Davis voted for Hillary Clinton, according to the Yolo Elections Office.

According to UC Davis political science professor Christopher Hare, such political homogeneity is an example of geographic sorting — a phenomenon “broadly understood as an increasing alignment between citizens’ political identities and where they live.”

Polarization can feel even more pronounced online. “It’s scary for some students I know to express their views [on social media],” senior Joshua Jaison said.

Numerous conservative students declined an interview. Many cited fears of starting arguments or facing retaliation from their liberal classmates.

Liberal students acknowledge the polarized atmosphere at DHS. “I definitely feel there is a bias against conservative students at DHS from other students,” senior Rosie Mariano said.

In an environment where one party has a significant majority, it is less important to convince the minority, the majority only needs to show up at the polls. Polarization “tends to shift strategy from persuasion-based efforts to turnout-based efforts,” Hare said.

Conservatives’ isolation is due to the lack of Republican campaigning in California. “In states like California there isn’t much of an active presence from the [Trump] campaign because it’s a foregone conclusion that the state will vote for the Democrat nominee,” said Seth Unger, Ohio Communications Director for the Trump presidential campaign in 2016.

Sabrina Lockhart, the former communications director for California Assembly Republican leader Connie Conway, highlighted the futility of spending campaign resources in polarized areas. “You know people who are never going to support you,” Lockhart said. “That universe of people, you wouldn’t waste your media resources there.”

However, Lockhart and Unger both described local races as nonpartisan and issue-driven. According to Lockhart, having a candidate who is connected to their community is often more important to voters than political party.

The future of Republican success relies on the ability to address issues that appeal to younger voters. “All the demographics point to our electorate getting younger and younger,” Lockhart said.

Brar believes that as a college organization, Davis College Republicans is more in tune with the issues that appeal to college age voters. He emphasized the potential to work with liberals and find conservative solutions to modern problems. “The Republican party will evolve,” Brar said. “We will adapt.”

Lockhart also supported both parties working together to address issues where they agree. “I hope that younger voices can help bring dialogue, I think that’s what’s missing from politics today,” Lockhart said.

Jaison expressed openness to discussion. “In a place where most people don’t think like you there’s definitely a lot of opportunity to challenge what you think,” Jaison said.