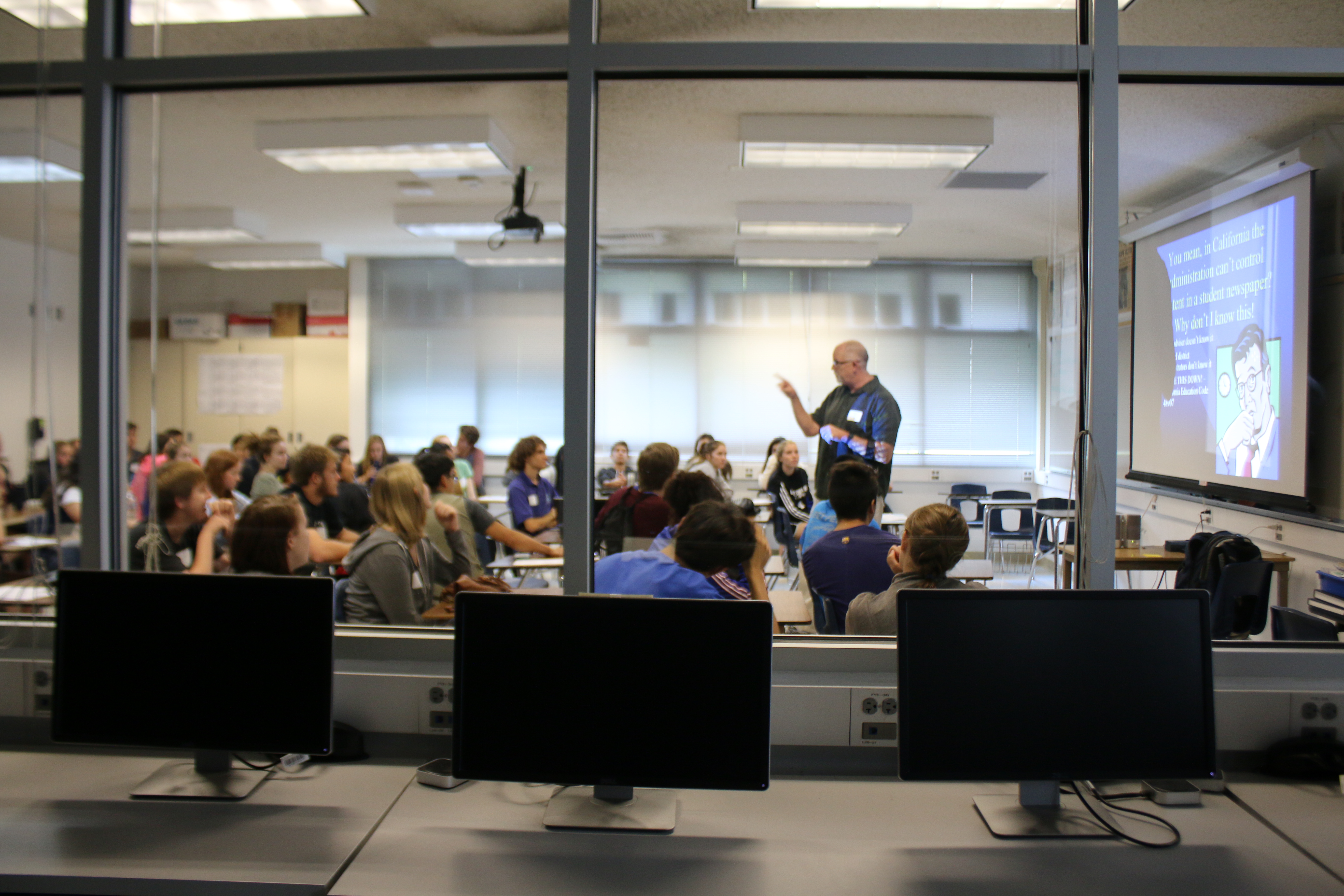 Nearly 100 journalism students from schools from Davis to the East Bay packed into the Davis High library for “We Tell True Stories,” a journalism workshop that took place on Saturday, Oct. 17.

The day started off with speaker Mark Kreidler, a sports journalist, radio host and author, who gave a 50-minute lecture on his career, his past and the audience’s futures.

Kreidler emphasized to students and future journalists the importance of picking up a pen and writing. Kreidler mentioned that he has written more stories just for himself to read than ones that have been published–and he has published around 4,000 articles.

“It’s totally critical that people learn how to write. If you can write and communicate well, everything else, whether it’s journalism or anything else that you pursue, becomes easy or easier. That’s the message, learn to write,” Kreidler said.

Though it was a primarily DHS crowd, some students came from other schools to learn and take advantage of the workshop. Granite Bay adviser Karl Grubaugh and a few of his students drove more than 45 minutes to attend the event.

Grubaugh encouraged his students to come so they can see other perspectives, listen to teachers who are not himself and hopefully improve their school paper.

Granite Bay High senior Amanda Nist came to the workshop because she hopes to pursue a career in journalism and wants to improve her school paper, the Granite Bay Gazette

Nist was really impressed with a workshop run by DHS alumna Grace Richey and DHS senior Kellen Browning, in which they talked about finding and pursuing stories that matter. In particular, they described the process of writing their JEA Impact Award-winning article “MPR demolition isolates students” last year.

“I really liked that because you guys were showing your story and all the recognition it got, as well as the local aspect and how involved everything is; I think that’s really cool,” Nist said.

DHS English teacher and HUB adviser Kelly Wilkerson was behind the whole operation, and she found a way to connect the workshop to JEANC (Journalism Education Association of Northern California), which sponsored the event.

Though many of the speakers were journalists or newspaper advisers, the event was a learning opportunity for other forms of writing as well.

Senior Sarah Zaragoza-Smith was one of two DHS yearbook students to attend the workshop; she went hoping to improve AP style in the yearbook and wanted to learn some new journalistic ideas. She found inspiration but said some ideas were difficult to connect back to yearbook.

“I think that yearbook journalism is different from The HUB or any other print journalism because it’s meant to be looked at 30 years from now, not today. With yearbook reporting really you’re trying to remind people what happened when they were in high school,” Zaragoza-Smith said.