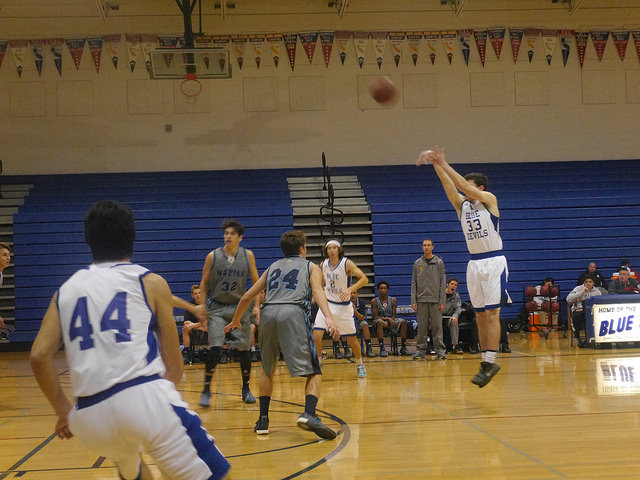 UPDATE: The men’s basketball team’s Twitter account said Friday, Jan. 29 that “there is a still a chance that Ben [Prussel] returns to our lineup at some point this season. We wish him a speedy recovery regardless!”

Losing a teammate to injury is never fun. Losing a star however, can completely derail a team.

The Davis High men’s basketball team learned Wednesday, Jan. 27 that senior Ben Prussel will miss the rest of the season with a torn PCL (posterior cruciate ligament). Prussel, who sustained the knee injury last week, has been a key starter in the Devil offense and a threat behind the three-point arc.

Senior Glen Welch, who torched the Mustangs for 28 points, spoke about Prussel after the game.

“[Ben] has always been a big part of our team,” Welch said. “Its definitely going to hurt not having one of our playmakers out on the court with us.”

The Devils were able to stay close with Monterey Trail the entire contest–Davis led 18-16 at the end of the first quarter and only trailed by three, 41-39, going into halftime.

Defying the late heroics from seniors Tommy McTygue (12 points) and Kevin Austin (11), the Mustangs were able to build a solid second-half lead.

“We’re at a point where we have to stop looking for positives in losses,” McTygue said. “We have to step up and play like we know we can.”

McTygue backed up his talk on the court; with less than a minute left in play, and a comeback still within reach, McTygue poured in four points for the Devils, along with a steal and a pair of offensive rebounds, bringing Davis within five points of the Mustangs.

“It was good to see Tommy come out of his shell and play attacking,” Welch said. “We need that kind of play from guys like him.”

The road ahead is a tough one for the Blue Devils, featuring match-ups with league heavyweights Elk Grove, Jesuit and Sheldon. The first of those, Elk Grove, will face Davis at home Friday night in Davis’ annual Break The Record Night game. The 7 p.m. contest is “White-Out” themed; spectators are encouraged to wear white to support the Blue Devils.

“[The] team is excited for break the record night,” Welch said. “But we’re going to stay focused on the task at hand, beating Elk Grove. We need a win, and right now that’s our only goal.” 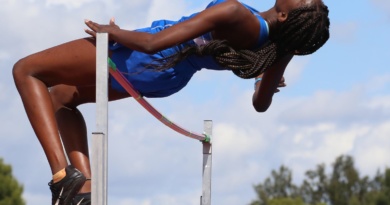 Blue Devils brave the bad weather to qualify for state