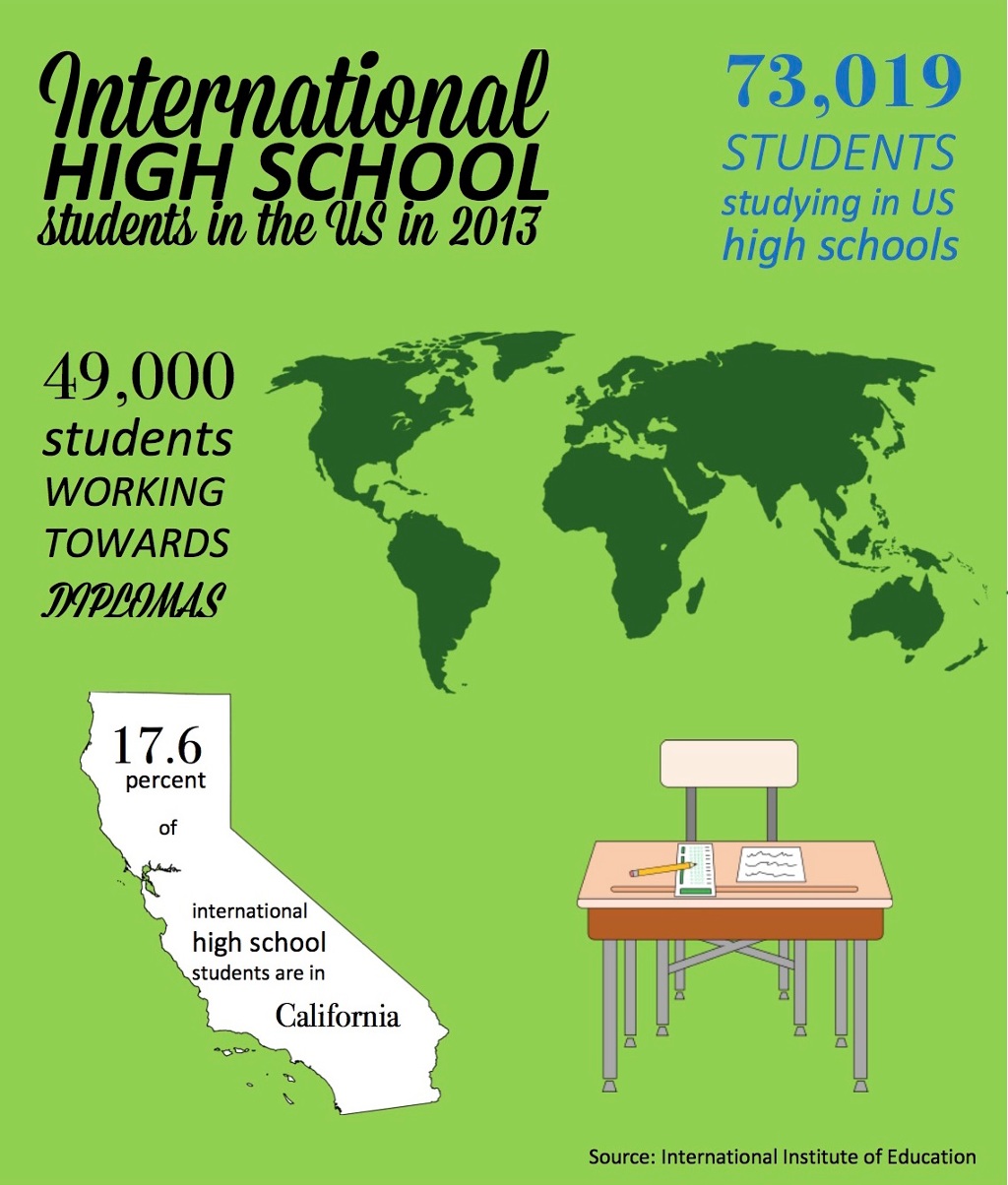 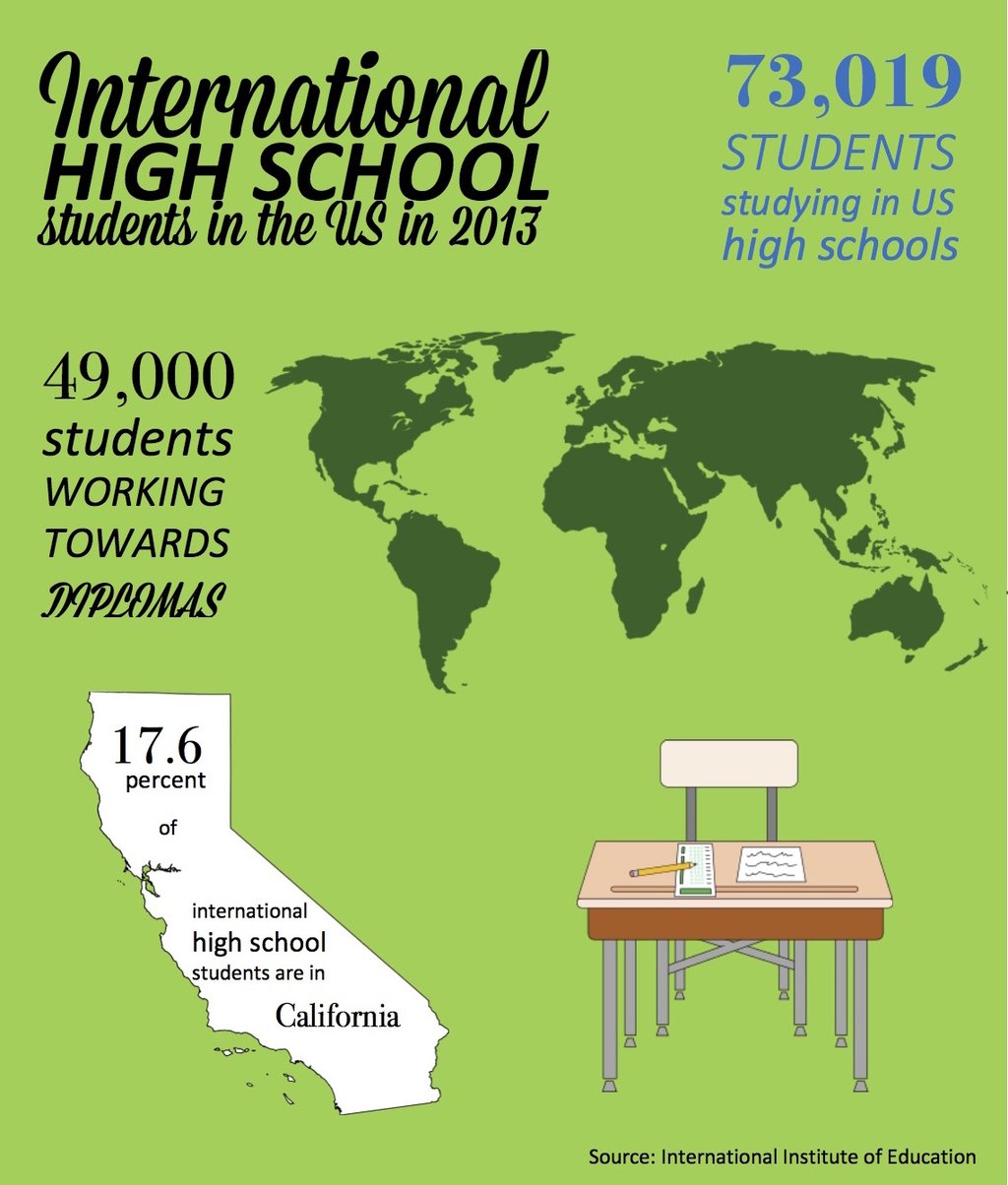 The Davis Joint Unified School District’s new interpretation of the California Education Code means that students can live with someone who isn’t a close relative without having to demonstrate a specific hardship.

However, while this interpretation could make it easier for U.S. citizens who live in another area or country to study in Davis for high school, it may not significantly help international students.

Earlier this school year, a student challenged the district’s interpretation of the caregiver agreement law, arguing that students didn’t need to show a hardship (for example, alcoholism or mental health issues) in order to work out a caregiver agreement and live with someone who wasn’t a close relative. The school district investigated the claim and found out that, in fact, the student was right.

“We were interpreting it much more strictly,” said Laura Juanitas, Director of Student Services.

According to Juanitas, in the past, “there had to be some compelling reason” for the district to allow a student to live with someone who wasn’t a relative. But following California Education code 48204, students can live with caregivers to establish residency or to be able to go to the schools in the area where the caregiver lives.

Does this more lenient interpretation mean that students–specifically international students–will flock to Davis? Not necessarily.

First of all, the caregiver agreement would not substantially help international students get a public high school education because, according to U.S. law, most international students can attend a maximum of only one year in public school with an I-20 visa. During the year that they are attending a public school, they must repay the school for the full cost of their education.

While this might not make it easier for international students, it could help people like Charlotte Chen.

Chen, who graduated from Davis High in 2012, was born in New York. Her parents divorced when she was young. However, after a while, her father was unable to take care of her.

“He just got too busy,” Chen said.

When she was about seven years old, she went to China, where she attended boarding school during the week and stayed with her grandparents during the weekend.

She came back to the United States during high school and was originally staying with her grandparents, but their health started failing. After staying with her uncle for a bit, he also became too busy. By senior year, she was living by herself in a two-level apartment on Cypress Lane.

Chen usually had dinner at a friend’s house, but mainly did her shopping and cooking herself. Although there was another woman in the apartment who was her roommate, she was not the person who was supposed to take care of Chen.

“I had been in boarding school,” Chen said. “I thought that I was independent enough.”

Nevertheless, it become more difficult as time went on.

“After second semester, it was really tough,” Chen said. “Seeing other kids with their parents was especially hard.”

Would she have liked to take advantage of a caregiver agreement?

The short answer is no. Chen was actually asked if she would like to live with another adult, but she wasn’t comfortable with the idea. She also knew someone who was in a quasi-caregiver arrangement who didn’t like it.

For those who aren’t U.S. citizens, it can be more difficult to study in the United States for high school.

Yu Jin Lee came over to the United States from South Korea in eighth grade with her mother and brother. Her mother, a professor of business, was taking part in an exchange with California State University, Sacramento. Lee lived in Davis and attended Emerson Junior High.

Mainly, she liked that she could choose which classes she took, unlike in South Korea, where everyone took the same ones. Lee had also planned to go to college in the United States, and thought that if she went to high school in the U.S., she would have a better chance of getting into college there.

However, her mother’s exchange was only for one year, so in order to stay in the U.S., she would have to go to a private school. Her mother researched boarding schools with merit scholarships for international students, and found Culver Academies.

To get the scholarship, Lee had to get letters of recommendation, write a personal statement and two additional essays and take the Secondary School Aptitude Test and the Test of English (TOEFL). As a finalist, she had to fly to Illinois and participate in a week-long leadership camp, as well as partake in an hour-long interview.

Lee won the merit scholarship, which has since stopped being offered, and is now a junior at Culver Academy.

She likely would have gone to a boarding school even if she hadn’t received a merit scholarship, but she felt that if she that had  happened, she “would have been a burden to my family.”

Like many private boarding schools, Culver Academies has a section on its admissions website for international students. The website states at the top that it is committed to “preparing young men and women for a world where international boundaries are no longer barriers to understanding and cooperation.”

In addition to stating the school’s purpose, the website goes on to list what prospective international students need to do in order to be accepted at Culver Academies.

While most international students come from word of mouth referrals, the Director of Admissions, Nick Broad, has been overseas in Taiwan and China in order to talk to prospective students about Waldorf. Once the students start attending, Waldorf helps them with an orientation, tutoring in English, extra homework assistance and host families that have been picked from within the school.