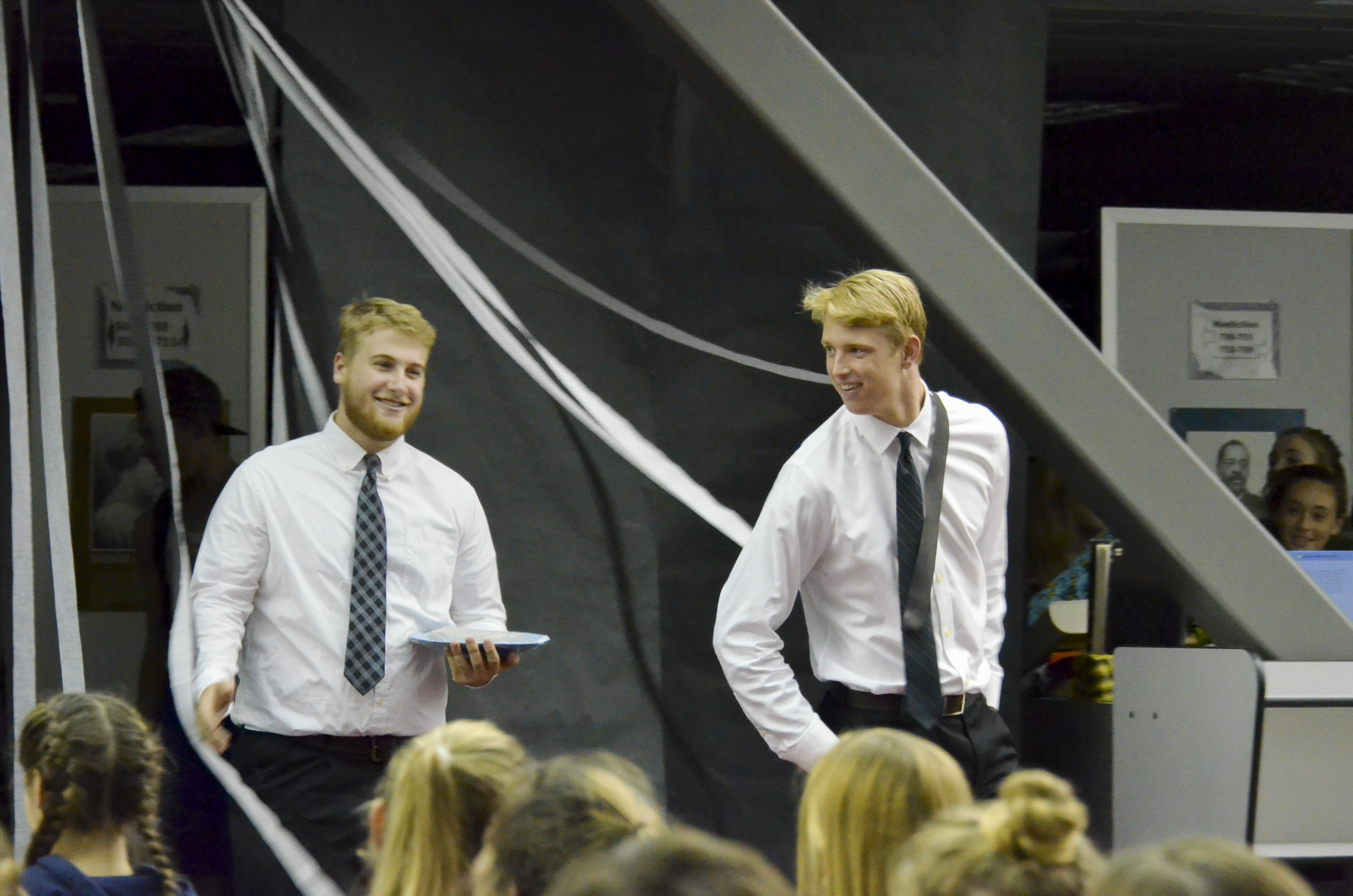 Davis High students crowded into the Craig Armstrong Library for the annual Rent-a-Senior Auction on the evening of Thursday, Nov. 9. 11 seniors were sold at the ASB-run event, raising approximately $200 towards lodging and food for Student Government’s end-of-the-year CASL leadership conference.

The crowd cheered and laughed as seniors pranced through the streamers and onto the makeshift red carpet.

Much of the bidding was dominated by groups of friends of the seniors, according to junior Silas Kirsch. However, to Kirsch, the event was as much entertainment as anything else.

“I think bidding was kind of a secondary thing– most people were there just to have fun and see their friends goof off,” Kirsch said.

An assortment of solo selections and senior pairs were offered for sale: Ace Gimenez/Andrew Vallero, Joe Morrison/Will Smith, Lauren Bandy/Catherine Bernhardt, Khalida Pergher/Autumn Johansson, Miles Zabala/Jake Purves and Will Wyman. The two highest bids of the night were $50 for Gimenez/Vallero and Wyman.

The audience of about 50 contributed to an energetic and lively atmosphere, and watched with amusement as the seniors acted out their shticks.

This is just the second year Student Government has hosted the auction in the library–for years it was held in the gym. The smaller space allows the event to be more interactive, according to senior and Student Government member Aedan Enriquez. Enriquez was this year’s committee head for Rent-a-Senior.

The services that renters paid for at the event were performed on Monday, Nov. 13.

Senior Will Wyman was sold for $50 to senior Rachel Trauner and sophomore Catie Fee. On Monday, Trauner and Fee enjoyed being carried from class to class and taken out to lunch.

“I enjoyed the experience and would recommend it to seniors next year [as] a fun way to get involved in a [DHS] event,” Wyman said. 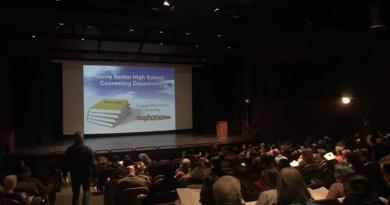