For true-crime lovers and conspiracy theorists, “Wormwood” is the go-to documentary this winter.

“Wormwood” was released on Dec. 15 on Netflix and in some theaters, and was produced and directed by renowned documentary producer Errol Morris. The six episode documentary investigates the death of government agent Frank Olsen, played by Peter Sarsgaard, and uncovers information about CIA mind control project MKUltra.

The story is told through interviews with Olsen’s son Eric, clips from old newspapers, television specials and photographs and reenactments of the nine days before Olsen’s death. Each episode cuts between 1953, right before Olsen’s death, 1975, when the Olsen family learned they were initially lied to, and present day, when Morris conducted interviews with Eric and the Olsens’ attorney.

“Wormwood” opens with Olsen’s leap out of a New York hotel window to his death on the city streets. After the title credits, we meet Eric, who tells us that at the time of his father’s death, his family was told that he just had an accident; that he “fell or jumped” out the window. Then Eric asks the key question for the entire series: “How can you arrange this triangle of terms, so that this thing gets sorted out in any possible way?”

As we learn throughout the show, it is impossible to sort out the situation. There are too many secrets, too many cover-ups, too many lies.

While “Wormwood” tells a captivating story, there is an issue with the pacing. At times the story progresses quickly, with newspaper headlines flying across the screen, but other scenes feel like they were shot in slow motion, especially the scenes set in 1953. These particular moments lack dialogue, and it feels like a chore to watch them. Luckily we have the power to fast forward if we want to.

If one thing does stand out about the 1953 scenes, it is the score. The music, composed by Paul Leonard-Morgan, gives an especially eerie and unsettling mood to the reenactments, which is a contrast from the subtle strings in the background of the interviews.

Speaking of contrasts, I am also not a fan of the harsh, omnipresent orange and teal color grading, but that’s just getting nit picky.

Overall, “Wormwood” leaves the viewer with more questions than answers, as the topics presented do not have a solid conclusion. However, this is a good thing, because it sparks a curiosity in the past wrongdoings of the government and CIA, and lets the viewer become knowledgeable of a story they may have never heard of before.

Enjoying Thanksgiving, even without the turkey 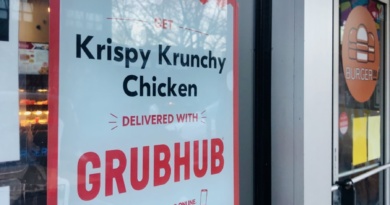