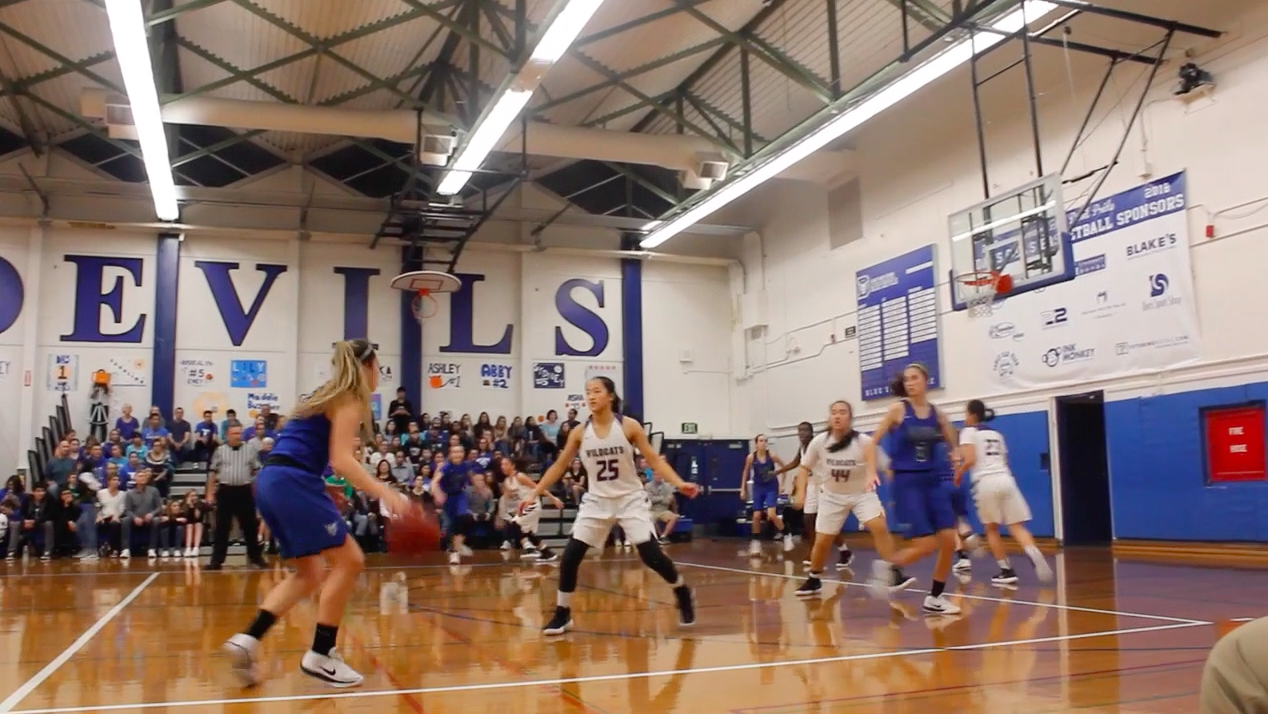 Women’s basketball topped Franklin 55-37 at Friday night’s “Blue Out” game against a backdrop of a gym full of cheering fans.

The game was this year’s “Break the Record Night,” an event which aims to break the record for the number of people attending a basketball game.

And break the record they did. The bleachers of the South gym were packed by the 7:30 start time, minutes later folding chairs were being set out as additional seating and by midway through the first quarter a long line of people waiting outside was being turned away because the gym had reached capacity.

Inside the gym, the Devils had no problem bringing down the Wildcats. Through the the middle of the third quarter the game was close with Franklin consistently trailing a few points behind Davis.

At the end of the third and through the fourth quarter Davis surged ahead, growing a considerable lead and finally finishing off with 18 points on Franklin.

The team was encouraged by a particularly enthusiastic crowd and a student section that overflowed out of the packed bleachers.

“Break the Record is something we do every year for both our women’s and men’s teams just to give publicity to our basketball teams,” said junior Rachel Hedman, a member of Student Government who was the main planner of the event.

Student government also organized a half-time game of musical chairs with a basketball twist that required competitors to dribble a ball throughout the game.