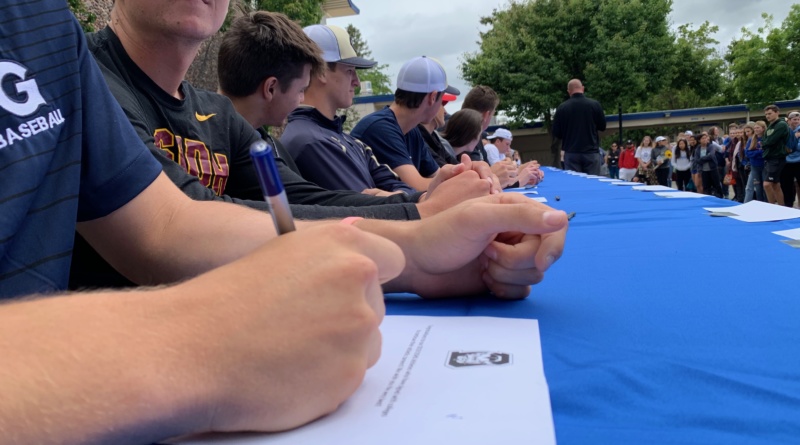 While some students were busy wandering off campus or eating lunch, a select few Davis High seniors gathered at a table in the quad on May 21. There, a ceremony for athletes committed to playing a sport in college was held during lunch.

Although the majority of the athletes have already signed a contract and committed to their school, the event took place to commemorate their dedication and effort.

At the signing day ceremony, athletic director Jeff Lorenson introduced each athlete with a brief synopsis of their career at DHS. Lorenson believes that signing day plays an essential role in recognizing athletes.

“[The athletes] spent their entire lives and careers working towards, most of them, a goal or a dream of playing college sports,” Lorenson said.

Among the athletes who have dedicated their whole lives to playing a sport is senior Paige Rubinstein.

“I have been playing soccer my entire life and I could not imagine not playing. I want to go to the next level and play higher level soccer,” Rubinstein said.

Rubinstein sat at the table to represent Stanford University. She believes hard work and dedication are key elements in potential future collegiate athletes.

Senior Hannah Lybbert also took part in signing day. She committed to Utah State University and will compete on their track and field team.

“I just think I wanted my career to go on longer. I knew I could do better and I think being able to have that opportunity to continue competing and training and getting better was what I was looking for,” Lybbert said.

Parents, coaches and friends also gathered to congratulate the seniors. Among the crowd was women’s basketball coach Heather Highshoe. Highshoe coached seniors Alex Agnew and Cristina Oliva, both of whom were seen at the signing table.

“They’ve been really instrumental to our program […] They led us to the playoffs each year and we’ll definitely miss their leadership and just what they brought to the program,” Highshoe said.

The event lasted the entire lunch period, and ended with dozens of pictures and hugs from friends and family members.

To the 37 Blue Devils at the table and the audience around them, Lorenson said, “congratulations to all the athletes and families.” 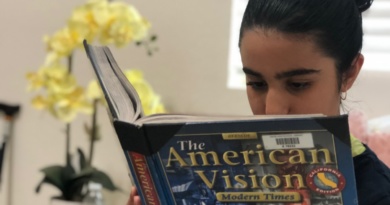