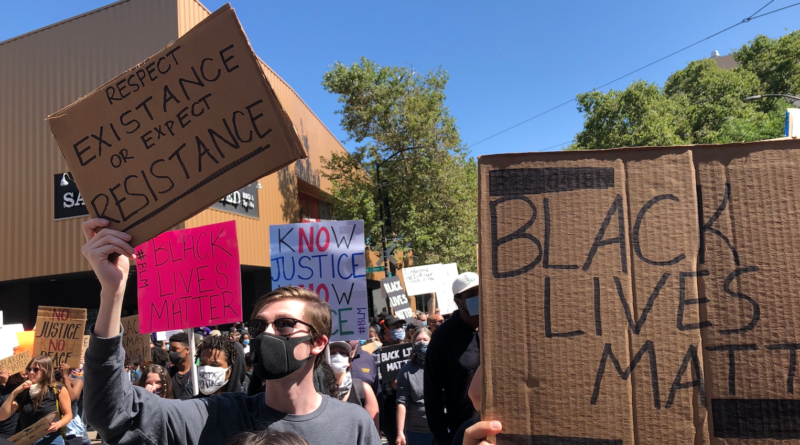 A 46-year-old black man named George Floyd was arrested in Minneapolis and shoved to the ground on May 25. White police officer Derek Chauvin held his knee against Floyd’s neck for 8 minutes and 46 seconds while three other officers kept shocked bystanders at bay. Floyd gasped, “I can’t breathe.”

The officers claim that Floyd resisted arrest after a store owner believed that he had tried to use a counterfeit $20 bill. Witnesses say otherwise.

Videos captured by bystanders quickly went viral on social media, sparking outrage, and by the next day protest over the incident began in Minneapolis. Over the next two weeks, protests continued to grow in cities across the country and confrontations between protesters and police escalated dramatically.

After initially peaceful protests in Minneapolis were met with aggression and violence from officers, protests began to expand and intensify night after night. The movement reached a climax when protesters, wildly outnumbering police, stormed the Minneapolis PD third precinct and set the entire building ablaze.

As this rage spilled out of Minnesota and across the United States, vandalism of police vehicles and stations, including here in Davis, accelerated. Riots began to break out in many cities, leading to looting and burning - with little evidence that riots were started by racial justice protesters rather than those seeking to take advantage of the chaos.

Much of the rioting and vandalism that plagued the protests early on has been blamed on extremists and outside agitators. While President Trump has claimed without evidence that the looting is being instigated by “antifa,” a non-centralized radical left-wing anti-fascist movement known for often violent “direct action” tactics, Governor Tim Walz of Minnesota blamed much of the violence in his state on white supremacist groups.

There has been a noted interest among white supremacists on the internet about the protests as a sign that multiracial society is falling apart. Heavily armed members of the white supremacist “Boogaloo” movement have also been documented at protests across the country, and several have been arrested and charged with conspiracy to instigate violence at protests.

As protests flared up, videos of blatant police brutality and violence against peaceful protesters flooded social media and the internet.

In Sacramento, an 18-year-old boy and teenager girl were both shot in the face with rubber bullets by police. In Buffalo, a 75-year-old protester was violently shoved to the ground. When the two officers involved were put on temporary suspension, the entire Buffalo PD Emergency Response Team resigned in protest.

In Atlanta, two black college students were brutally dragged out of their car unprovoked. On the streets of New York, police were caught on video running over protesters with their vehicles.

Across the country, hundreds of videos showing seemingly unprovoked beatings, use of tear gas and pepper spray, including illegally targeting journalists, have been shared widely and sparked nationwide outrage. Administration officials on behalf of President Trump even ordered a peaceful protest in Washington D.C. to be tear gassed in order for the president to get a photo-op walking down the street.

This resurgent energy in the Black Lives Matter movement has given it momentum as what began as a call for justice for George Floyd turns into a historic movement for overarching racial justice and police reform.

Meanwhile, supporters of the movement abroad have gathered to march in solidarity all over the world, with protests in France, Italy, Belgium and more. Protesters in England toppled a statue of a slave trader in Bristol and marched en masse in London.

The demands of protesters are not all uniform

Although the movement is calling for change, the specifics of what that change entails have not been the same amongst all demonstrators. Calls to “defund,” “disarm,” “disband” or even “abolish” police departments have echoed greatly, and they all include an insistence that money usually directed to police instead be used to invest in communities-- especially African American and minority communities.

Many people in Davis and across the country have been signing online petitions, including “8 Can't Wait,” to call for local policy changes as Congress debates nationwide action. The list of reforms that 8 Can’t Wait calls for include policies designed to disincentivize the use of force and train officers in non-violent forms of peacekeeping.

“The main goal of these protests is to fight for reform in the American policing system,” junior Maya Bailey said. “We need to get rid of the racist foundations of our current police system and I think that stronger use-of-force regulations should be communicated to officers.”

Others insist that “reform” isn’t enough, and that the system needs to be entirely redesigned to better benefit communities. Many are calling for an end to “qualified immunity,” a change that would make officers personally accountable for their actions while on duty, as well as demilitarization of police departments and the obstruction of the power of police unions, which protect officers from accountability and often help those terminated for excessive force to be hired again.

President Trump has unequivocally rejected calls for massive reform, echoing Richard Nixon in an appeal to “law and order” in response to the protests, which are similar to those that broke out across the country following Martin Luther King Jr.’s assassination in 1968.

The Minneapolis City Council, however, has pledged with a veto-proof majority to disband the police department, a historic move that may serve as a test run for a new model of community safety. Protesters are hopeful that the resurgent Black Lives Matter movement and demonstrations will cause real change nationwide.

In response to the upsurge in the Black Lives Matter movement, there have been numerous protests both in Davis and Sacramento. Starting on Saturday, May 30, roughly 100 residents took to the streets in Davis with the intent to protest police brutality against African Americans. A week later, Amber Griego organized another event set to take place in central Davis.

However, there were many concerns as some had heard that Griego had been in contact with police about the specifics of the event. Residents were also concerned that people, especially people of color, could be hurt or arrested while Griego had developed no plan to bail people out. Davis police responded to a protest on Sunday, May 31 armed in full riot gear.

With tensions high and the possibility of police attendance, the event was cancelled and protesters were encouraged to attend the Sacramento demonstration instead.

The Black Lives Matter movement has gotten many students involved on social media. “The media has become an important part of the BLM movement. I think that the reason George Floyd’s murder was the catalyst for this movement to spring into action was because of the video of his murder,” Bailey said.

Bailey, along with many other students, have been using their voice on social media to promote signing petitions, donating money and keeping up with current news and local protests. When students were surveyed, it showed that signing petitions was one of the most popular ways students are getting involved.

“Students can not specifically do more than others. But, because Davis is a peaceful town generally, protesting, raising awareness, signing petitions and donating will do much more in Davis while facing very little repercussions than in larger cities,” junior Emi Sorenson said.

Local police officers have been heavily impacted by this movement, with many people wanting to defund the Davis Police Department. On the night before May 30, the police station was defaced with graffiti.

However, amid the protests going on, Lt. Arturo Camacho of the Davis Police Department assures that the policemen are here to help with protests.

“The Davis Police Department is always in favor of people freely expressing their political opinions through their first amendment rights and thus through their constitutional right for lawful assembly,” Camacho said. “We are always happy to provide traffic safety for our public demonstrations.”

Gloria Partida, mayor pro tempore and head of the Phoenix Coalition, has been using her work as a social justice advocate to organize online protests, encourage people to write the names of victims on their sidewalk with chalk and use her voice in conversations about police policy.

“From a policing standpoint, we need to continue to review our policies. We have done much work to get to a point where we are able to have open and sometimes difficult dialogue with the community and police department,” Partida said.

With many demanding changes, city officials and the police department are looking to make adjustments to our policies locally.

For example, “at the police accountability commissions meeting on Monday, June 1, the question of a particular neck hold was discussed. While it is technically and allowable, discussions will be had around whether it should be recommended to be discontinued,” Partida said.

In a recent public statement that was sent out by the Davis Police Department, they declared that, “Due to the potential for inflicting unintended serious bodily injury, officers shall not use chokeholds, strangleholds, Lateral Vascular Neck Restraints, Carotid Restraints, chest compressions, or any other tactics that restrict oxygen or blood flow to the head or neck.”

Many believe that George Floyd’s death sparked the change needed. Through people spreading awareness on social media, Floyd empowered the BLM movement across the nation.

“George Floyd’s tragic and horrific death touched on many social issues all at the same time: racism, police brutality, inequality, police oversight and many others. Hence, many are naturally feeling the need to speak out, make their voices heard and, hopefully, effect positive change,” Camacho said.

Davis officials are doing their best to be accommodating for the community and are making sure laws are under constant review by policy makers.

“I believe we have done much work in Davis around training and scrutinizing our police policies. The police accountability commission will continue to ensure our standards reflect the voices of our community. Many of the concerns and policies that are being investigated in other departments have already been addressed in Davis,” Partida said.

“I think I speak on behalf of everyone at the Davis Police Department, when I say the events surrounding Mr. Floyd are nothing but horrible and tragic. We are hoping for an expeditious resolution in the legal issues in this matter; we are hoping for justice for Mr. Floyd and his family,” Camacho said. “We are also condemning unnecessary violence and criminal actions by people who seek to bring disruption and destruction to those who want to make their voices heard in a lawful and peaceful manner. The Davis Police Department does not only see itself as a partner to our community, but really as a part of it. Our men and women work hard every day to deliver high quality police services, transparency and trust to our community members.”

To reach out to city officials or police officers, contact the City of Davis by going to their website at cityofdavis.org.

Review of “The Racketeer” by John Grisham 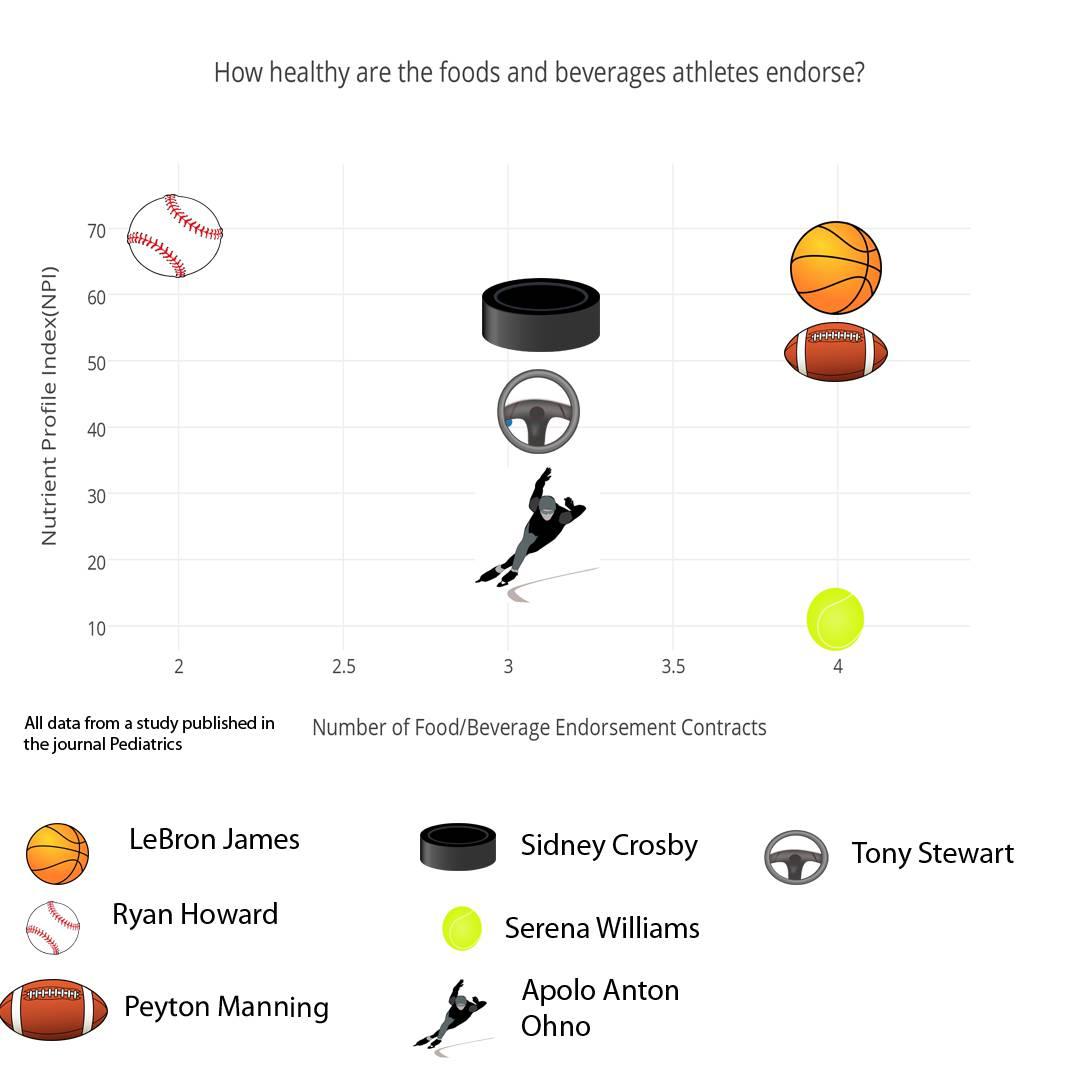