I’ll admit, when I first took a listen to Tay Tay’s new album “1989”, I was a little disappointed. Each song seemed like the same bubblegum pop that would make 15-year-old guitar-wielding Taylor ashamed. But as soon as I accepted that her newfound sound was anything but country, it began to grow on me. Take a look below for my opinions on each track…

Driven by a kick drum and synth-pop sound, this upbeat number is a great opening to T-Swizzle’s fourth album. Saying I’m addicted would be an understatement, seeing that I’ve been listening to it on repeat for the last week! The song focuses on Swift’s recent move to New York City, and the enticing, “clean-slate” mentality that comes with moving to a new place. It does a great job setting the tone of the rest of the album and solidifies Swift’s transition to a true pop artist.

Other than being extremely catchy, this track succeeds in making a statement, mocking Swift’s reputation of falling in and out of love too quickly. Those who don’t know much about her might miss the irony of this song, but true fans like myself admire her ability to playfully shrug off the haters.

This song is by far my favorite song on the album. Using timeless trends like red lips and classic white tees as a metaphor for a toxic relationship that will “never go out of style”, Swift once again proves her ability to weave life lessons into an upbeat hit.

“Out of the Woods” is a prime example of Taylor’s successful use of repetition to entice listeners without annoying them. I have no idea what the song is actually about but that doesn’t really matter when I’m belting out “Are we in the clear yet? In the clear yet, GOOD.”

In this song, she calls out all of those who want what they can’t have, specifically a guy who ran when things were getting serious and is now crawling back for a second chance. Once again, this track is easy to dance to but isn’t that unique in its approach or sound.

First released as a single, “Shake It Off” is one of those songs that you don’t want to like, but can’t help not to. Maybe if it wasn’t on the radio 24/7 I could appreciate it more, but for now, this tune laden with horns and handclaps is a bit too overplayed for my taste.

This song was disappointing. It’s nothing more than a basic rendition of a standard break up song and the immature lyrics make it seem like a teenager wrote it.

Now this is the anthem to belt out to all who have wronged you. Allegedly written about her feud with Katy Perry, “Bad Blood” perfectly mixes exaggerated lyrics with a sassy delivery.

A nice contrast to the previous “Bad Blood”, this song reveals Swift’s softer side with a muted bass line to keep the pace. I feel like if one song could embody Taylor as a person, this graceful and elegant rendition would be the one. The innocent lyrics focus on her entering yet another ill-fated relationship, but only if the lover promises to never forget her.

This song is very cute even though her advice might be a bit simple: apologize, voice your emotions and make grand gestures. I like it because it throwbacks to her earlier music by incorporating acoustic guitar.

Whenever this comes onto my queue I press skip. It’s not that I don’t enjoy whispering harmonies and stories of lost love. But in this case, it gets a little repetitive and lacks a strong melodic hook to keep the listener interested.

The hunting metaphor gets a little confusing at parts but all in all, this fiery account of hiding a relationship from the paparazzi is spot on. But warning, it WILL get stuck in your head.

It took me awhile to realize this was even on the album since it’s the last song and I usually don’t get that far when I’m listening to a CD in order. Regardless, I’m a real fan. I may be biased since it was co-written by the talented Imogen Heap (“Hide and Seek”), but its sad, yet hopeful story with a near perfect bridge left me satisfied and truly glad that I took the time to finish the album. 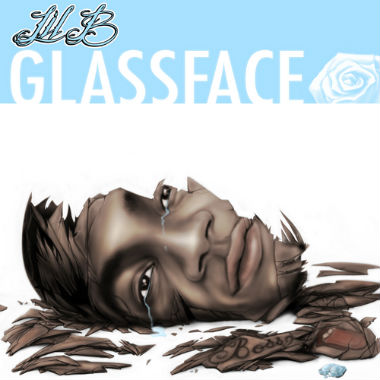