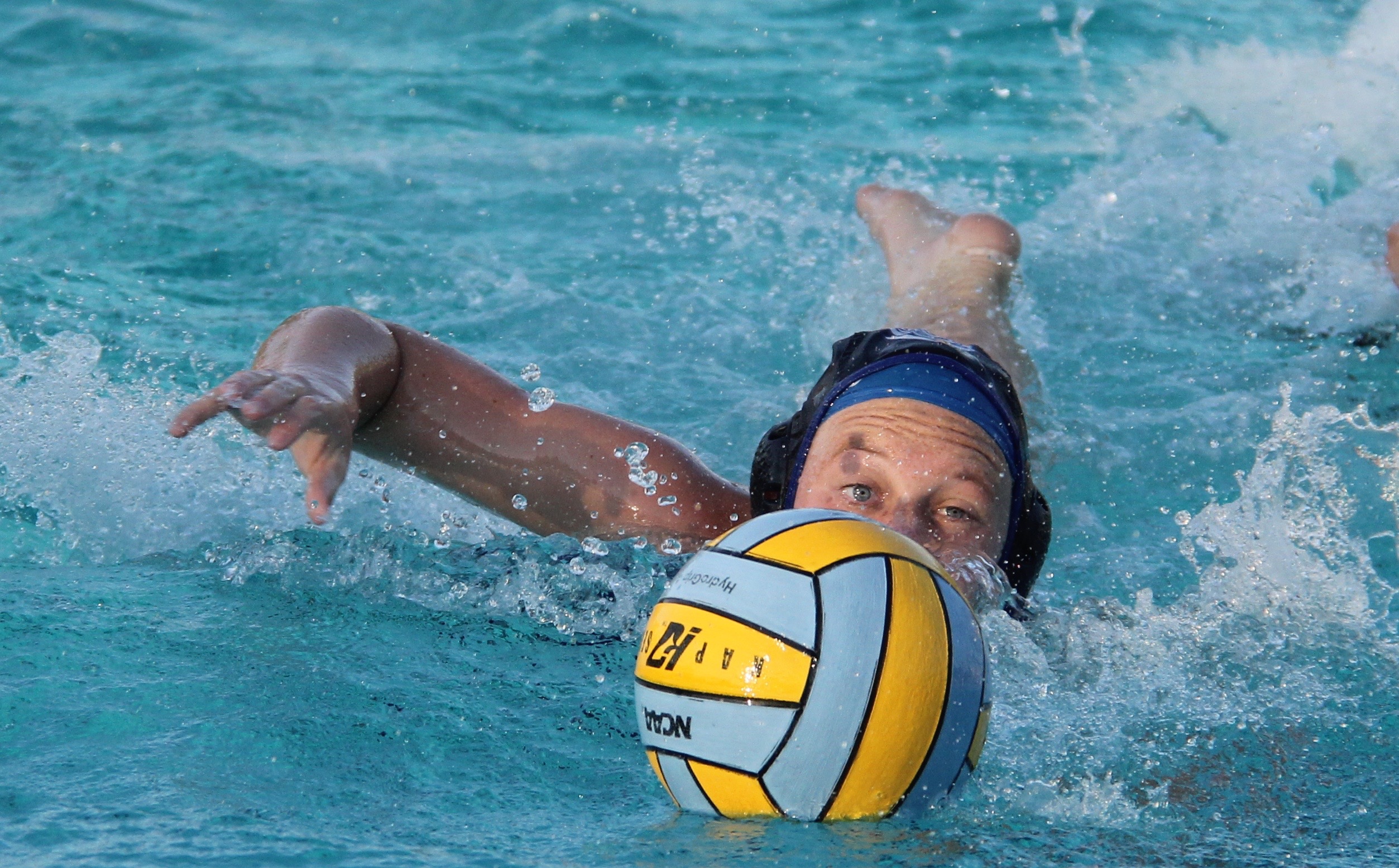 The Davis High women’s water polo team pounded the Vintage Crushers 14-1 in their first home game of the year at Arroyo pool on Thursday, Sept. 7.

The game was tight early on with five strong blocks from sophomore Emily Blackwell in the first half, but Davis struggled to overcome the Vintage zone defense and was forced to take some difficult shots. It appeared to be shaping up to a competitive match.

“They made it tough, playing more of zone defense; we couldn’t really get the ball into the center, and [Vintage] was forcing us to take some outside shots,” coach Doug Wright said.

Finally, senior Alyssa Lengtat eventually opened up the scoring with a slick corner shot from an assist by junior Scout Brown halfway into the first quarter.

Lengtat went on to score again a minute later after a deep lob from Blackwell to put the Devils up 2-0, and would go on to record a whopping five goals throughout the game.

“I felt really confident coming into our first home game against Vintage, which helped me,” Lengtat said.

The Crushers got on the board in the final minute of the first quarter to make the game close again at 2-1, but it was a slippery slope into defeat for the Crushers after their single goal. The Devils responded with a devastating barrage of goals for the duration of the second quarter.

Wright deployed his new strategy of substituting six players in and six players out all at once against the Crushers.

“Generally in water polo I’ll go one, two and three in at a time, but against a team like this, six in six out worked. We just wore them down,” Wright said.

Sophomore Brooke Doten opened up the second quarter with a fast break shot in transition offense to put the Devils up 3-1.

“I feel like the team was prepared for the game and was confident that we could win after our scrimmage with Vintage,” Doten said.

Brown scored with an impressive penalty shot, senior Moira Williams put one in the net in transition, junior Emily Tapio converted on a shot and Lengtat tacked on to the Blue Devil lead once again to finish the half with a commanding 7-1 lead.

Lengtat dazzled the crowd at the beginning of the third quarter with two goals, one a crafty no-look skip shot past the Crusher goalie. Wright accurately summed up Lengtat’s game when he said, “She’s out there killing it. She’s a beast.”

Junior Aly Lodigiani and senior Tori Van Court each produced a goal to put the game out of reach in the final minutes of the third quarter, with a tally of 11-1.

Katrina Sturm defended the cage with a frightening tenacity for the duration of the second half, and saved a Crusher goal on six different occasions.

In the final minutes, Doten pulled off a tricky around-the-back skip shot to score that had fans on both sides of the pool stunned. Juniors Grace Gulsvig and Sofia Dolan each put the ball in the net to completely bury the Crushers with a final tally of 14-1. 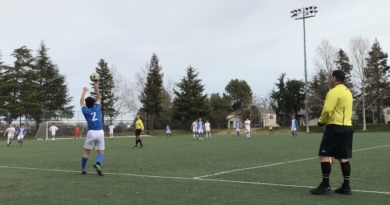 Men’s soccer gets bested by Jesuit

Trojans get revenge on men’s lacrosse in first playoff game