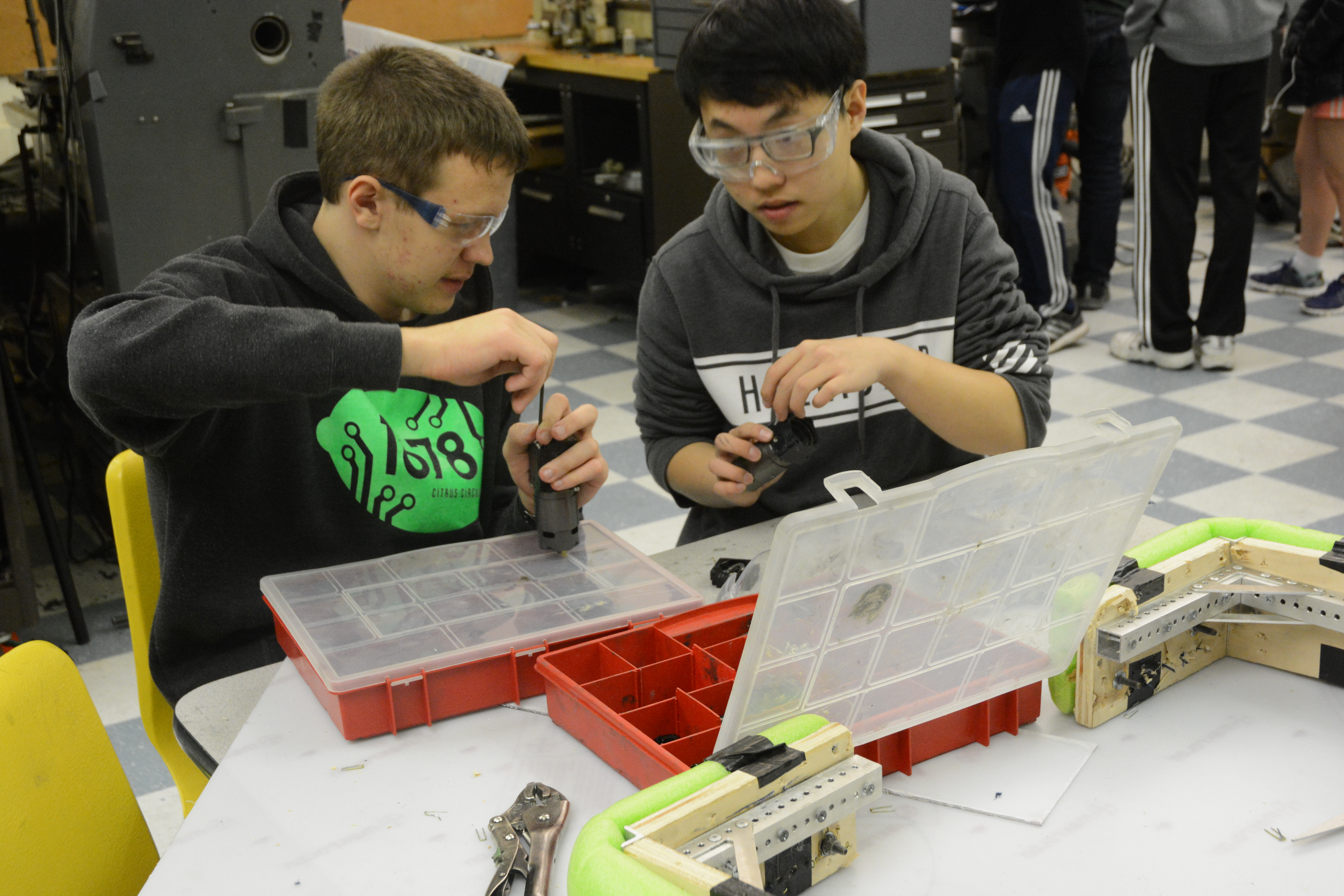 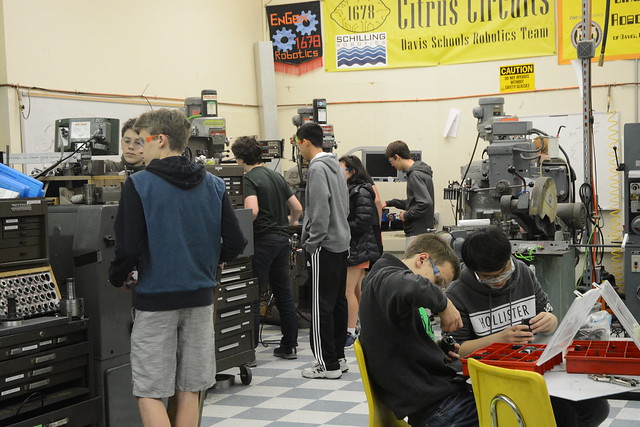 Since build season ended on Feb. 21, the Davis High Robotics team, Citrus Circuits, is working hard to finish and test its robots for upcoming competitions.

This year’s FIRST Robotics Competition is a complex game involving three different tasks: collect “fuel” and deposit it into a “boiler,” collect gears and place them in the “airship” in the arena, and attach the robot to the airship before take off. The steampunk-type game is dubbed “FIRST Steamworks.”

Senior and team captain, Bryton Moeller, has been working hard to ensure all subteams are on track to finish. Though some subteams were a little behind, Moeller said he wasn’t concerned about it because of the experience and dedication of its members.

“Our student base […] is pretty dedicated. So this week we’ve had people working after school for hours into the night, every single day,” Moeller said.

Citrus Circuits mentor and parent Brook Ostrom also noted the dedication of this year’s team members, adding that more students have joined and stayed with the team this year than in previous seasons.

“Everybody’s putting in an enormous amount of energy and time in getting us through build season […] I think the team is on track to really get a good robot built,” Ostrom said.

Ostrom works with the business and media subteam, developing press releases and newsletters, and putting together videos and photos for the website. Ostrom has found through his years as a parent and mentor that the team has made a positive impact on many students’ lives, including his two kids, senior Kelly Ostrom and freshman Daniel Ostrom.

“For Kelly, it was really like the light came on when she started in robotics,” Ostrom said. “It’s given her really good opportunities for internships at UCD, [and] it’s given her a real focus for what she wants to do in college.”

Ostrom added that Daniel has found a passion for videography through his experience on the business and media subteam of Citrus Circuits. “It’s just something, you know, he’d never really thought about before, and so now he’s stepped into it and really enjoying it,” he said.

Moeller, too, added that robotics has made a huge difference in his life. “Robotics is the best thing that happened to me in my entire high school experience,” he said. “It’s the place where I’ve kind of had a home, where I’ve been connected to the people.”

Moeller cited robotics as the source of many skills he and his peers have learned during their time on the team. “Besides those technical skills, people are also learning leadership, they’re learning basic responsibility,” he said.

Senior and mechanical lead Avery Phimmasehn found that he learned other life skills as well. “Teamwork — you can get that from any sports team, but I definitely learned that on [Citrus Circuits].”

Citrus Circuits is looking forward to the first competition, the Central Valley Regional, on March 11.

Citrus Circuits is a former World Champion in FIRST Robotics. As a result, Phimmasehn has high expectations for this year. “We’re expecting nothing less than to try to make it back onto that field this year.”

Moeller, Ostrom, and Phimmasehn all emphasized that robotics has something to offer every student, no matter where their interests lie.

“Robotics isn’t for nerds,” Phimmasehn added. “It’s for everyone.”

Information about the robotics class offered at DHS can be found in the 2017-18 course catalog.

Photo of the Day: January 9 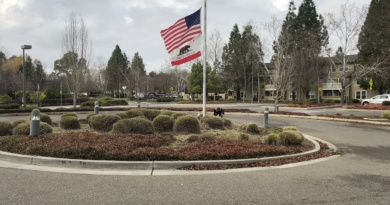