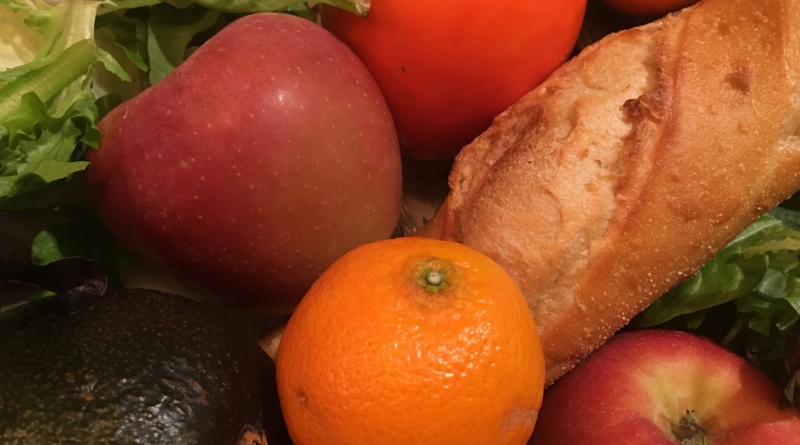 If you visit a restaurant or store near you, chances are they will have some special options for vegans.

In recent years, veganism has spread throughout the U.S. From 2014 to 2017, the amount of people in the U.S. identifying as vegan rose from one percent to six percent, according to a GlobalData research report.

The diet has gained popularity for a variety of reasons.

Van Muyden entered the Woodland Public Library on 1st St. to attend a series of health and diet talks. By the time he exited the building’s double doors, he had a newfound resolution to live more nutritiously.

“My goal is to be healthy and die healthy,” Van Muyden said, grinning at the oxymoron.

But it is not just a joke. Van Muyden believes that, with a more nutritious lifestyle, he lives with more ease than many 60-year-olds in the U.S.

During lunch, Van Muyden retires to his chemistry lab storage room. In the midst of beakers and boxes, he uses the island counter to slather peanut butter and jam onto two slices of bread. It is a hearty, vegan meal packed with protein and a hint of sweetness.

Veganism can also be employed to aid mental health.

Lydia Chu, nutritionist and owner of the tuxedo shop Elan Image in downtown Davis, has utilized a rigorous plant-based diet to face struggles of insecurity and low self-esteem.

Chu was born in South Korea, but relocated to Mesquite, Texas when she was 10. In Texas, she and her siblings were the only Asians attending her school.

“It was difficult to grow up being different and I wanted so desperately to be like the rest of my peers,” Chu said.

Her insecurities remained with her as she worked with her family to make ends meet and peers bullied her for her appearance.

However, she has since learned to boost her well-being through awareness of her health, including the food she chooses to eat.

“I have learned that unless I appreciate and take care of myself, I won’t be able to truly appreciate what life has to offer and find true happiness,” Chu said.

Aside from health, animal cruelty is a major issue for vegans.

However, Angermann has admitted to difficulties she has encountered while studying abroad.

In Wellington, New Zealand, it took some time for her to find a store selling vegan toothpaste. “It wasn’t too hard, just kind of annoying,” Angermann said.

To her dismay, Angermann failed to find a completely cruelty free hair heat protectant in Wellington. She couldn’t find a product produced by a company that avoided animal use both in and out of the U.S.

Fortunately for Angermann, Amazon sells many of her vegan products.

Searching for restaurants that offer vegan options can also prove challenging. Although the number of vegans has increased, vegan presence in the U.S. is still marginal enough for restaurants to dismiss the creation of a vegan menu.

“When I go out to eat with friends to a new place, I might check the menu ahead of time or call the restaurant so I’m not being annoying asking lots of questions when we get there,” Angermann said.

However, a variety of restaurants do offer vegan choices.

Darin Schluep, the Food Service Director for the Associated Students Dining Services at UC Davis, contributes to making the UCD Coffee House menu accessible to as many students as possible. The business had been serving vegetarian and vegan items since it was founded 50 years ago.

When Coffee House staff file into a meeting regarding menu adjustments, they attempt to consider all factors.

Despite efforts made by businesses, the time and focus required to lead a vegan life can prove too challenging for some.

“It [was] really hard to find food that [didn’t …] feel like plastic in your mouth,” Postema said. “I ate the same food every day because everything else I could find was […] just so not good in my opinion.”

Today, Postema is no longer vegan and enjoys a lifestyle that allows ice cream and mac and cheese

But, ultimately, the value of the vegan lifestyle differs from person to person.

A different twist on the holidays you know and love

Students give back during the holidays through STEAC