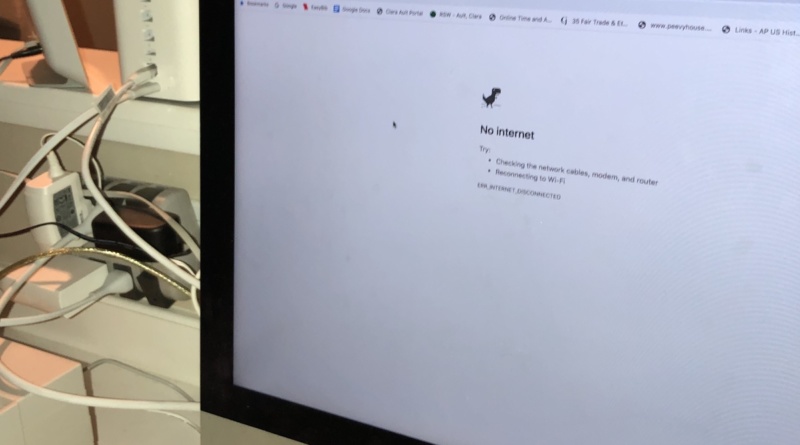 PHOTO: After a massive Wi-Fi outage affecting areas in Davis, Woodland and West Sacramento took place Thursday morning, many students and teachers were unable to attend their online classes.

“Wave customers in Woodland, West Sacramento and Davis, CA, areas– you may experience a service disruption due to damage from construction site. Our crew is working as quickly and safely as possible to restore services. Thank you for your patience!” Wave wrote on Twitter.

In a world heavily dependent on network connectivity, students and teachers had to quickly adjust after getting booted from their virtual classrooms.

“I was in second period Physics Honors [when] the Wi-Fi went out like maybe 30 minutes into class. I thought it was just my own Wi-Fi and then I texted my friends and sent an email to my teacher and they were like yeah people [are] having Wi-Fi problems,” junior Tobey Kim said. “I had to FaceTime a friend who was on the Zoom call, and they pointed a phone at their monitor so I could see the class.”

Kim’s next two classes were either optional if you had Wi-Fi or canceled altogether. His AP Biology teacher also ended up pushing back his test to Monday from Friday.

“We had a test on Friday and we hadn’t even finished the chapter […] and it was Thursday so we were supposed to take notes during class and review a little bit but then everybody’s internet went out. I heard there were like 16 people in the class so she moved the test back one day but we didn’t really have the chance to make up what we missed. We had to kinda figure it out on our own,” Kim said.

Math teacher Kurt McCormick was teaching Precalculus when his Wi-Fi went out and stopped class.

“I was unable to host a Zoom meeting through the internet even with a hard-wired connection to my modem, and the mobile data connection on my phone was insufficient to host a meeting so I had to cancel period two, four and six, even though I tried to keep classes going,” McCormick said.

McCormick didn’t assign homework Thursday night and gave his lecture the following day. It was frustrating for him to lose a day of instruction when on an already tight learning schedule.

“Given the shortness of the quarter schedule we are under, it was difficult losing a day of instruction. However, I think it was the right decision given how many students were also affected by the outage. Had we been in a ‘normal’ school year and roughly half of my students were prevented from attending class because of an incident beyond their control, I would feel compelled to make up the instruction they missed,” McCormick said.

For senior Nathan Lee it was just another day.

“I was in AB Calculus and my teacher just recorded the lecture and posted it. I don’t even normally go to stud gov, and I teach most of the online material to myself anyway so it didn’t really affect me,” Lee said.

Doug Wright, the Ceramics and AP Art History teacher, was able to use his Wi-Fi hotspot to continue class, and he recorded the lecture for the students unable to join.

“I just sent an announcement through Canvas including a link to my lecture for that day,” Wright said.

Although inconvenient, Wright felt the Wi-Fi outage happened for a reason and gave them an opportunity to step away from work for a bit.

“I think it is okay when things like that happen. Powers greater than us allow those things to happen because we probably needed a bit of a break.  Seems silly how we all take it so seriously, including myself […] we all freak out. When I was a kid […] this would have never happened. We didn’t have the stupid internet. We just lived,” Wright said. 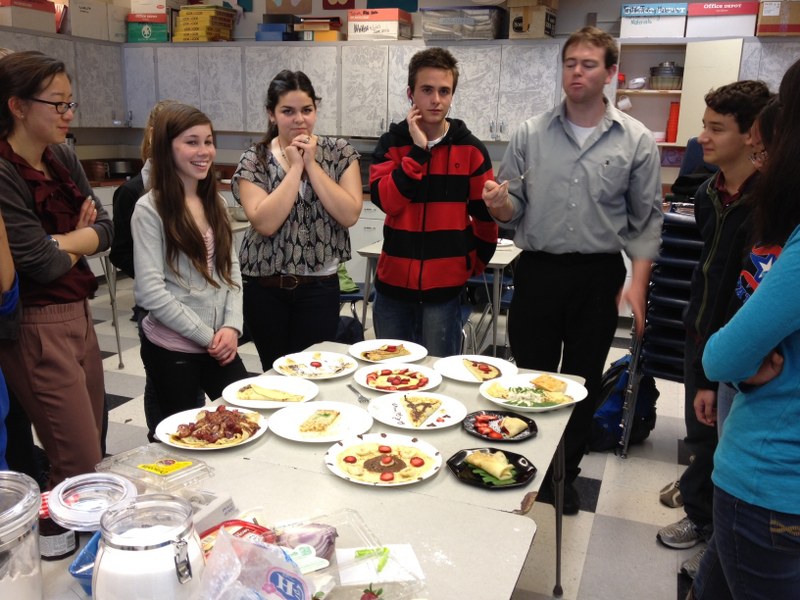 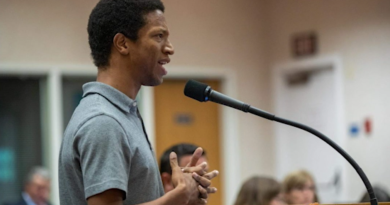