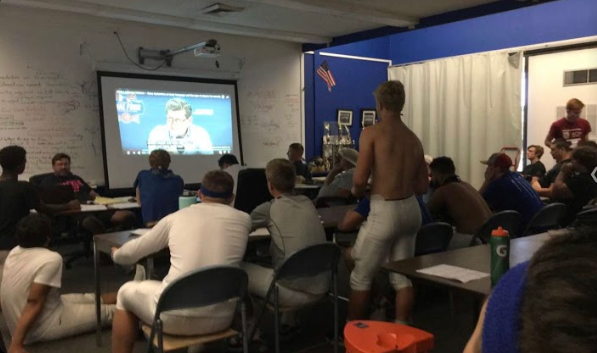 PHOTO: The varsity football team watches a video together in preparation for the Homecoming game on Friday.

By Nico Dwyer and Saul Israel,

On Friday, Oct. 11, Davis High will be hosting one of its biggest sporting events of the fall, attracting spirited students and alumni to the Tom and Mary Brown stadium. This year, the Blue Devils take on Pleasant Grove at 7:15 p.m. for the annual Homecoming football game.

Although the Homecoming game is anticipated by fans for weeks, the varsity football team is preparing for the big game like any other game.

“It’s just another game for us,” junior linebacker Zach Brooks said. The team is not switching up their game plan too much for the game.

Coming off consecutive losses against Elk Grove and Cosumnes Oaks, Pleasant Grove, 1-2 in league, may hope to bounce back against Davis, currently 1-1 in league.

With comparable passing and rushing yards, the game will be decided by the efforts of the defense. Pleasant Grove’s defense is led by senior Matthew Nickerson and junior Logan Ellner who lead their team in total tackles, with a respective 25 and 15. DHS will need to play a strong game in order to come out victorious.

“We’re not preparing any differently for the Homecoming game because to us, it’s just a normal game,” senior Kel Williams said. “We’ll just go out there and play our hardest no matter who the opponent is.”

Pleasant Grove will be led by senior quarterback and wide receiver, Jacob Couchot, who has started their last two games. Couchot currently averages 78 yards per game.

In their previous games this season, senior quarterback Nathan Valencia started and still leads the team in yards per game. However, Valencia has played minimal minutes the past two games.

One advantage for the Blue Devils is the return of their own senior quarterback and wide receiver, Payne Barksdale. Barksdale played his first game in over a year last week against Sheldon after being cleared from injury.

Last week in the 47-7 win for DHS against Sheldon, Barksdale scored a touchdown as wide receiver. Later that game, he ran for a 60-yard touchdown, although it was called back due to a holding penalty.

“Personally I’m taking it slow, coming off a shoulder injury but I’m still getting back into the groove of things,” Barksdale said.

The  game is a must win for DHS to keep their playoff hopes alive and continue a lively Homecoming weekend, leading into the dance on Oct. 12. 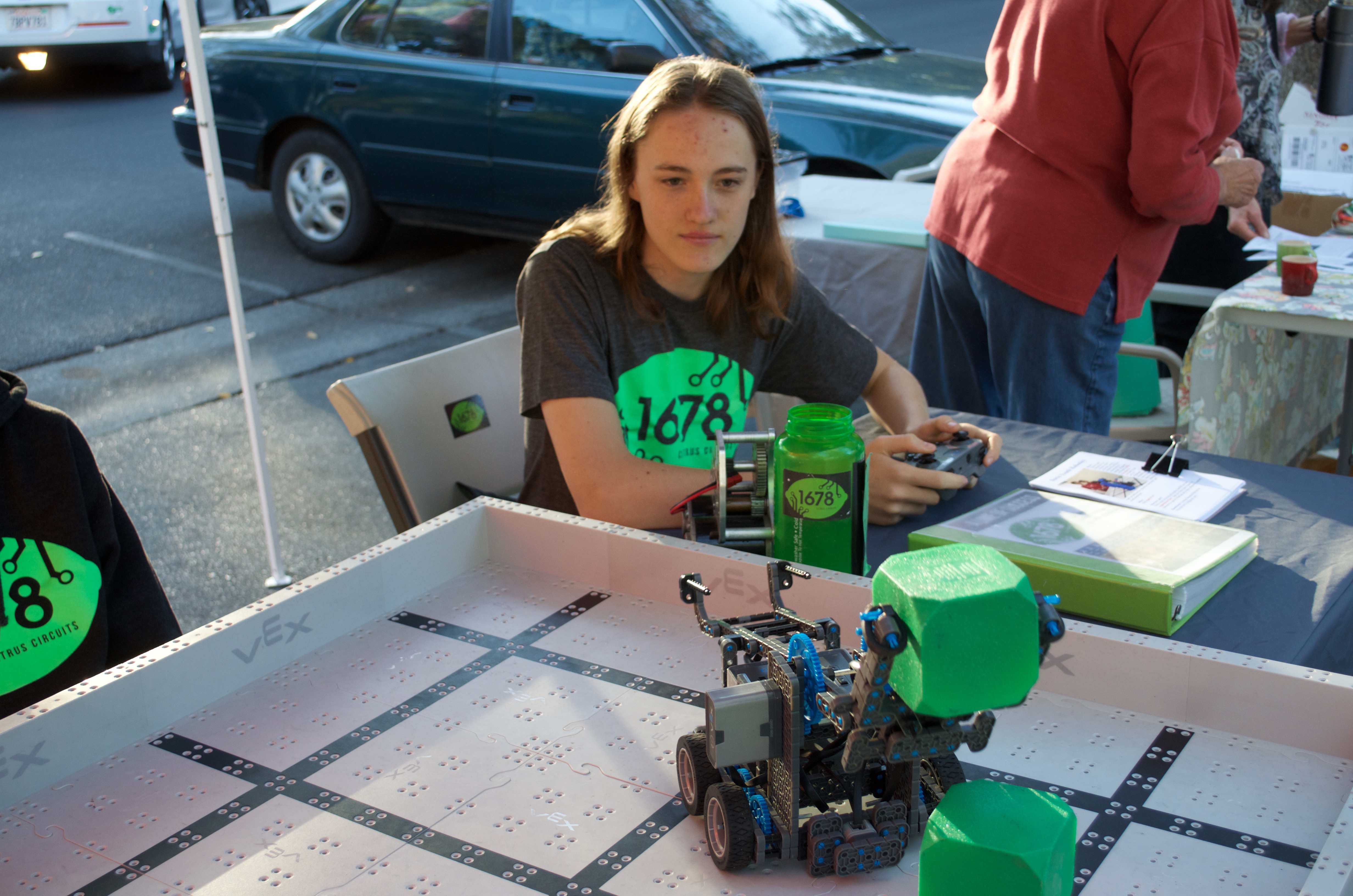 Citrus Circuits reaches out to community 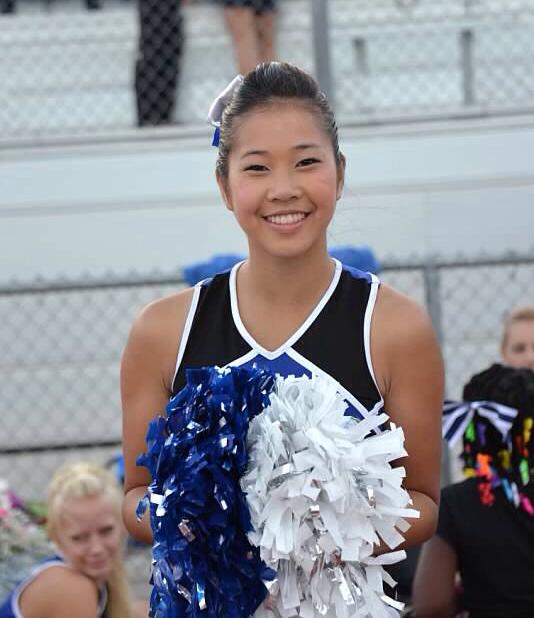